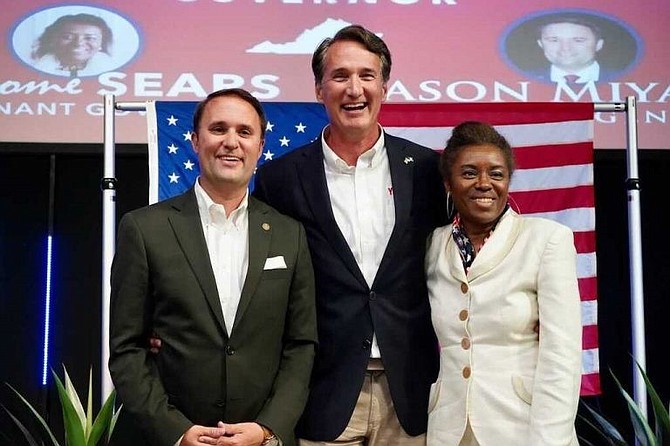 The statewide Republican sweep of Governor, Lt. Governor and Attorney General along with recapturing the House of Delegates should not come as a surprise to most Virginians who have followed the campaign issues over the past few months. The vast majority of Virginia voters do not want to deal with extreme politicians or policies from either Democrats or Republicans.

Glenn Youngkin won the governor’s race because he focused on Virginia’s issues; the economic concerns of inflation, reducing governments growth and mandates, along with addressing the concerns of parents over educational extremism taking place in our public schools. His campaign became a movement, where tens of thousands of Virginia Democrats voted for Youngkin because he did not nationalize the race and focused on local and statewide issues voters cared about.

Terry McAuliffe’s campaign was based on the obsession of race and Donald Trump. McAuliffe constantly used race to divide Virginia voters with a misconception that there was a political gain by dividing the Commonwealth on racial issues. He constantly tried to compare Youngkin to Trump, attempting to scare voters away from the Republicans. Identity politics did not work and voters did not fall for it.

Instead, voters elected the most diverse statewide ticket in Virginia history. Winsome Sears, a black woman born in Jamaica, and Jason Miyares, the son of a Cuban immigrant, were not elected to office because they were Black and Latino but because they had better policies. Sears ran a positive campaign, highlighting that Virginia and America is a welcoming place that provided her the opportunity to succeed due to desire and a hard work ethic. She never believed that you cannot be a success in life due to your race and she spoke out against the false premise that America is a racist country.

Miyares will serve as our next Attorney General and will prioritize public safety and embrace our law enforcement officers. Virginia needs the rapid increase in crime to decline and he will make sure the law is concerned more about victim’s rights than criminals’ rights.