Alexandria experienced some of its worst flooding in years as tides 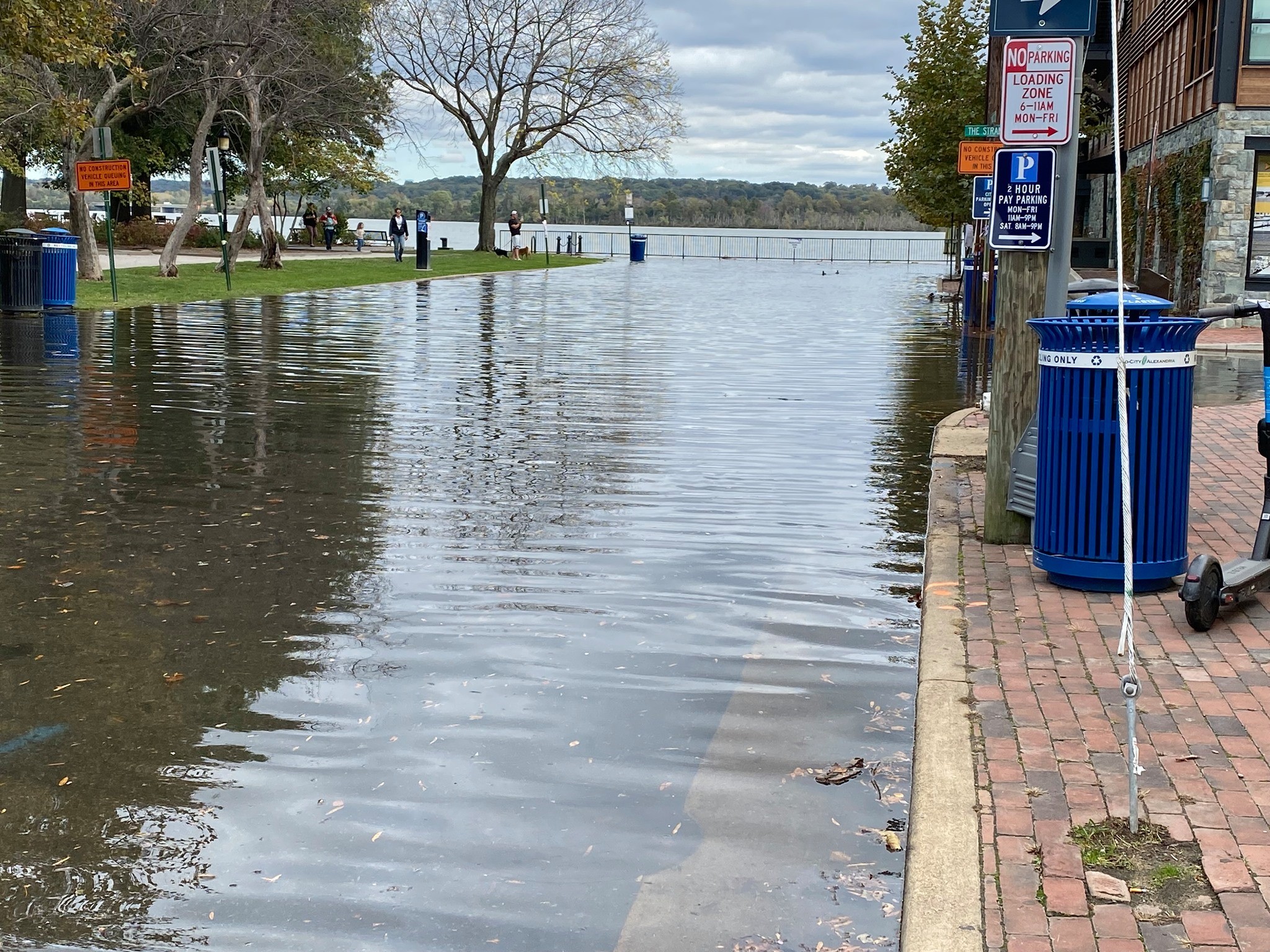 The Unit block of Prince Street is under water following tidal flooding Oct. 29.

combined with winds and heavy rains Oct. 29 to force tidal waters to near-record highs for the region.

Flood waters rose to the third highest ever recorded for coastal flooding along the Alexandria waterfront. Flood water normally contained to the unit block of King Street stretched from Queen to Prince Streets and submerged parts of the waterfront parks and docks.

Alexandria Police closed several streets in Old Town as businesses tried to stem the damage with sandbags. Union Street was closed from Prince Street to Quay Street along with the Unit and 100 blocks of King Street and the Unit block of Prince Street. Many businesses, including the Torpedo Factory Art Center, closed down for the day. 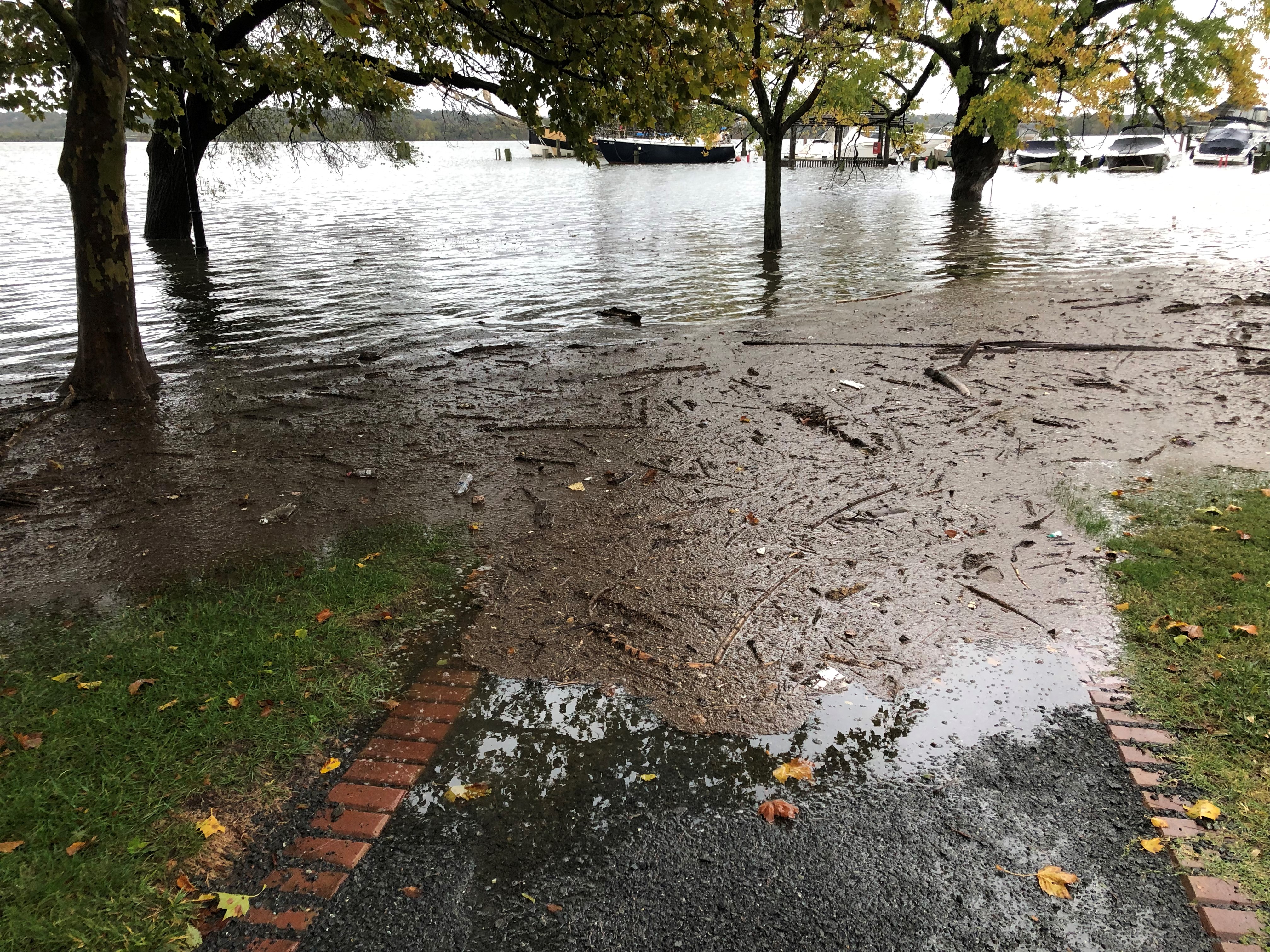 Portions of Founders Park are under water Oct. 29 following extensive tidal flooding.
Historic flooding affected parts of the Chesapeake Bay, including Annapolis, and along both the Maryland and Virginia shores of the Potomac River. In Alexandria, flood waters reached their peak of 5.99 feet Oct. 29 around 3:30 p.m., the third highest on record for the city.