Handles out is the preference of workers and makes things go faster. 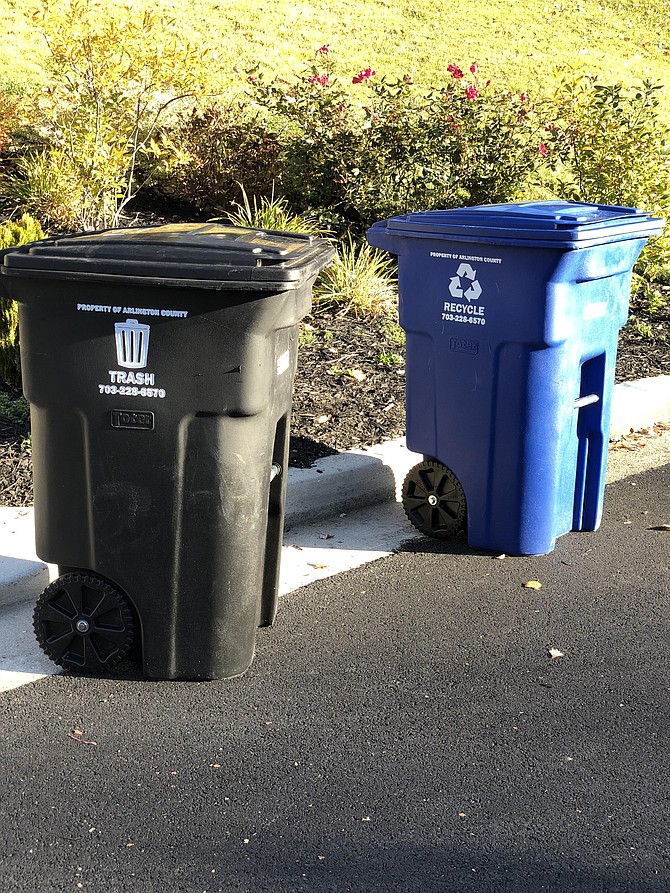 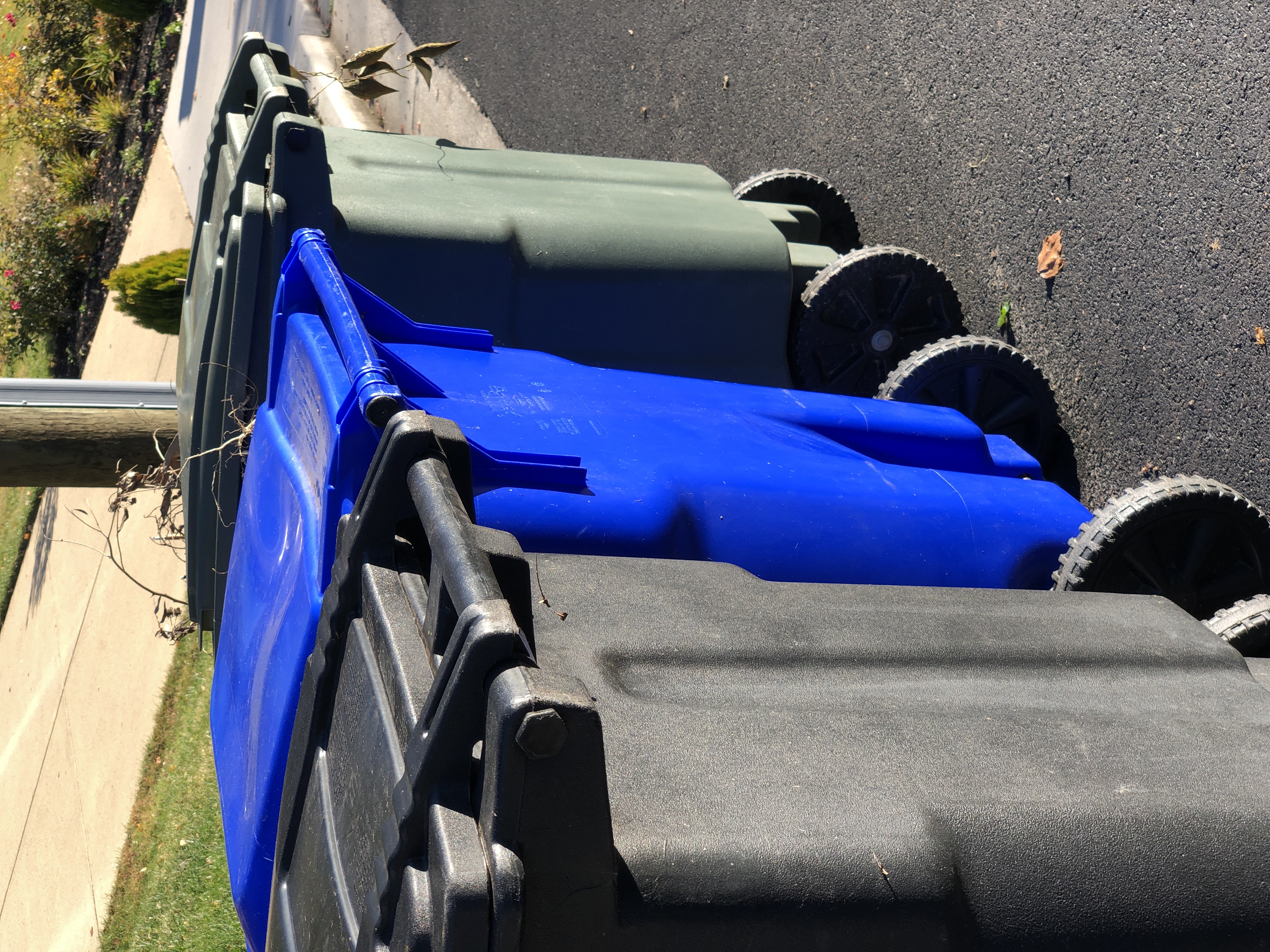 Trash cans put out on the street handle out. More helpful for the sanitation workers. But these are too closely lined up: separate them a bit.

Which is the right way to position your trash can when you place it on the curb: handle out or in? The debate broke out on Nextdoor, the website many Arlingtonians use to address important issues like snake identification and noisy gas blowers.

Many believed the Arlington County website instructions (handles in) were not debatable. “Why wouldn’t you follow the country’s instructions?” exclaimed at least one person. But there is one good reason why putting the cans with handles out makes sense. After the debate broke out, several residents asked the sanitation workers what they prefer.

“It’s easier to grab onto the handle if it’s facing out,” one worker said, and he seemed pleased to be asked. While the original reason for putting them out with the metal bar facing the street (and the wheels and handle facing the house) was for the truck to lift the can automatically, many sanitation workers don’t use the lifter unless the can is unusually heavy.

Arlington resident Steven Anders confirmed this, “I sort of feel this is like the toilet paper "over or under" discussion.  I did ask the collection team this week their preference, and he said "handle out."

Most trash websites also ask residents not to put the cans too close together and to line them up instead of putting some behind others.

The other refrain that always comes up when talking trash: please don’t put plastic bags in the recycling bin or bag your recyclables in anything other than paper.