Should the County Claim Proxy Voting Rights at Lake Anne in Reston?
Votes

Should the County Claim Proxy Voting Rights at Lake Anne in Reston? 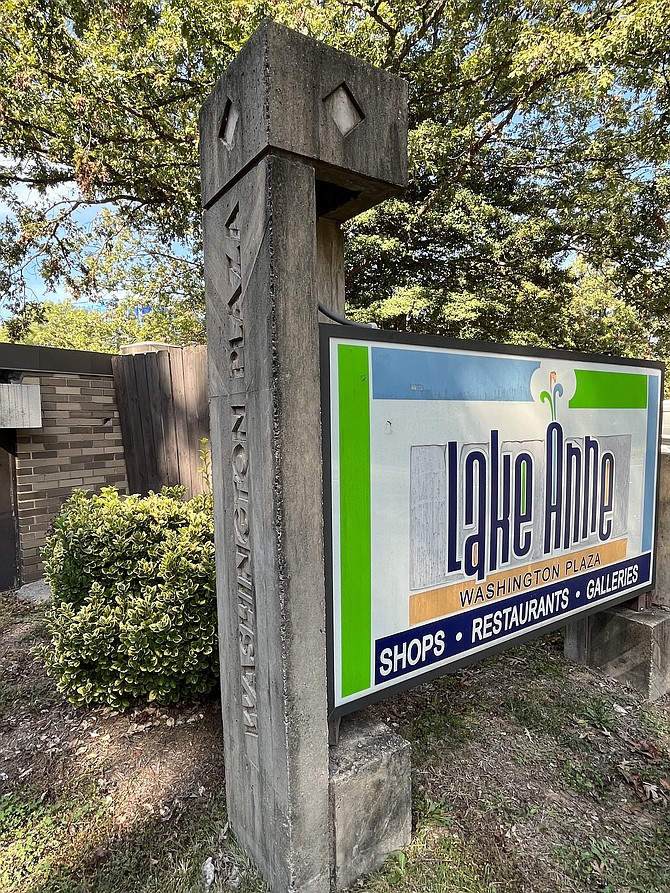 Lake Anne offers shops, galleries, restaurants, other commercial units, and residential units, all part of the five buildings, plaza, and a parking lot owned privately by the 131-members of the Lake Anne Reston Condominium Association. 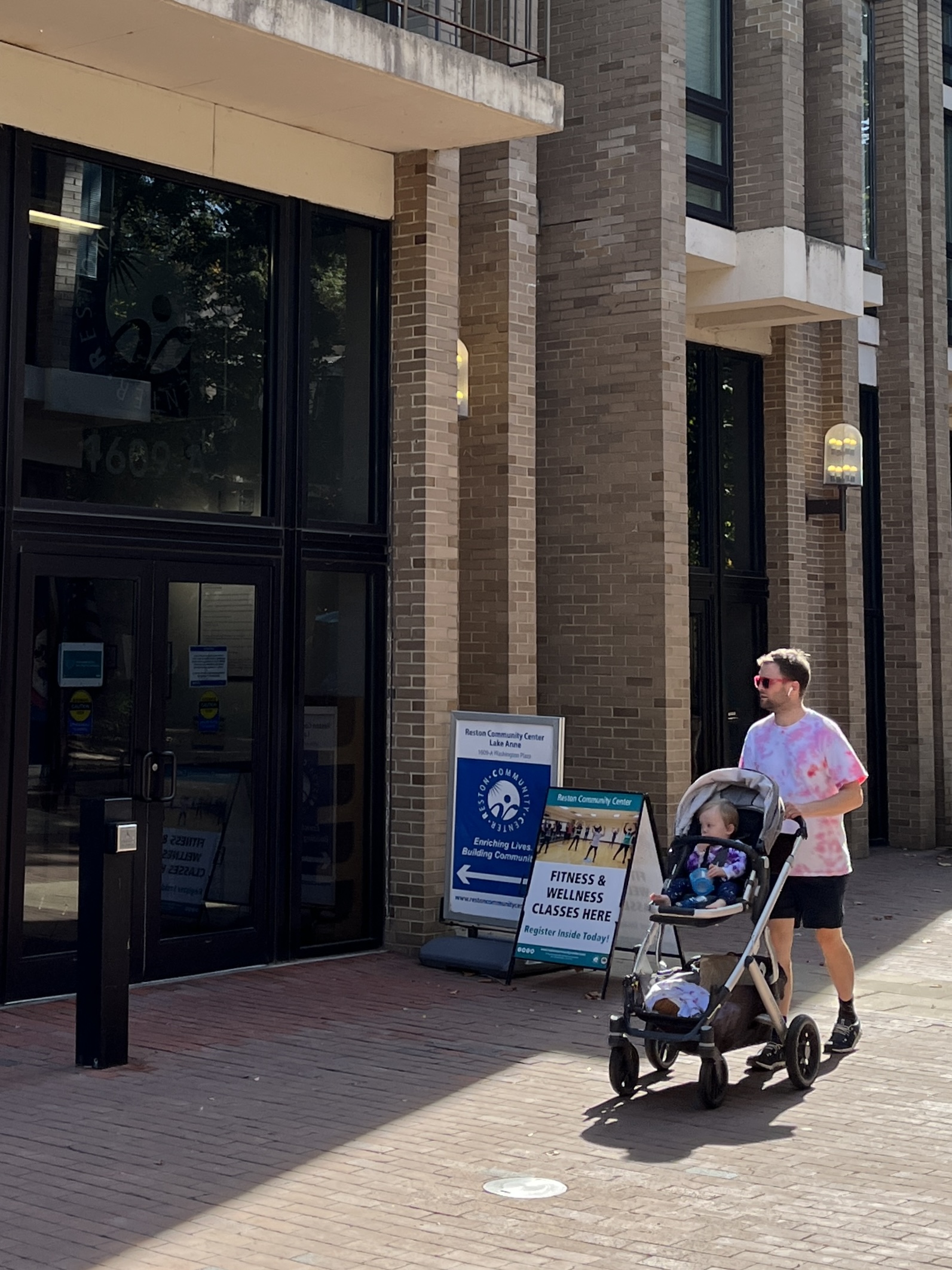 Reston Community Center Lake Anne: The facility is located at three units 1591/1609A/1609B Washington Plaza leased to the Board of Supervisors of Fairfax County.
The 2020 Board Elections for Lake Anne of Reston Condominium Association rained division among its directors. It led two directors to identify as president, one entrenched holding the association's purse strings and the other seeking appeal in court.

Additional ramifications of last year's board election are coming to the forefront of the 2021 election. Opinions differ night and day among LARCA members on who should and should not carry the proxy vote for units leased by the Fairfax County Board of Supervisors. Being heavily weighted at seven percent for LARCA board voting due to the size of the combined units, the votes carry unprecedented power.

Opinions also vary based on LARCA's management to resolve the intermittent lack of hot water lasting for months in some units, and the reported "serious deficiencies" in units including structural concerns… that "may pose a current life safety issue immediately," according to the Draft Report, Cursory Condition Assessment prepared for Fairfax County Department of Public Works and Environmental Services 2021.

The total estimated cost needed to fix the deficiencies of various levels for each of LARCA's five buildings, plaza, and the parking lot owned privately by its 131-members is $37M.

On Sept. 13, 2021, Supervisor Walter Alcorn (D), who represents the area on the Fairfax County Board of Supervisors, said to a public gathering of unit owners, "One of the challenges that frankly you have as a community is coherence…The divisions in the community are well known. I'm mean; it's in court. It's allegations of criminal activity. I encourage you to think beyond those divisions and what's next."

On Sept. 23, a group of 43 "LARCA owners and Fairfax County taxpayers" sent Alcorn a petition letter. Referencing the upcoming Oct. 27, LARCA Board Election, signers said, "Please allow us to help ourselves by honouring your lease provision and taking back the proxy voting rights [for condo units leased to the County] — thus adhering to good public policy per ‘One Fairfax.’"

According to the County of Fairfax Expense Lease at Lake Anne Village Shopping Center Agreement, the Board of Supervisors is the tenant leasing space in three units, 1591/1609A/1609B Washington Plaza, Reston. The County uses the Lake Anne condo units as facility space for Reston Community Center, which is publicly funded by Small District 5 taxes. The Sept. 23 letter to Alcorn reads, "as LARCA owners and Fairfax County taxpayers, we ask that you claim the proxy from the RCC landlord in time for the 2021 election on Oct. 27, 2021."

Reston Community Center is governed by a nine-member Board appointed by the Fairfax County Board of Supervisors after the residents and businesses of Small District 5  express their preferences in an annual poll.

The petition signers say in their letter to Alcorn that "the lease between the County and the property owner clearly states that the County may hold the "proxy" for voting (Section 7g)."

According to SECTION 7(g) of the "County of Fairfax Lease Agreement" dated August 16, 2010, "Landlord shall, at the option of Tenant [Board of Supervisors] formally designate the Tenant [Board of Supervisors] to be its designee or proxy with regard to any and all LARCA matters, or elections related to the Premises, except voting on LARCA fees and assessments payable by Landlord."

Referencing the 2020 LARCA Board Election, the signatories on the Sept. 23 letter to Alcorn flagged multiple concerns. "It appears that a mistake was made in 2020, and the voting percentage was used in a Board election." While each unit owner has a single vote for each board position, LARCA weighs the votes based on the percentage of ownership within the LARCA's property that the unit represents.

The signers also contend in their letter to Alcorn that "most owners of the property voted for different candidates [in the 2020 Board Election] than those claiming victory, but they could not overcome the large percentage (7%) assigned to the unit[s] occupied by RCC."

The signatories further claim in the letter that the County, by allowing the  percentage vote of the Landlord to be used in a condo election, creates "an unequal balance of power and conflict of interest."

"Using taxpayer money to do so is not in the best interest of our community and especially unfair to our minority commercial owners burdened with significant assessments; and who will be disproportionately affected by further special assessments to address our infrastructure issues," they wrote.

Commenting on the Sept. 23 letter, Supervisor Alcorn wrote in an email: "I forwarded the letter expressing concern about minority condominium owners to the RCC board for their consideration. I have full confidence in that board — including the three members that were just re-elected by the community last month — to do the right thing."

Leila Gordon, executive director of Reston Community Center, wrote in an email: "RCC has had an excellent relationship with our Landlord since 1999 when RCC Lake Anne opened. The lease stipulates the proxy provision in the context of Section 7, ‘Leasehold Improvements,’ and specifically notes that the Landlord's proxy isn't available when the matter is related to ‘voting on LARCA fees and assessments payable by Landlord.' RCC views the election of LARCA Board officers to be wholly unrelated to any issue of Tenant Improvements and entirely germane to issues of fees and assessments and would therefore be the sole concern of the Landlord. We remain satisfied with the present arrangement."

LARCA member Maysam al Faruqi said, "The lease provides that [the County] can keep the proxy, which they did until a couple of years ago. The problem is that, whether the County itself votes in Lake Anne elections or the Landlord, whose interest is directly tied to the County since they lease [the] space, there is a conflict of interest. There should be no vote from this space for a Board that needs to handle the $37M repairs review conducted by the County and the offer of the County to help with that. There is a direct conflict of interest here with the County.”