Hoofing It for Donations in Herndon
Votes

Hoofing It for Donations in Herndon 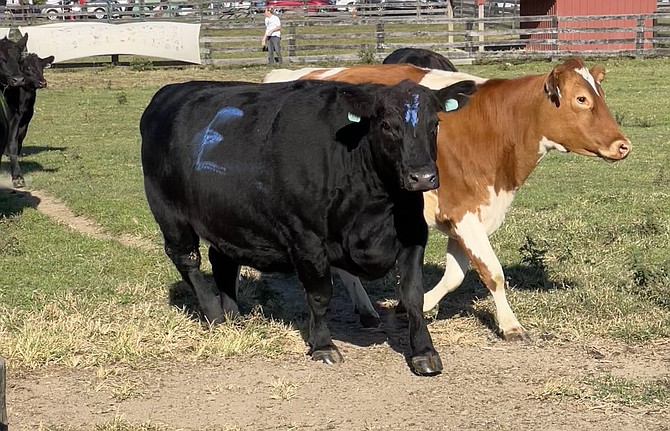 Race day’s dawn at Frying Pan Park broke sunny on Friday, with a bit of 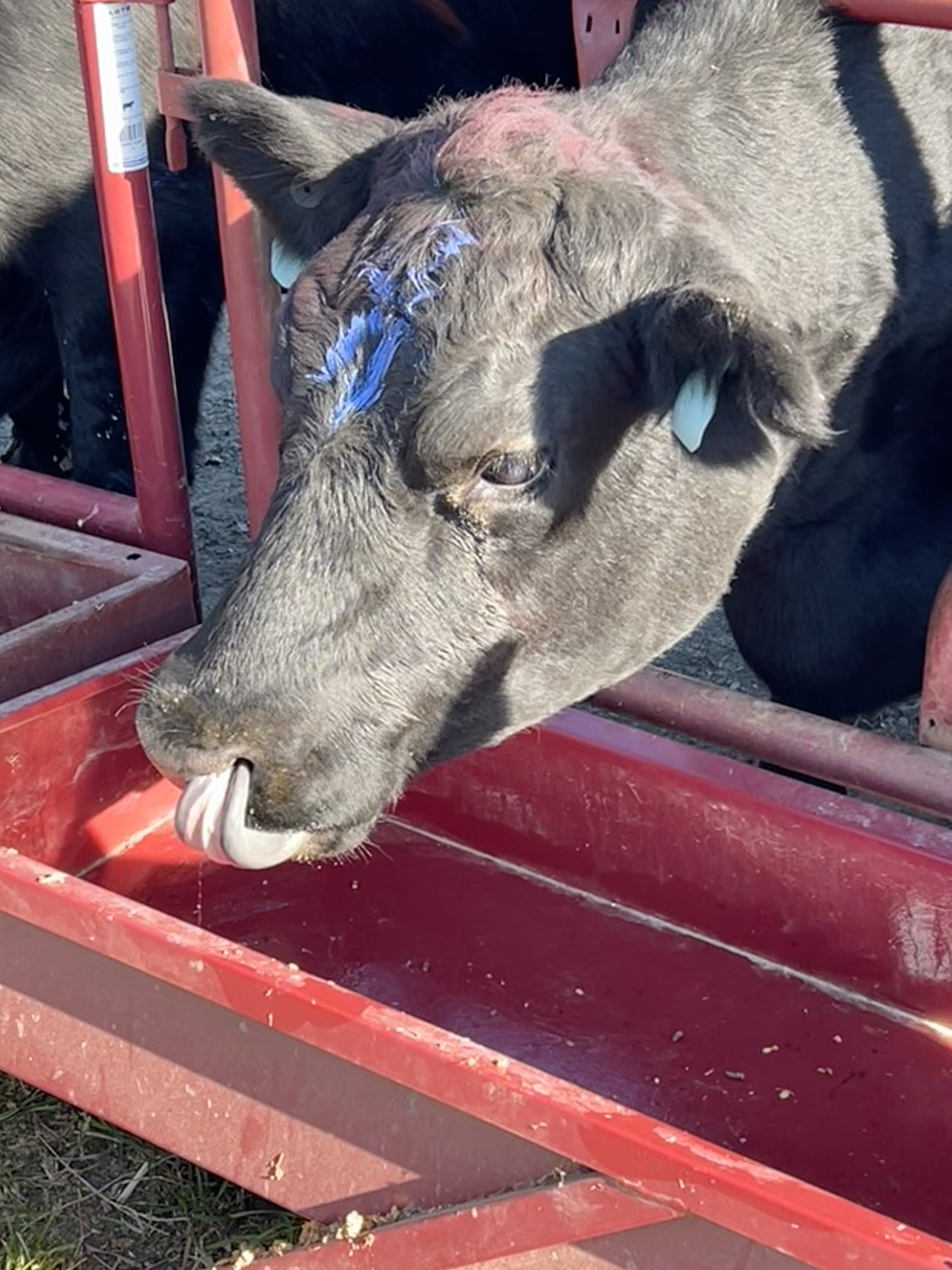 2021 NASCOW race winner, Evee, demonstrates her winnings are good to the last morsel and long lick
wind, as the thoughts of nine resident cows steered toward hoofing it for the special sweet grain, and for the title of winner of this year’s NASCAR fundraising event. The ladies, some Angus, Hereford, Jersey, and Guernsey cows of various ages, were udderly eager to help fund racing for the care of all the animals at the working farm.

The winner earned first dibs on a prize spot at the feed trough, though all participants were milking the opportunity to share in the winnings: a special blend of spent brewer’s grain.

As they approached the finish line, the experience of last year’s winner Marybelle, was clear as she set a fast pace mooving around the starting fence and passing early leaders. But in the end, Evee’s compact, low-set beefy Angus body put her in position for the win as she blocked Marybelle and the other racers nearing the finish line.

Other fans selected individual cows to sponsor with donations, which at race time, had reached over $13,000. As Alcorn said, “This park is a jewel for families in this part of Fairfax County, as it continues to achieve [farming] which used to be dominant in this county not too long ago.”

The park is still accepting operating donations at the park and at www.friendsoffryingpan.org.