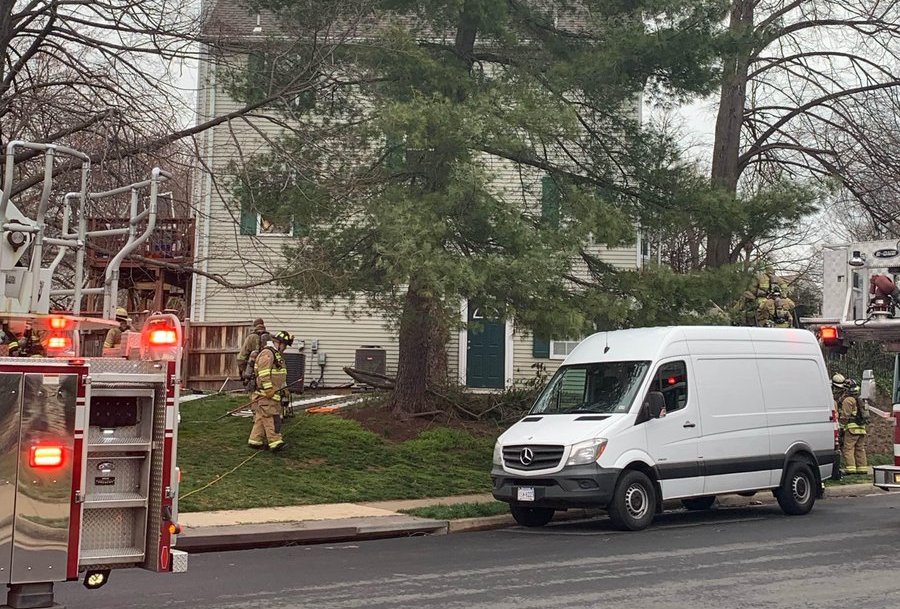 Units from both the Fairfax County and Metropolitan Washington Airports Authority fire and rescue departments were dispatched to the scene around 9:22 a.m. Initially, the two-story building showed no sign of smoke or fire; but crews quickly found flames in the main electric box to the rear of the home.

There was some extension of the fire into the void space between the basement and first floor. The blaze was initially held in check until power to the home was cut off. Then firefighters were able to finish extinguishing the fire.

Two people were home at the time of the fire, which they discovered after smelling smoke. They quickly went outside and called 9-1-1. Their smoke alarm didn’t sound until after the fire was located.

Fire investigators determined that the fire was accidental. They say it started in the wiring in the electrical panel box in the basement. The incident displaced four people, and damage was estimated at approximately $30,000.