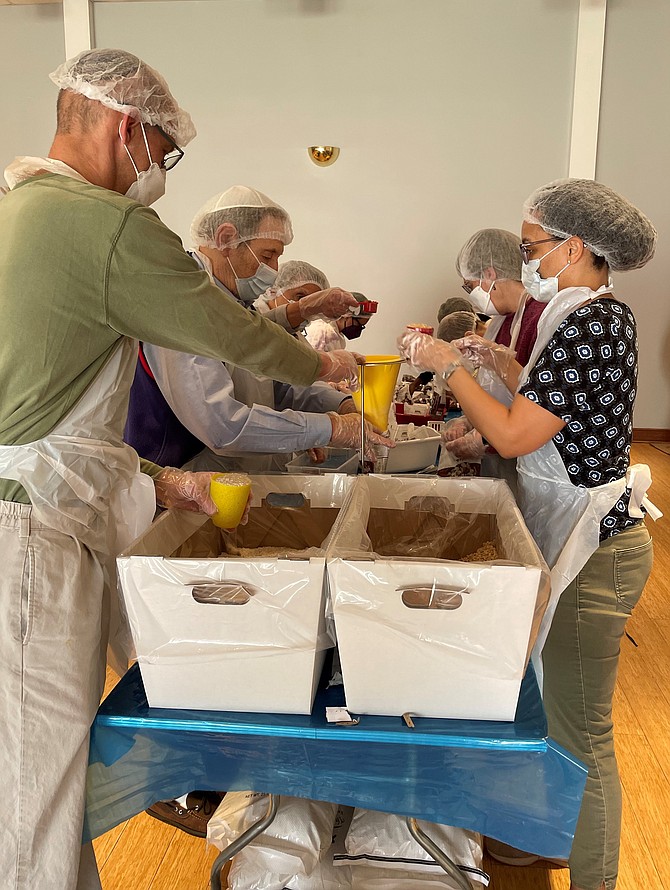 More than 20,000 meals to combat hunger are assembled by volunteers from Agudas Achim Congregation and Alfred Street Baptist Church as part of Good Deeds Day April 3. 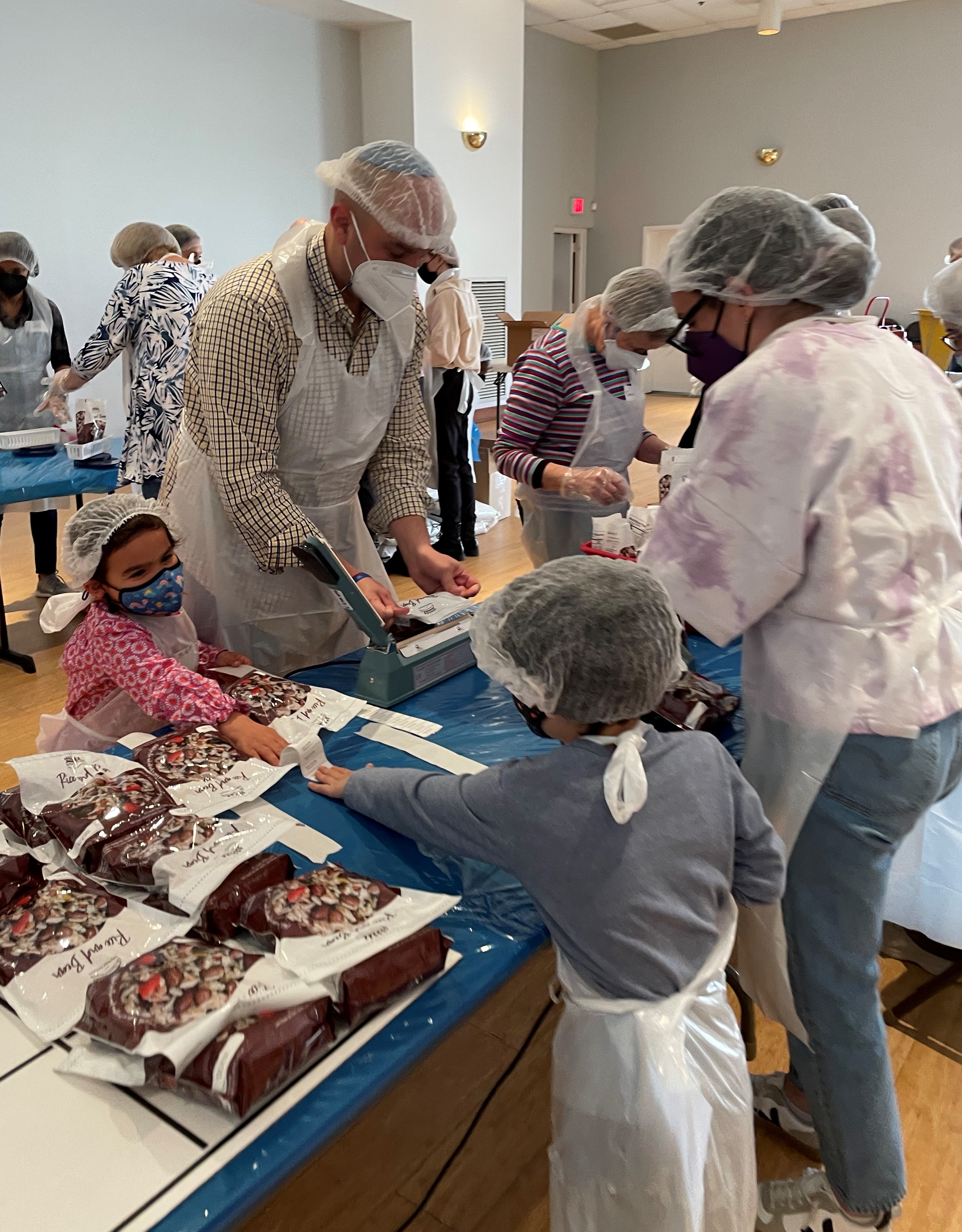 “We are packaging rice, beans, flavoring – it’s like an assembly line,” said Agudas Achim volunteer Samara Weinstein. “We weigh, measure and pack everything up then bring boxes of meals to a shelter.”

According to a Virginia SNAP-Ed Food Security Survey, children in 29 percent of households are impacted by food insecurity.

“Right now the needs are even greater,” Weinstein said. “We just heard from Food for Others that they are short about 200,000 meals for children in the next few weeks so the needs are severe. Our community is helping address that need, which is dire.”

Good Deeds Day was started in Israel in 2007. It has grown to include 108 nations around the world. The event at Agudas Achim Congregation was sponsored by the Henry H. Krevor Endowment Fund for Social Action and supported by an anonymous donor.

“This is a beautiful partnership between Agudas Achim Congregation and Alfred Street Baptist Church,” Weinstein added. “It is a continuation of our interfaith partnership and relationship.”

Added Alfred Street Baptist Church volunteer Freddie Walker, “We’re assisting in the effort to reduce hunger in this world. This is my first time partnering with Agudas Achim and it is a fulfilling experience doing something bigger than myself.”