‘A Time of Hope’
Votes

The year 2022 has a rare overlapping of three major holidays for the Jewish, Christian and Muslim faiths: Passover, Easter and Ramadan. Ramadan is the holiest month for Muslims while Easter celebrates the resurrection of Jesus for Christians. Passover, which runs through April 23, celebrates the Exodus of Jews from slavery in Egypt.

“Passover is a moment that remembers the Israelites’ exit from Egypt, but it is also a time for all of us to think about the redemption and liberation we seek in our own lives,” said Rabbi Steven Rein of Agudas Achim Congregation prior to the start of Passover on April 15. 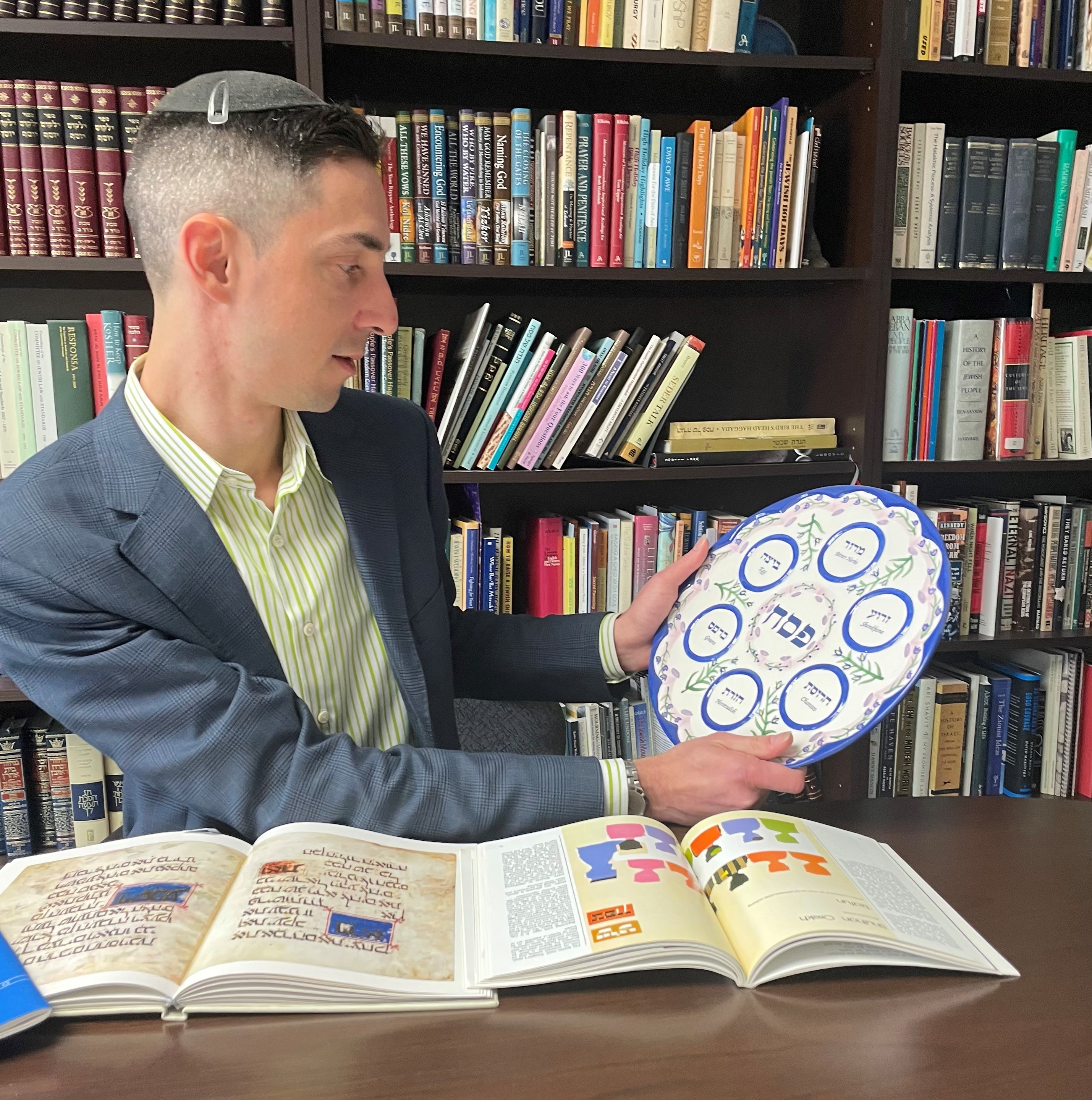 Rabbi Steven Rein of Agudas Achim Congregation holds the Seder plate with the Haggadah, the book used during the Seder, open in front of him. Passover began April 15 and runs through April 23.

Rein predicted that many will be thinking about the ongoing invasion of Ukraine by Russian forces during Passover.

“In celebrating a holiday that is all about people seeking liberation from a tyrant, it would be impossible to not draw a connection with the situation in Ukraine,” Rein added. “There are always individuals in this world who seek to do harm to others. I think many people are going to be talking about it and thinking about how we as a broader society can extend a hand, an outstretched arm if you will, to help the people of Ukraine in various ways, ways in which we are expecting and hoping our governments will support and help.”

Rein said he was aware of people finding ways to show solidarity with the people of Ukraine, including making blue and yellow macaroons as a dessert for the Seder table.

“Passover always occurs during spring,” Rein said. “It is a time of renewal and a time of hope. I think this year, perhaps more than ever, we seek hope -- hope in one another and in the world in which we live.”