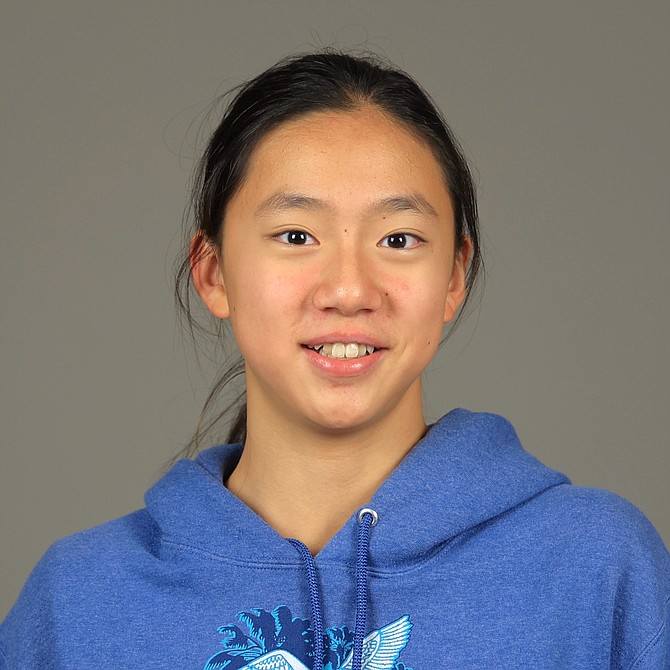 Herbert Hoover Middle School 7th grade student Callie Deng won an Honorable Mention Award for her film about an oil spill in the national One Earth Young Filmmakers Contest in March. Callie's film will screen in a free, online event near Earth Day, on Monday, April 18, at 6 p.m. Registration is at bit.ly/YFCWinners.

Callie verbally and visually honors the beauty of Alaska’s pristine natural setting in her 7.5-minute film “Sealing the Leak.” Then she reminds us that in 1989, 11 million gallons of crude oil spilled into Prince William Sound after the Exxon Valdez super tanker ran aground, puncturing several cargo holds. Callie interviews two experts about this disastrous accident and the lingering impact on wildlife and the local economy. Safety improvements have resulted, but we can all reduce our use of oil by driving less and avoiding plastics, she concludes.

Seven other short, winning student films from among 13 honorable mention/notable winners will screen along with the Callie's film on Monday, April 18, at 6 p.m. Eastern Time.

The One Earth Young Filmmakers Contest will continue the celebration of award-winning student films via a virtual event to kick off Earth Week Mini Film Fest. See eight short, student films from among 13 honorable mention/notable winners.

Topics range from conserving the last frontier of Alaska, to reducing ocean waste, to disconnecting from electronics and re-connecting with the nature. Founding Director Sue Crothers will facilitate a short Q&A with each filmmaker after their film screens.

Contest Founding Director Sue Crothers will facilitate a short Q&A with each filmmaker after their films screen.

“There are some very thought-provoking films that should lead to interesting discussions,” said Crothers. “Students will Zoom in from the Midwest, East Coast, Scotland, and even Turkey.”

These films are among the best from 148 submissions, as rated by a jury of 16 film and sustainability professionals. The Young Filmmakers Contest asks students from grade 3 to age 25 to create a 3- to 8-minute environmental film that inspires change or action. Animated or stop-motion films can be a minimum of 45 seconds long.

This Young Filmmakers event kicks off a week-long series of environmental documentaries, Earth Week Mini Film Fest from April 18 to 24, by One Earth Collective. Learn more at oneearthfilmfest.org. Register for the Young Filmmakers screening at bit.ly/YFCWinners.

Callie's film also premiered on March 12, prior to the feature films "Understory" and "Here We Stand," as part of the One Earth Film Festival.