Talk About a Big Moving Day for Nova Labs
Votes

Talk About a Big Moving Day for Nova Labs 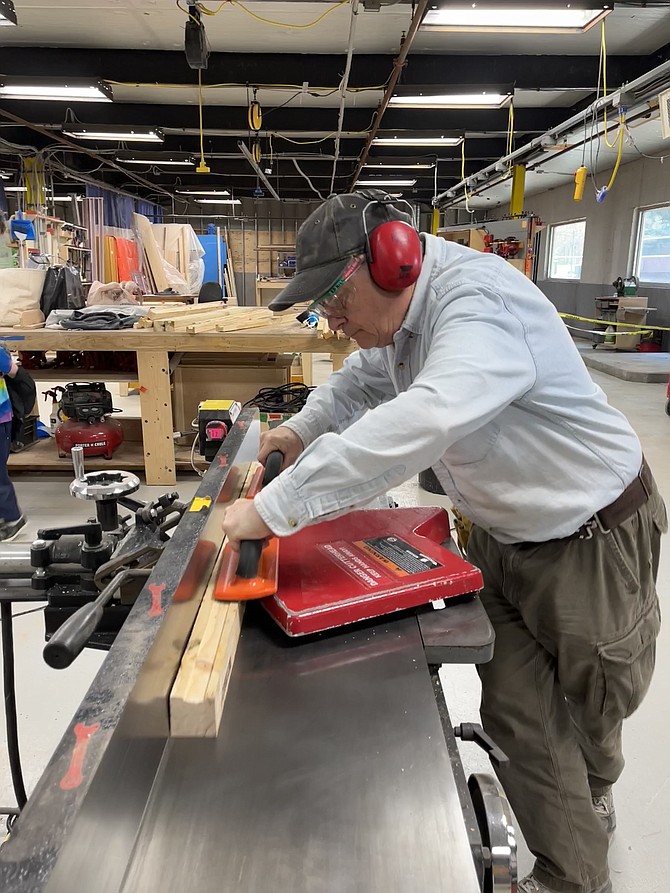 Safety goggles and ear protectors are in place as Randy Hill prepares a board on the jointer. 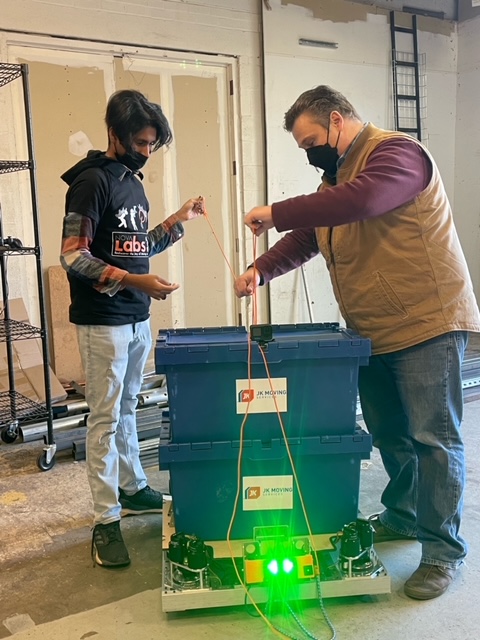 Ronit Pithani and Coach Joe Thompson with a robot programmed to help with the move.
and education center. After its big move, the multifunctional makerspace is settling into its newly purchased 38,600-square-foot building at 3850 Jermantown Road in the City of Fairfax. According to Derrick Washington, executive director of Nova Labs, the organization relocated from its former Reston facility of 18,000 square feet to the new building in the late winter of 2022.

The big move was complicated, according to Washington. It involved moving not only Nova Labs tools and technology equipment to craft, make prototypes, and fabricate, but the CNC (computer numerical control) machines were heavy. They are computer-controlled and provide a level of efficiency, accuracy, and consistency that a manual process would be impossible to achieve. They were vital to Nova Labs.

Chuck Kuhn is the CEO of JK Moving Services, which was tasked with safely transporting the items from one location to another. Kuhn said that, even though the company is probably the largest mover of laboratories and lab equipment on the east coast, the Nova Labs job was challenging.

“This was heavy stuff. ... It was not what I would call an easy transitional move. It was a bit of a logistics challenge. One day, we sent out six trucks and eighteen men," Kuhn said. They were 28-foot street trucks. "Then we sent out ten trucks and twenty-two men," he said. Kuhn noted that there were many pieces of fabrication equipment, robots, tools, and shop equipment.

But what made a difference, Kuhn said, was that "they are such good people." For instance, youth at Nova Labs STEAM education manufactured two robots to assist JK Moving Services with the move. "They helped lift and transport some heavy manufacturing equipment," Kuhn said. "The robots were designed to carry almost anything. It could be boxes. It could be equipment. It was pretty impressive."

Kuhn said that JK Moving Services had not performed any robot-assisted moves before this one. “As we tested this technology, we might be able to put it to work on job sites,” he said. Kuhn added that the use of robots in moving is interesting. "We’re going to electric trucks and autonomous driving, and next thing you know, we will be moving with robots." 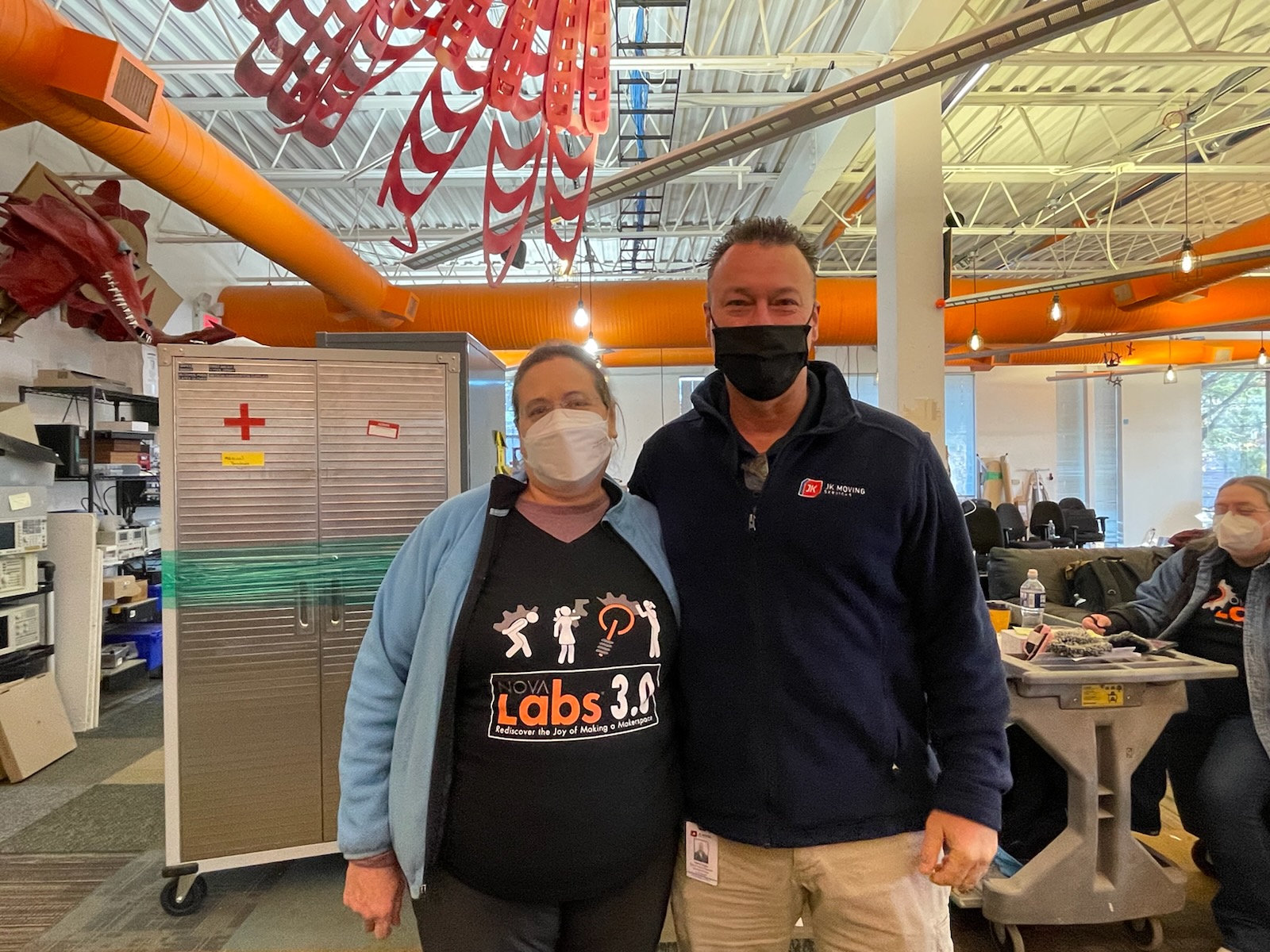 Karen James, who led the coordination of the move for Nova Labs, and Mike Murphy from JK Moving Commercial Services

According to Washington, the build-out of the new space is ongoing. “With a lot of the build-out that we have been able to do, we've been fortunate to have the support of our makers. This is what they do,” Washington said. Nova Labs members are properly aligned to meet Fairfax County permit regulations because they use their own licensing.

"Of course, we are adhering to all the codes and bringing in other people,” Washington said. Members have also cleaned and stripped the floors. "It’s been amazing to see," Washington said. “Nova Labs also has excellent support from its funders and donors. [They are] incredibly generous individuals who have supported Nova Labs,” he added.

JK Moving Services helped underwrite the Nova Labs’ move so that the nonprofit could expand its educational makerspace to serve and inspire more people and do good in the community. Nova Labs’ corporate and program sponsors include: Google, Bechtel, Amazon, Vektortek, Veatch Commercial Real Estate, SentryLink, NASA, and many more. To learn more about its membership, programs, and other offerings, go to www.nova-labs.org