Sunshine Brings Out Kids and Critters in Arlington
Votes

Sunshine Brings Out Kids and Critters in Arlington 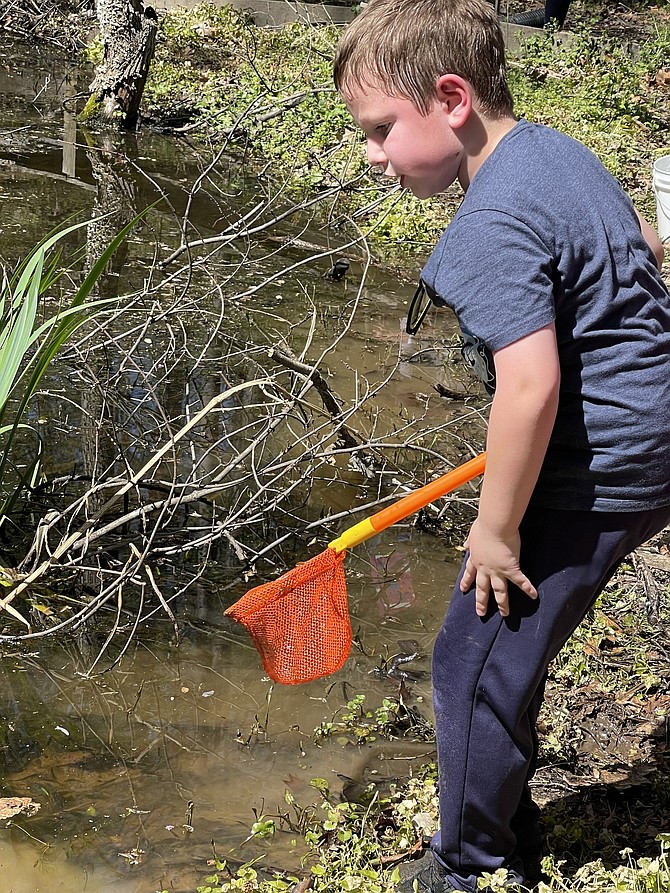 Declyn O’Connor fills his white bucket with tadpoles and lots of spiders.

“Stay close to the edge of the pond. Grab your net and dip it into the water to see what critters you can find.” Ken Rosenthal, Park Naturalist at Gulf Branch Nature Center since 2015, directs Afternoon at the Pond on Saturday, April 16. It is an invitation to come to find out who is swimming and singing. “And remember to wear your boots.” 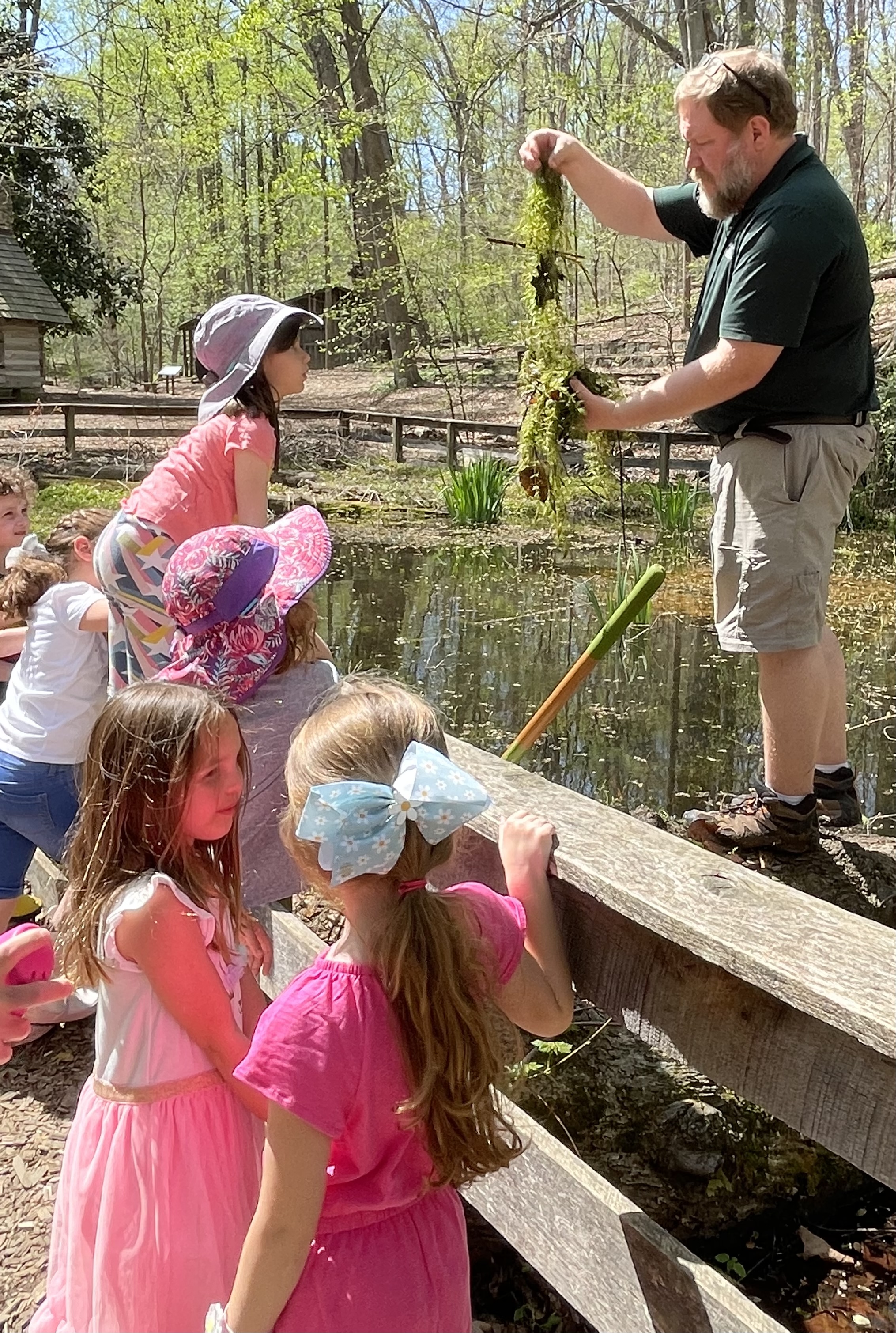 Rosenthal pulls out Coontail from the pond.

Rosenthal hands out long-handled orange nets to the 5-8-year-old class to skim the pond for tadpoles, Six-Spotted Fishing Spiders, Damselfly nymphs and maybe some fingernail clams. Rosenthal is collecting a sample of what the kids accumulate in their buckets from all over the pond. He says they probably collected about 100 samples by the time the afternoon was over.

“Look,” he exclaims, “Here is a larva of a Predacious Diving Beetle. That is a good find.” Rosenthal says spring is a great time for exploring the pond, especially because you can see tadpoles and other critters growing.

Rosenthal walks out on a large fallen tree limb and pulls out large handfuls of Coontail from the pond at the Nature Center. “While it is native, it can grow to 10 feet and may outcompete other underwater plants. This could lead to a loss of biodiversity. I am trying to make sure it doesn’t completely dominate our pond.” He says Coontail can be found on every continent except Antarctica.

Kids tramp around in the mud in their boots while swinging their nets in all directions. Cries of “I’ve got one; look at this,” ring across the pond. Declyn O’Connor has come with his two sisters to investigate Gulf Branch Nature Center where his grandparents used to take his parents when they were also eight years old. He is visiting his Arlington grandparents from North Carolina on Spring Break.

Declyn just misses a frog hopping over his net but fills his large white bucket with tadpoles from Wood Frogs and Green Frogs and a large number of Fishing Spiders.

Rosenthal says the small tadpoles are Wood Frog tadpoles just hatched this year and the larger ones are most likely Green Frogs hatched in the late summer or fall who overwinter in the pond. Rosenthal comments he doesn’t expect to see many tadpoles close to the shore for the next few days, depending on how long their memory is.

Rosenthal says that people see a pond and they think fish, “but we don’t have fish which gives us so much more variety.” 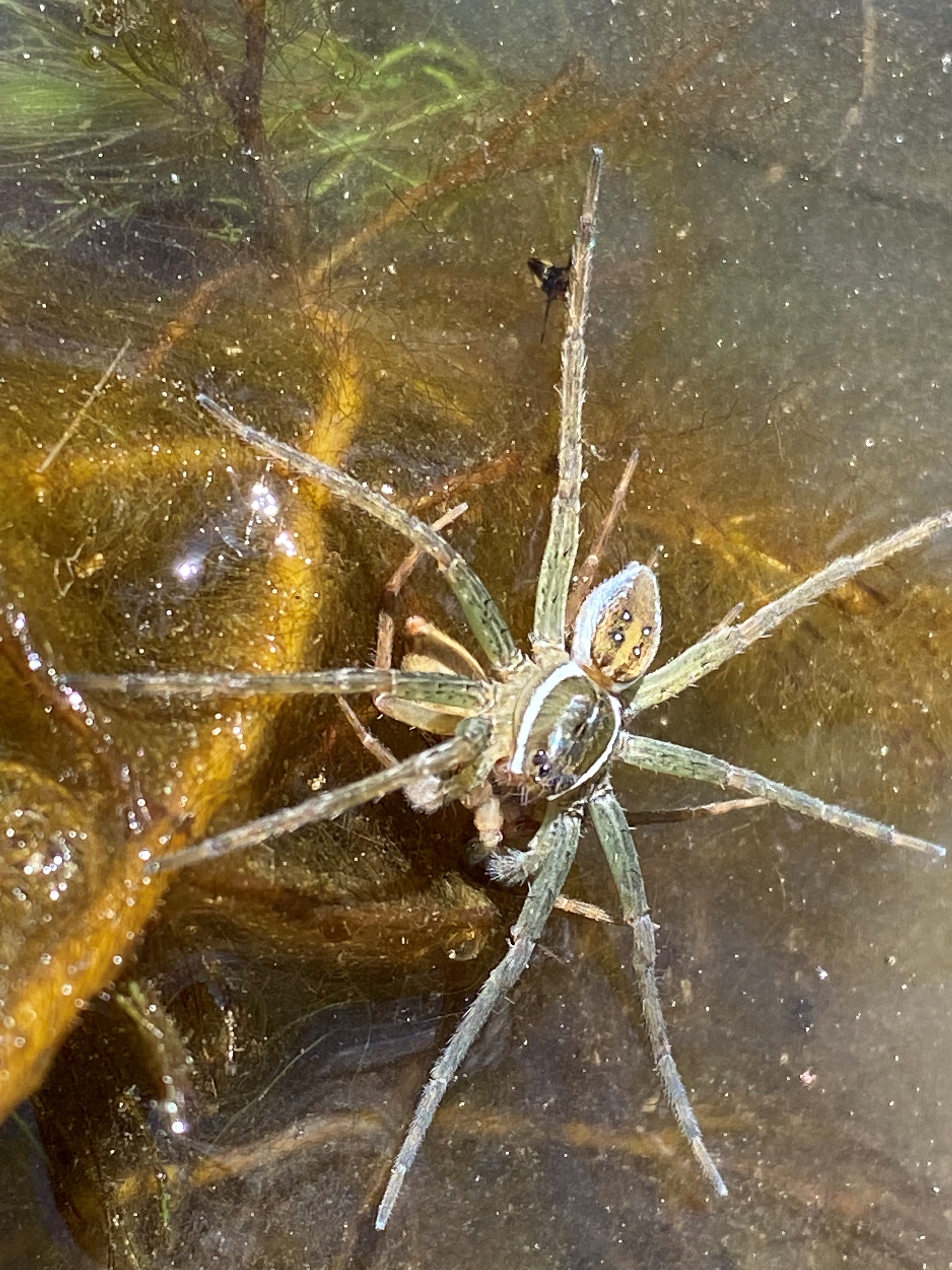