Neighbors found victim on the sidewalk on Audubon Avenue. 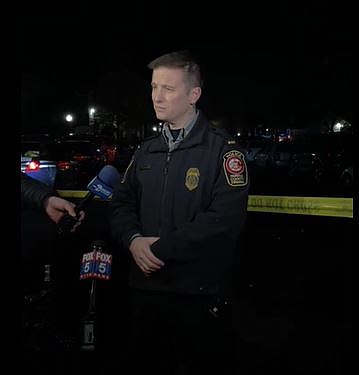 Public information officer on the scene after the fatal shooting.

On Monday night, Jordan Summers, 26, of Lorton, was shot and killed in the 7900 block of Audubon Avenue in the Hybla Valley section of Mount Vernon.

A neighbor found the victim lying on the sidewalk and called police around 8:02 p.m., the Fairfax County Police Department said. Officers arrived and discovered Summers with trauma to the upper body, FCPD said. Fairfax County Fire and Rescue personnel declared the man deceased at the scene.

The Office of the Chief Medical Examiner conducted an autopsy the following day to determine cause and manner of death. Preliminary investigation revealed community members heard what sounded like gunshots prior to 8 p.m. Detectives continue to conduct interviews, collect video surveillance and process evidence recovered from the scene.