Beaver Stay Busy in the Winter in Mount Vernon
Votes

Beaver Stay Busy in the Winter in Mount Vernon 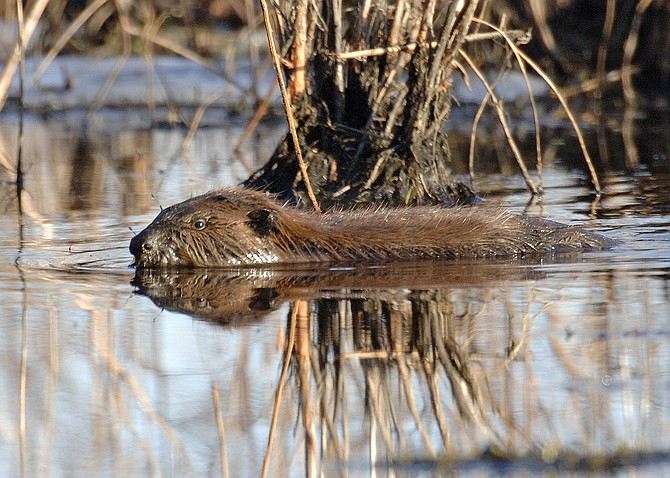 “You have beavers here?” National Public Radio journalist Sabri Ben-Achour asked incredulously when he visited Dyke Marsh a few years ago, not expecting them in Northern Virginia’s suburbs. The answer is yes, and there are beavers around Mason Neck and in Huntley Meadows Park too. Beavers live in or around ponds, rivers, marshes and lakes. 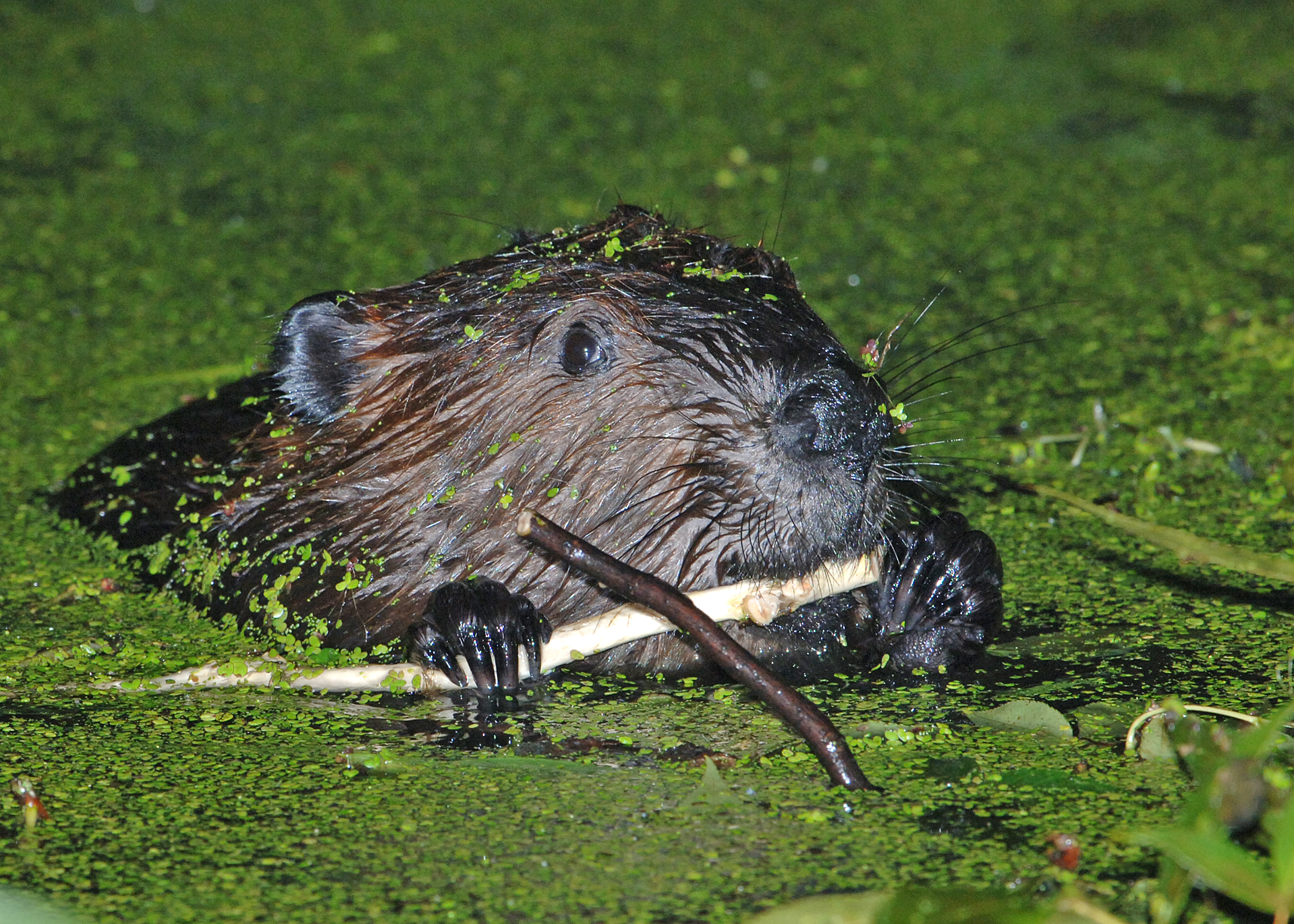 Because much aquatic vegetation is dormant, beaver lodges are more visible in winter than in other times of the year. The lodges are typically rounded stacks of logs, sticks, mud and vegetation that protrude from the water. They have two underwater entrances. Freshly-gnawed trees are also sure signs of beavers. They cut down trees to build dams and lodges with their strong teeth.

As for spotting a beaver, they are mostly active at night so few people see them. The best time is at dusk or sunrise. They are active year-round and do not hibernate.

Castor canadensis) are dark brown mammals with long incisors, short legs, webbed feet and a long, flat, scaly tail.  They can dig and grasp tree limbs with their claws. They are three to four feet long including the tail and typically weigh 40 to 50 pounds. Some can weigh up to 80 pounds. They primarily eat herbaceous vegetation, woody and aquatic plants.

Beavers breed in the winter and live in family groups or colonies. Their young are born in May and June. They have a home range size of eight acres, according to state wildlife experts.

Known as “nature’s engineers,” beavers build dams and lodges with the trees they cut down. The result can be viewed positively or negatively, depending on how or whether people want to use the land. The ponds formed by beaver dams provide habitat for waterfowl, reptiles, amphibians and aquatic insects.  Ponds can filter pollution and help control flooding. They can also flood crop and timberland, roads and backyards.

If there are leaks in the dams, they will patch them with mud, sticks and brush.  Their industriousness in building and repairing dams may be the origin of the terms “busy as a beaver” and “eager beaver.” 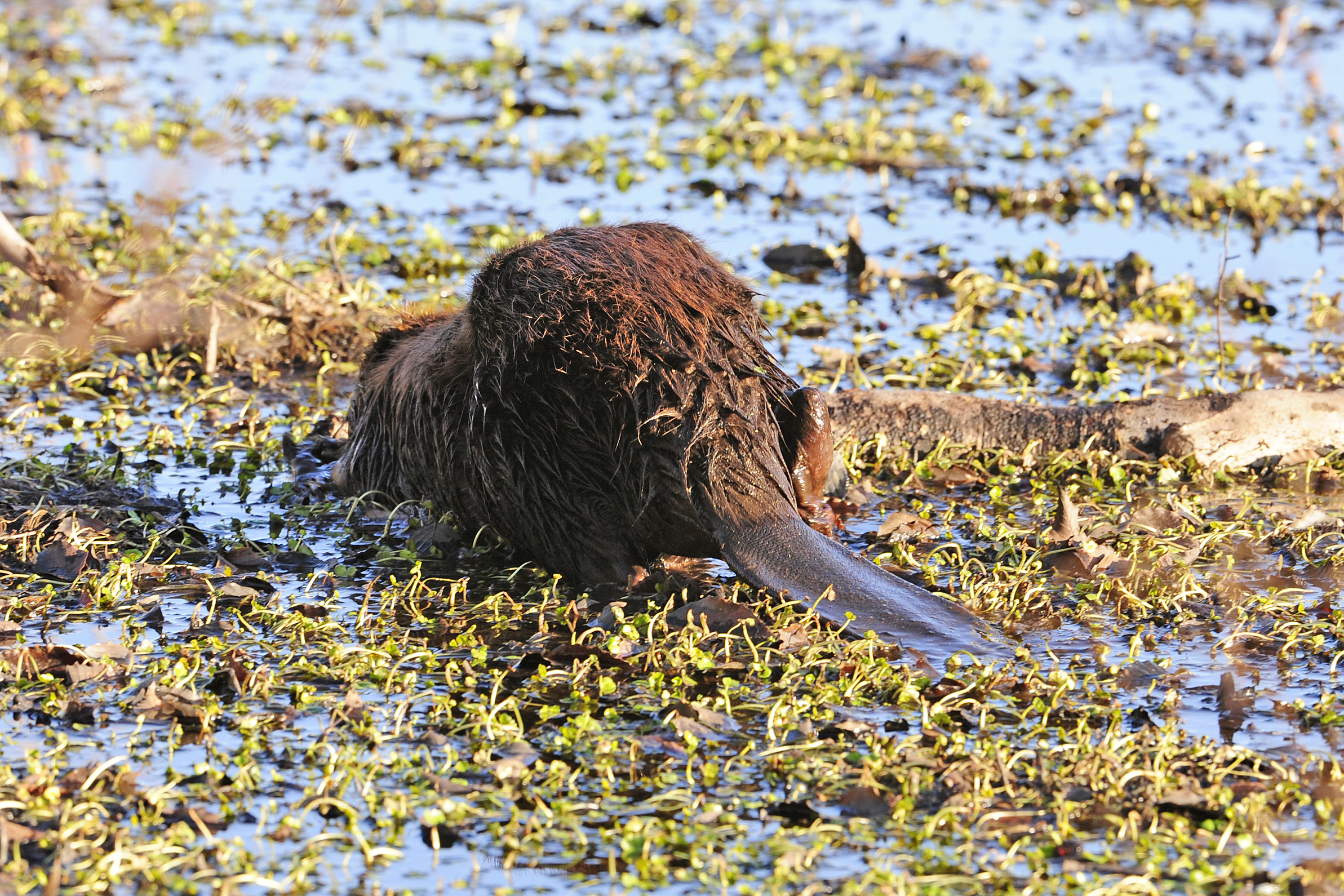 Most public land managers hesitate to estimate how many beavers or lodges are around.

At Huntley Meadows Park, “We do not know how many beavers or lodges are within the park,” says Karen Sheffield, the park’s manager. “The largest and most visible lodge can be seen from the boardwalk during the winter months, if you know where to look.”

When the Fairfax County Park Authority acquired the park’s land in 1975, Barnyard Run was an intermittent stream. In 1977, beavers dammed the stream and created the central, freshwater wetland. In the 1970s and 1980s, the park’s wetland was around half open water and half vegetated wetland, productive and diverse.  Silt began coming in in stormwater runoff in the late 1980s and the beavers, nomadic animals, moved out.  After many years of deliberation and public meetings, park managers decided to restore the marsh and artificially manage water levels, a project completed in 2014. The control system is a 500-foot-long, three-foot-high earthen berm with metal slide gates.

On Mason Neck, there is one large beaver lodge clearly visible at the state park on the Bay View Trail and likely others further inland and in Kane’s Creek. “Beavers have been active in the Little Marsh part of the Elizabeth Hartwell Mason Neck National Wildlife Refuge for many years,” says Randy Streufert, a board member of the Friends of Mason Neck State Park. A lodge is also visible from the Great Marsh Trail viewing platform.

For many years, beavers maintained a dam and lodge in the part of Dyke Marsh behind the River Towers Condominiums, but they moved on several years ago, as is their wont. Since the beavers left, more cattails and wild rice have moved in, plants that grow in shallow water.

The Virginia Department of Wildlife Resources’ website says that beavers are likely present in every Virginia county.  People have seen them in Alexandria and Arlington over the years.

By the mid-1800s, beavers were effectively extirpated from much of their eastern U.S. range because of the fur trade. People made their soft pelts into coats or hats, shipping many to Europe. Today, Virginia manages beavers as a game species.

“Beavers pose little threat to humans, their property or pets,” according to Fairfax County’s website.