County School Board files suit jointly with six other boards. 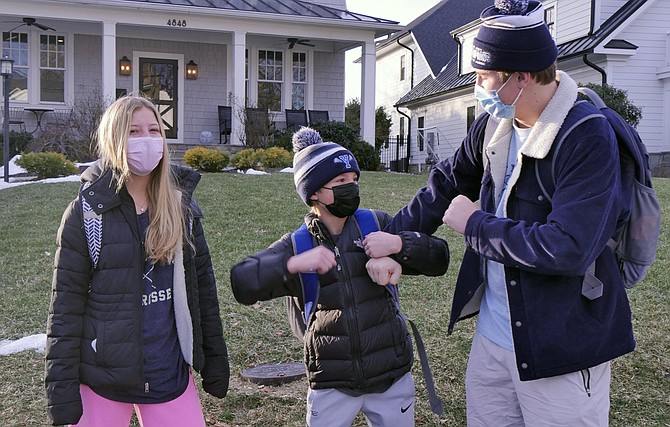 The Kaetzels: Connor (17), Sydney (15), and Logan (12), masked and ready for school. Connor and Sydney attend Yorktown High School, and Logan attends Williamsburg Middle School in Arlington. All nod affirmatively to the question of whether they expect some kids to arrive at school on Monday without masks. 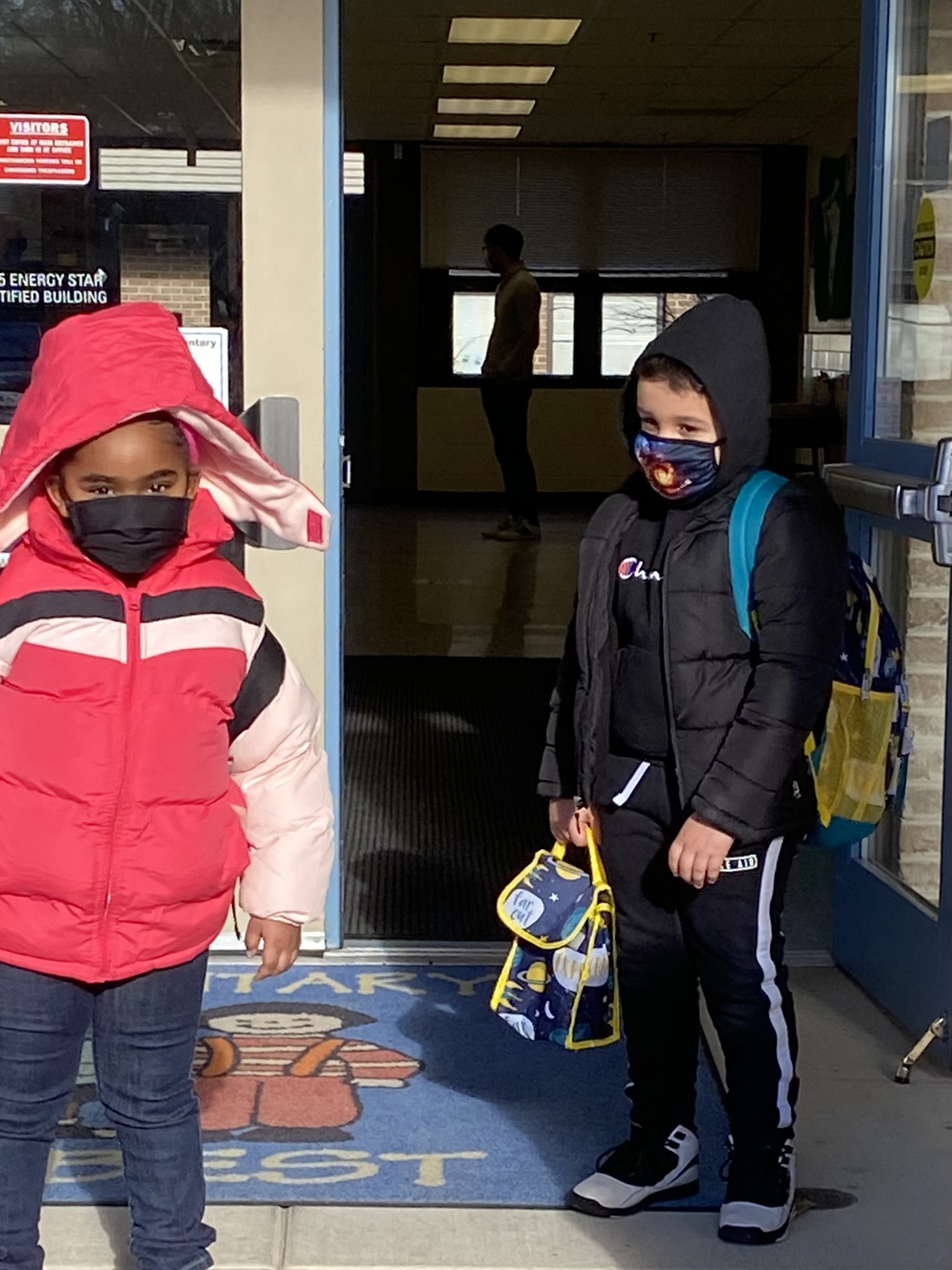 FCPS regulation requiring universal masking remains in effect in accordance with state law. Students must adhere to the requirements of Regulation 2109.2. Face masks are included in the student dress code and failure to comply remains an SR&R violation.

According to the order, "Parents of any child enrolled in a(n) elementary or secondary school or a school based early childcare and educational program may elect for their children not to be subject to any mask mandate in effect at the child's school or educational program."

Gov. Youngkin wrote in the order, citing § 1-240.1 of the Code of Virginia, that "a parent has a fundamental right to make decisions concerning the upbringing, education, and care of the parent's child."

The online FCPS statement, which was posted on Monday, Jan. 24: "At issue was whether locally-elected school boards have the exclusive authority and responsibility conferred upon them by Article VIII, § 7 of the Constitution of Virginia over supervision of the public schools in their respective communities, or whether an executive order can unilaterally override that constitutional authority," the statement read. Also at issue is whether a governor, through executive order, could rescind a lawfully adopted statute, Senate Bill 1303, without the Virginia General Assembly's legislative action.

Former Virginia Gov. Ralph Northam (D) signed Senate Bill 1303, on March 30, 2021, and as approved, it expires on August 1, 2022. The approved bill requires that each school board offer in-person instruction to students five days a week. "Each school board shall also provide that in-person instruction" in a manner in which it adheres, to the maximum extent practicable, to any currently applicable mitigation strategies for early childhood care and education programs and elementary and secondary schools to reduce the transmission of COVID-19 that have been provided by the federal Centers for Disease Control and Prevention."

Monday, Jan. 24, marked the first day that Gov. Glenn Youngkin's Executive Order went into effect, but students were not in schools because of a professional development day in FCPS.

The moment had not come for schools to eliminate universal mask wearing, a critical component of layered health and safety mitigation strategies, school districts assert. 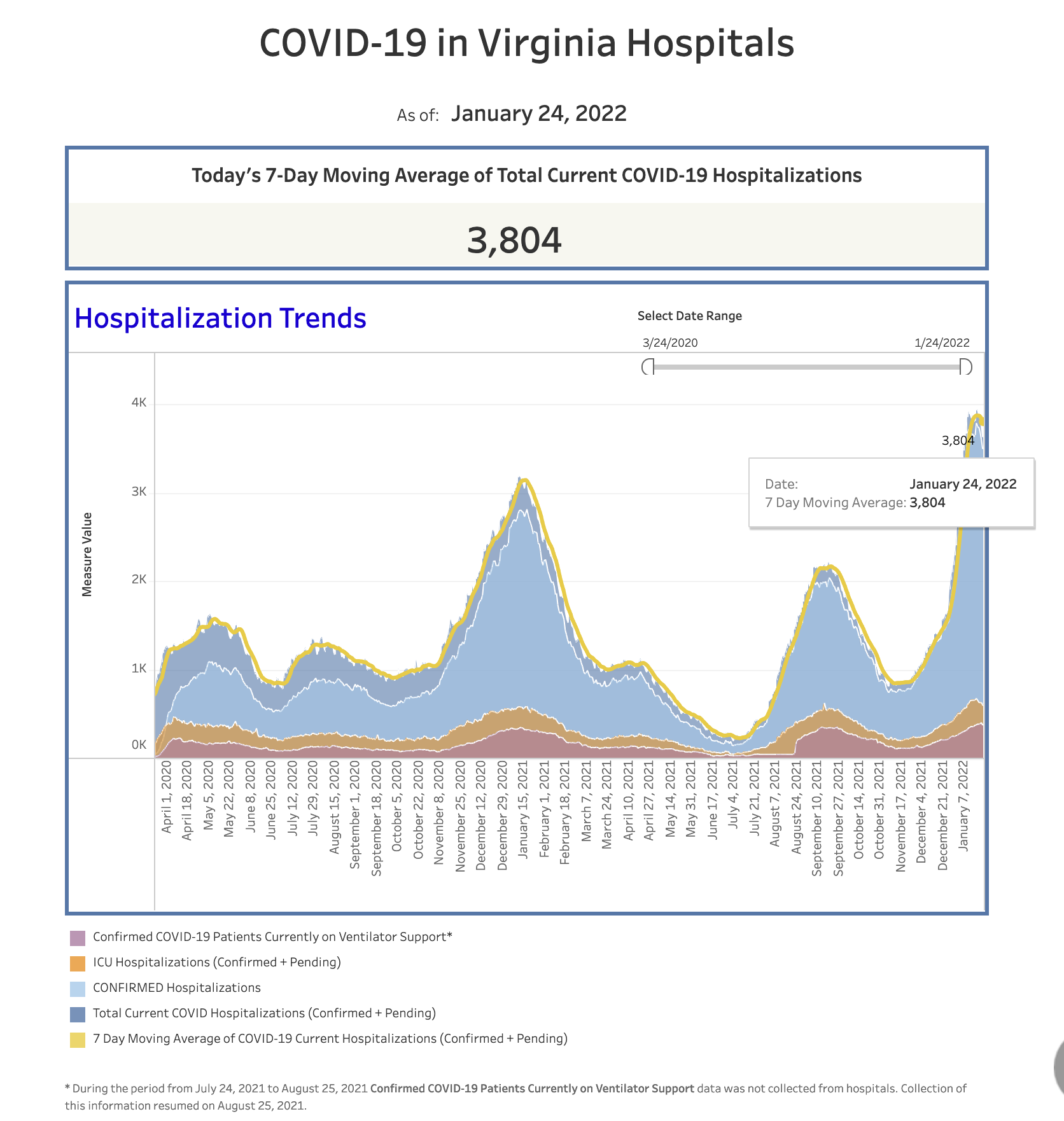 "School divisions need to continue to preserve their authority to protect and serve all our students, including our most vulnerable, who need these mitigation measures, perhaps more than anyone, to be able to continue to access in-person instruction," stated the FCPS Jan. 24 announcement.

School boards had been placed in a "legally untenable position" and were confronted with an executive order that conflicted with the constitution and state law.

Arlington Public Schools (APS) became the first district to announce they would continue to require all staff and students to wear masks inside on school grounds and buses as part of their layered approach to safety. In its online posting announcement, APS noted, "The federal requirement from Feb. 2, 2021, is still in place on all forms of public transportation. Anyone riding a school bus is therefore required to wear a mask when riding on our school buses to prevent the spread of COVID-19. "