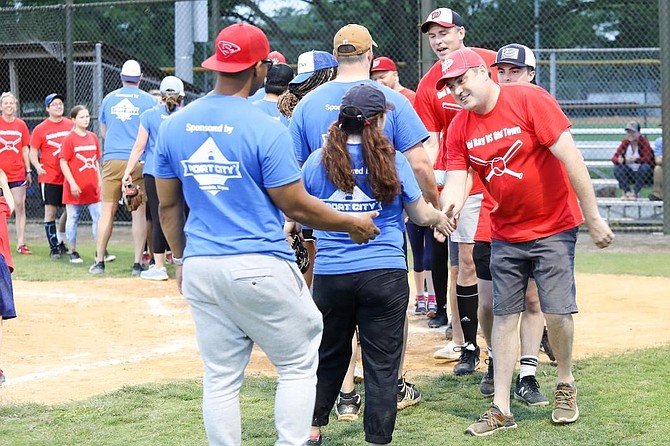 Led by Bill Blackburn of the HomeGrown Restaurant Group, DRBA trounced Chadwick’s owner Trae Lamond’s Old Town team 21-11 in the cross-town battle to even the overall record at 2-2.

“We are thrilled to bring the John Porter Cup back to Del Ray, safe from coastal flooding at Chadwick’s,” said Blackburn of the victory and return of the trophy named for longtime Alexandria educator and Living Legend John Porter.

“Huge kudos to Michelle Millben for singing the National Anthem and then playing for Old Town,” Blackburn added. 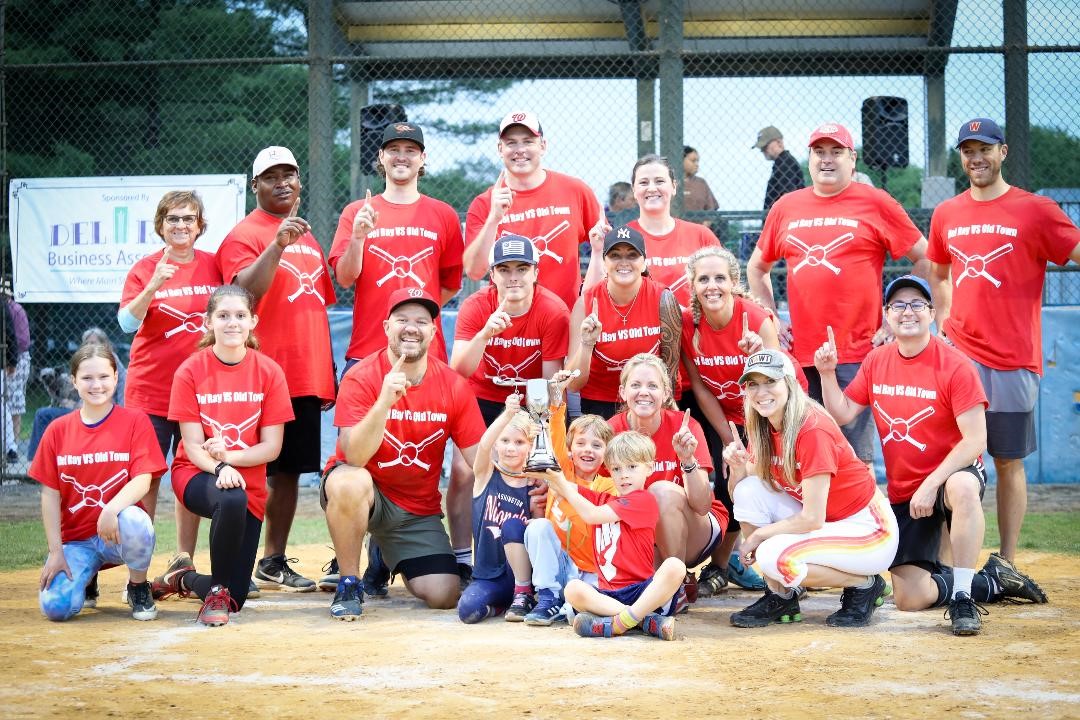