Shaved Ice, Burritos and Food Trucks are a Hit at Taste of Springfield
Votes

Shaved Ice, Burritos and Food Trucks are a Hit at Taste of Springfield

Burke Author at the Taste Event with Historic Novel 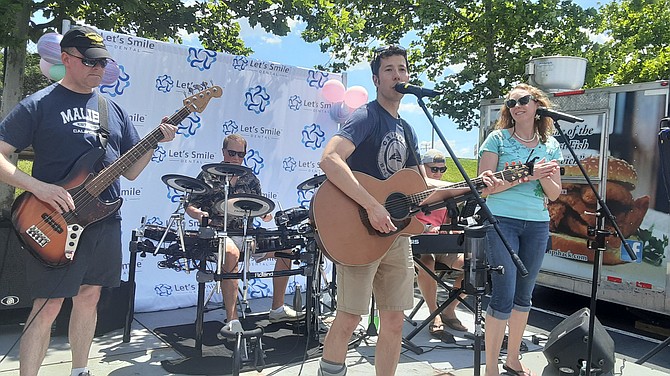 A Vienna band, The Coozies, provided the soundtrack early on.

At one time, a ball of ice sweetened with sugary juice was called a snowball, but after borrowing the moniker “Shaved Ice,” from Hawaii, they were all about shaved ice at the Taste of Springfield, in the town center parking lot. 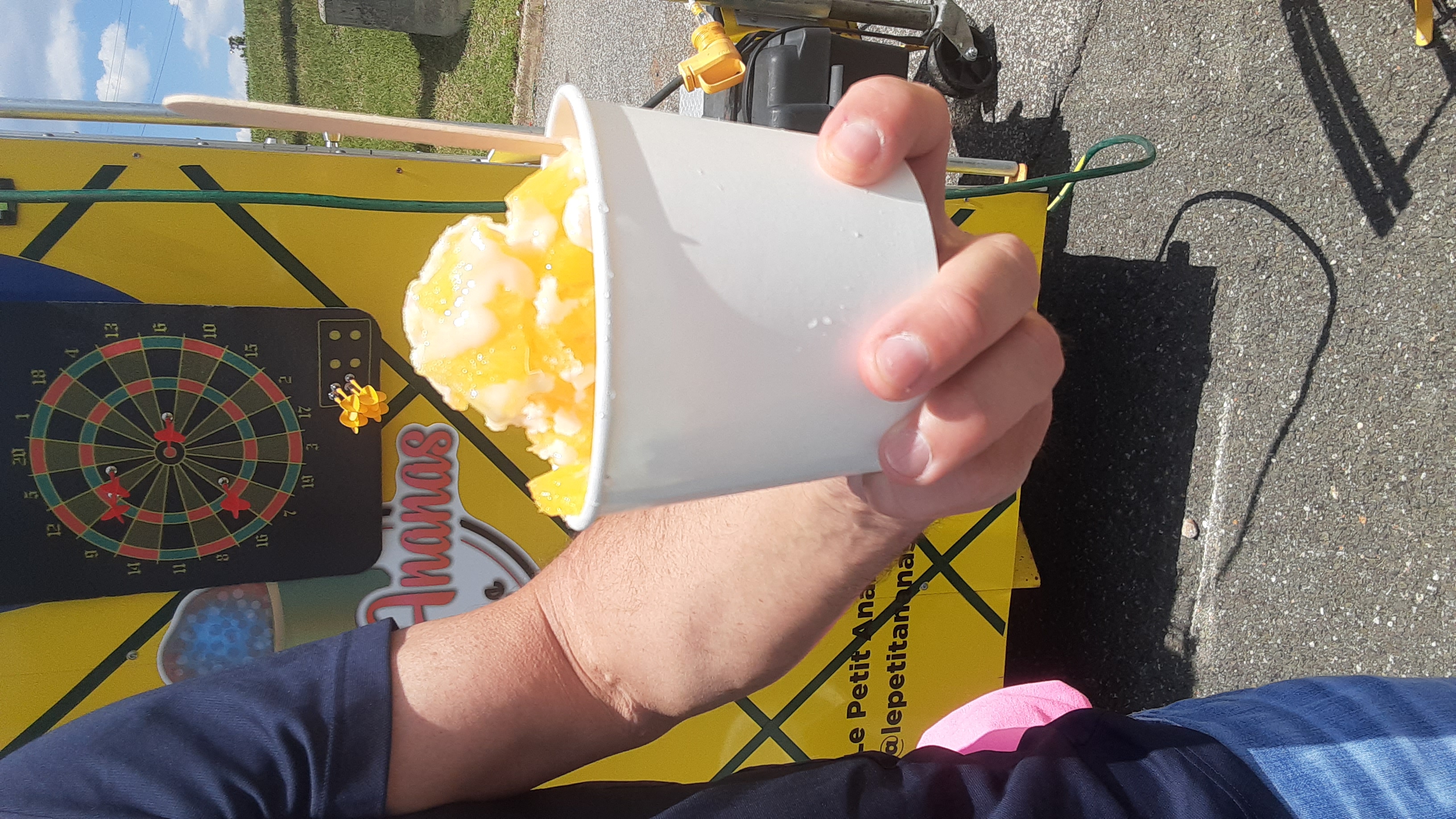 The Hawaiian Dream, is the big seller at the Le Petit Ananas shaved ice truck. “We get all our syrups imported from Hawaii,” said Morgan Taylor, who was in the truck with Hanna Kimmey. The truck traveled over to the town center lot from Mount Vernon where they normally dish out shaved ice on a hot Saturday. Kona Ice was the other shaved ice truck at the event along with an assortment of food trucks, and tents that housed remodeling businesses, chiropractors, clothes, perfume and a car dealer.

The Coozies, a band from Vienna, was hammering out the classics for the crowd. They played Jimmy Buffett, the Eagles and other familiar tunes. “Relaxed beach covers,” described a singer named Jessica. “Keeping people positive is our main goal,” she added.

Tickets were sold and these were worth $1 each, so the vendors only dealt in tickets which simplified the transactions. People are using cash less and less so to have each tent or truck outfitted with a card scanner might not work, so the tickets were a solution. Alexandria resident Catherine Nale was munching on a burrito, and got it from a truck that actually handed out samples instead of a full meal. That’s the way a “taste” event should be, she thought. “The only stand that did it right,” she said. 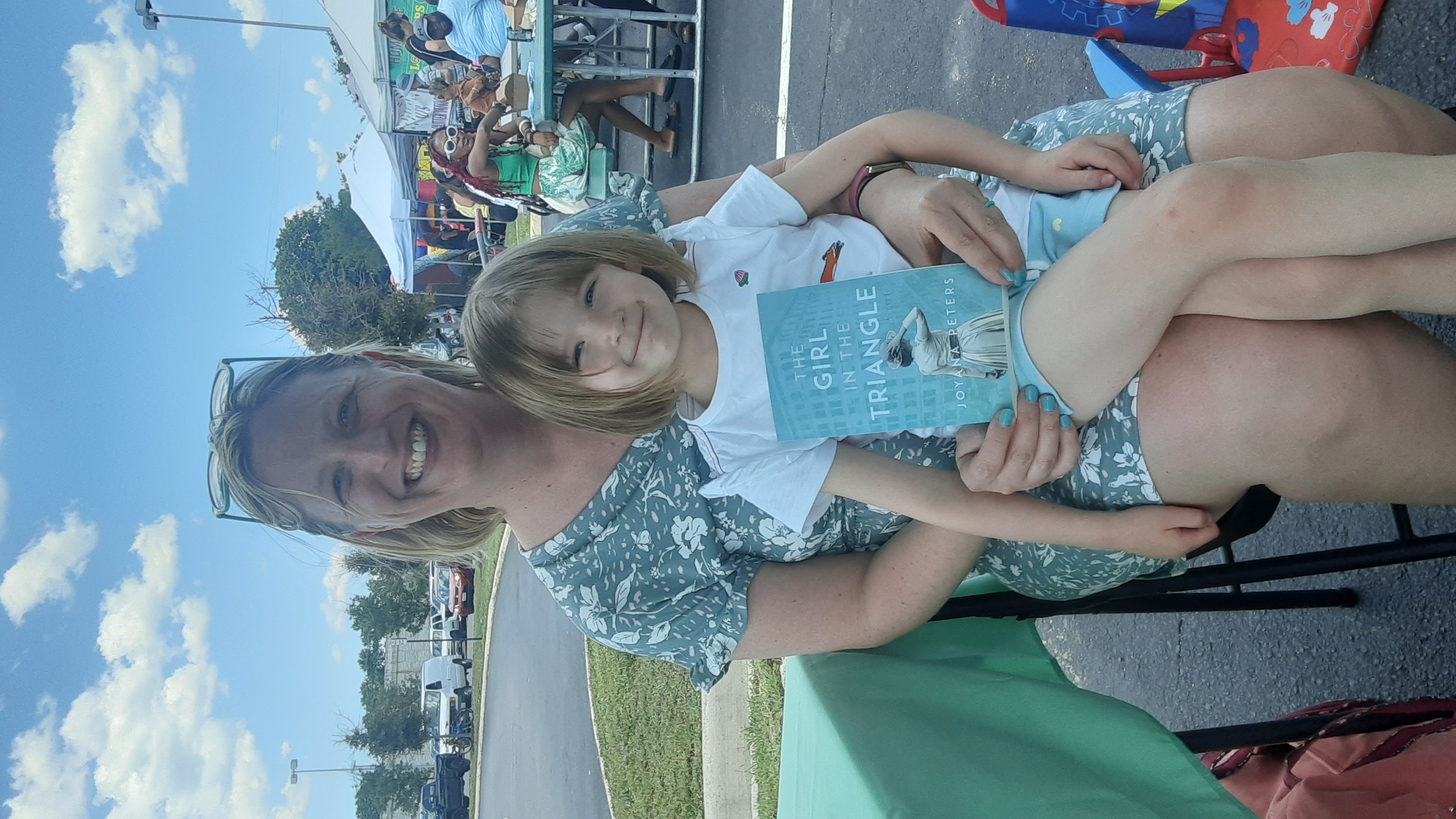 Burke resident and author Joyana Peters and Tara, 4, at Taste of Springfield.

On March 25, 1911, fire tore through the Triangle Shirtwaist Company factory in New York City, killing 146 workers, and led to the development of a series of laws and regulations that better protected the safety of factory workers.

Fast forward 100 years and Burke resident Joyanna Peters looked into this event turning it into her novel “The Girl in the Triangle,” about a girl named Ruth who was at this historic event. “It was a turning point for fire safety and workplace safety,” said Peters, who had a tent in the Taste of Springfield event on June 4.

It may have happened over 100 years ago, but it was reminiscent of current events. As the fire raged at the factory, workers jumped out the window, which reminded Peters of the 9/11 tragedy, with people falling to their deaths.

She camped out in her home office during the pandemic, researched this historic fire and worked on the novel, which she called her “pandemic project.” The book hit the streets in July 2021 and landed her the Ben Franklin Award from the Independent Book Publishers Association. It can be purchased on Amazon and other book sites.