The Alexandria South Rotary Club was there to help

The village residents in Honduras

The people of La Guadalupe, Honduras, do. And so does Blanca Vasquez, a member and past president of Alexandria South Rotary Club.

The hurricane was the second of two to sweep through Honduras in two weeks. It devastated the school in the small community of La Guadalupe in south central Honduras, making it incapable of holding  classes. The roof was broken and scattered. There was no shelter from the elements. Electronics could not be protected, so connection to the internet was lost. And the children had no place within an hour or more of travel to get their education. The best they could do was meet once a week in a home with cellphone connection to the internet. 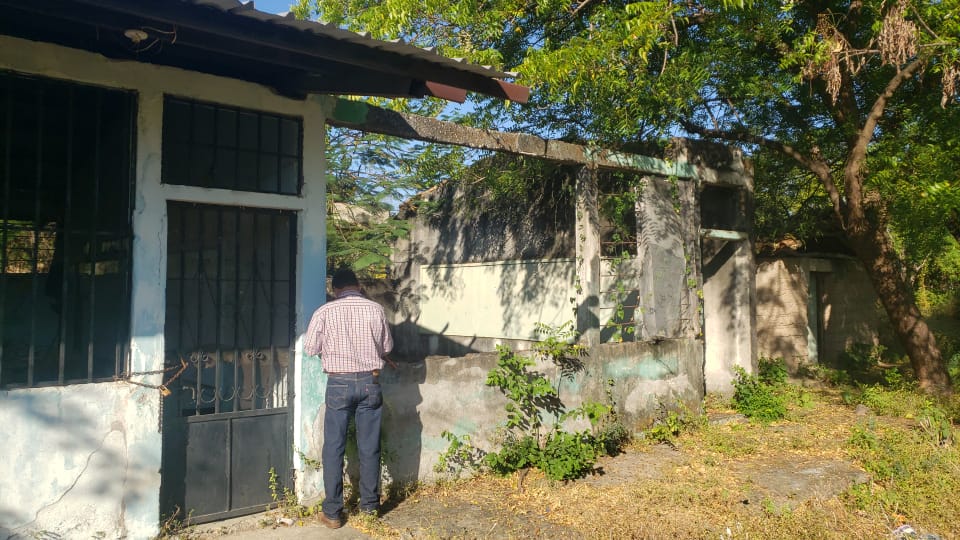 Damage from the hurricane

Blanca Vasquez taught at that school many years ago, before coming to the United States and becoming a community organizer for United Community. When Vasquez told the club about the children who were no longer able to get an education in that small community, Alexandria South Rotary Club was very moved. Right away the group considered whether they could make a difference with a grant from Rotary District 7610.

It turned out that a Rotary Club in Choluteca, Honduras, was already aware of the situation, but did not have the funds or the ability to do anything immediately, since they were already involved in another project. So Alexandria South Rotary began planning their 2021-2022 District Grant with the Rotary Club of Choluteca.

Alexandria South Rotary reached out to other clubs in Northern Virginia, and found a partner in Mount Vernon Rotary Club to pool their District Grant money. And with the virtual connection through Zoom, and the language interpretation through Blanca Vasquez and her son in Honduras, planning and implementing the project was underway.

When the grant money was available in November 2021, the Choluteca Rotary club was almost ready to go. They had previously priced out materials and labor near Choluteca for one classroom. Then they priced out materials closer to La Guadalupe and found prices enough lower that they could complete two classrooms for the same amount of money. They started the improvements in January 2022, and were done in less than three weeks. The workers actually slept in the school in order to safeguard the materials and avoid the long travel time to commute to the village.

On Jan. 26, 2022, a ceremony was held to open the school. Alexandria South Rotarians, including Bruce Tinker and Blanca Vasquez were able to attend on What’s App.

A Rotarian from Choluteca addressed the group of community residents and children sitting around the edge of one of the new classrooms. He spoke of his club’s pleasure at being able to provide a place for the children of the community to continue their education, and how important that is to the future of their country. Then a member of the community stood and spoke a prayer of gratitude for a few minutes. And others around the room had a chance to make comments. They said that so many people had come to see the damage to the school and take pictures. People from the government, from the school system, from churches. But no one did anything for them until the Rotarians did. They said that the completed school was like “a dream come true” and “an answer to our prayers”. They said they could not see the Rotarians that day that had participated, but they could “see their hearts.”

The Rotary Clubs of Alexandria South and Mount Vernon and Choluteca are happy with what they were able to accomplish.

They are considering another damaged building at La Guadalupe for another District Grant. It has the potential to be a library and community meeting place. Maybe other clubs would like to join us for 2022-2023. 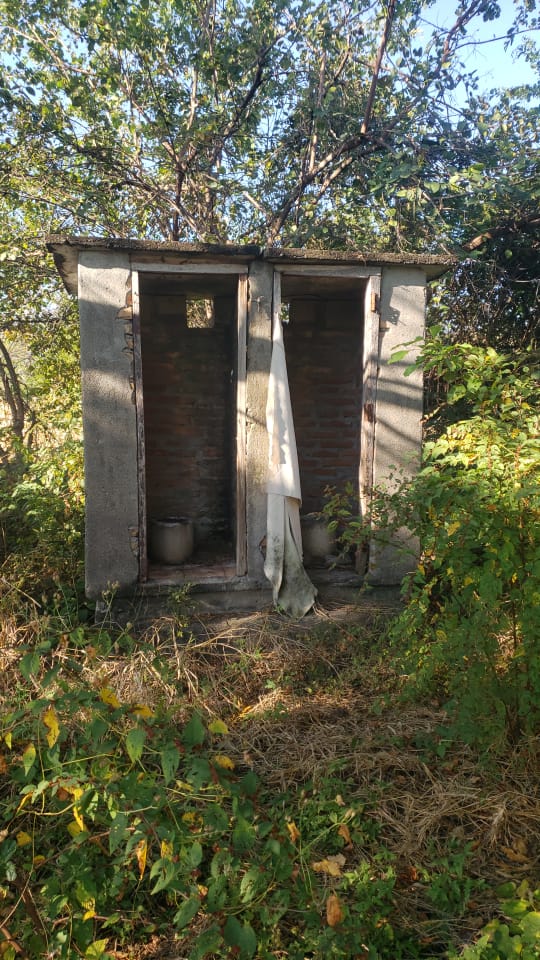 Restrooms before the group fixed them 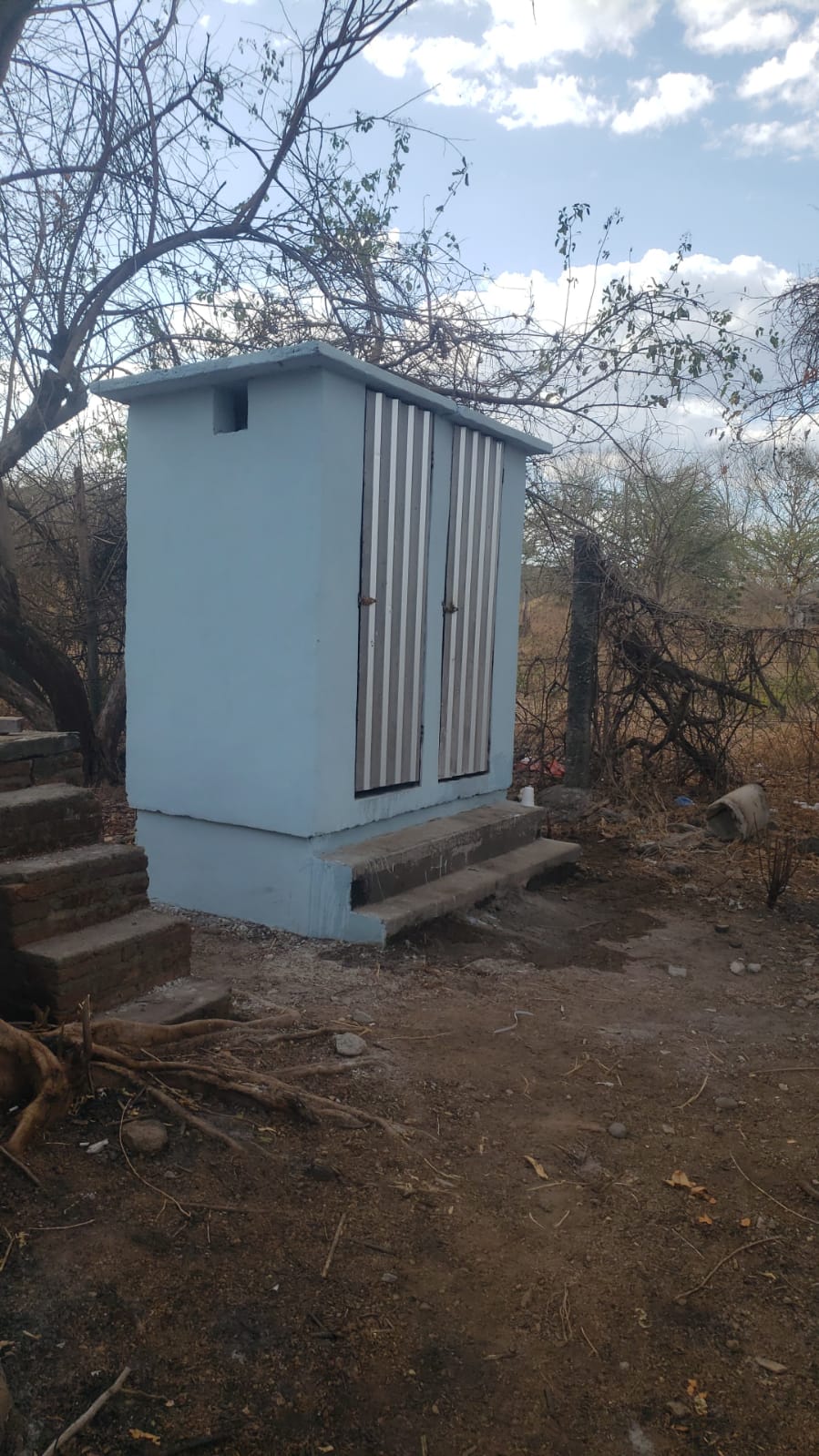 Restrooms after they were fixed by the Alexandria South Rotary Club