'Fauci Should Be Jailed'
Votes

'Fauci Should Be Jailed'

Republican candidate for Congress in the 8th calls for incarceration of medical advisor. 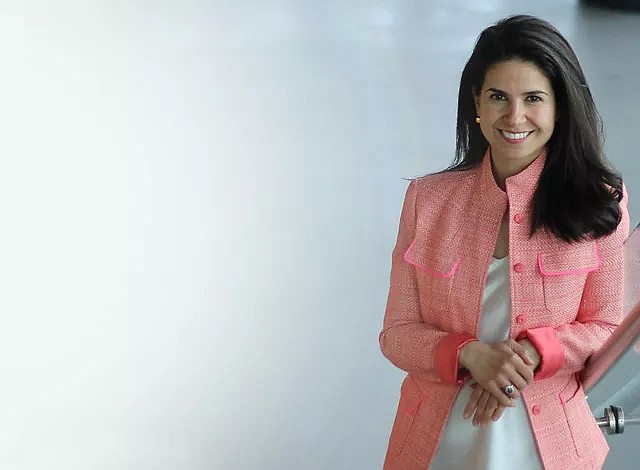 The Republican candidate for Congress in the 8th Congressional District is calling for President Biden's chief medical advisor to be "jailed," a comment she made during a candidates forum hosted by the Alexandria Republican City Committee earlier this month. Over the weekend, Karina Lipsman emerged from a Republican convention as the party's nominee this fall. She will face the winner of the Democratic primary on June 21, when four-term incumbent U.S. Rep. Don Beyer (D-8) will face challenger Victoria Virasingh.

Lipsman's call for Fauci to be jailed came in response to a question about restoring trust in government and the media. She said that the media has been "silencing conservative voices for too long," and she expressed support for Elon Musk's possible purchase of Twitter. Turning her attention to the question of what could be done to restore trust in government, she said that as an immigrant from the Soviet Union she "never trusts the government."

"Fauci should be jailed. We all know that," said Lipsman, prompting applause from Alexandria Republicans. "We should do our own research."

Fauci has become a hated figure among certain elements of the right wing. During a recent rally in North Carolina, U.S. Rep. Madison Cawthorn (R-N.C.) also called for Fauci to be jailed. Similarly, U.S. Rep. Marjorie Taylor Greene (R-Ga.) introduced the Fire Fauci Act, which suggests the chief medical advisor to the president "failed to provide Americans with accurate information" about the pandemic. That kind of rhetoric might work in some rural parts of North Carolina and Georgia, but it seems unlikely to work in the 8th Congressional District, where Biden won 78 percent of the vote in 2020.

"In that district, that kind of rhetoric appeals only to a very small faction within the GOP,"  said Mark Rozell, dean at the Schar School of Policy and Government at George Mason University. "It sure won’t get her any swing voters, but likely will drive up Beyer’s support — assuming his likely renomination."

LIPSMAN RAISED significantly more money than any of her competitors for the Republican nomination, more than $65,000 according to campaign finance records. Her top contributor is Brian Johnson, vice president of Veterans Guardian who contributed $5,800. Other top contributors include cybersecurity consultant Charlie Platt of Arete Incident Response and Graham Abell, a student in Baltimore.

"While money may not necessarily win an election, we are going against Don Beyer, who is one of the richest men in Congress," said Lipsman. "I have commitments after the convention within the first 30 days to raise $500,000."

Lipsman was one of two immigrants seeking the nomination in the 8th Congressional District, and her Ukrainian roots are particularly relevant during this campaign season considering the war in Europe. On the campaign trail, she often mentions her background growing up in the Soviet Union and her family's immigration to America, which she frames as an escape from socialism.

In the neighboring 10th Congressional District, Republican Hung Cao is an immigrant from Vietnam who will be taking on incumbent U.S. Rep. Jennifer Wexton (D-10).

"They know first-hand the value of freedom and the threat of totalitarianism," wrote Chris Braunlich, president of the Thomas Jefferson Institute in a reaction to the convention results last weekend. "Together with an immigrant lieutenant governor and a child-of-immigrants attorney general, they represent the new face of America and of conservatism."

Braunlich says the selection of immigrants from the Soviet Union and Vietnam are a repudiation of the narrative from the left that conservatives are "anti-immigrant." Democrats say they welcome a discussion of immigration, especially in the 8th Congressional District. According to Census records, 28 percent of residents in the district are foreign born, mostly from Latin America and Asia.

"These are not moderate candidates. They are very much diverse candidates that speak to the older white voters that make up the Republican base," said Democratic strategist Ben Tribbett. "So don't expect to see some sort of mass exodus from the Democratic Party with these candidates that parrot Fox News talking points."