Actors portray parts of the set, as well as characters. 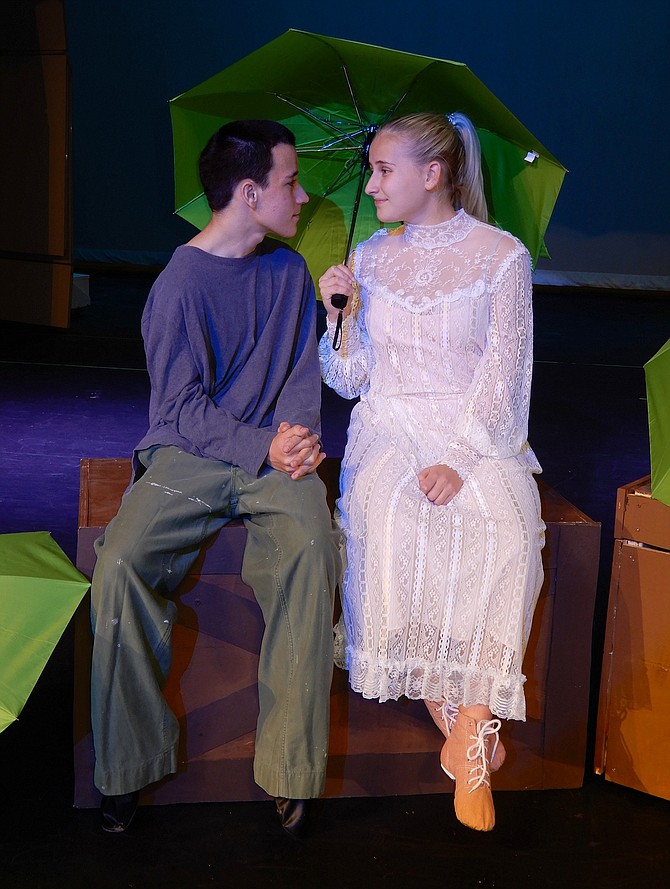 The prequel to “Peter Pan,” the play depicts how three, orphan boys on a ship called “The Neverland” meet Molly, an unlikely friend who helps them escape. She also shows them a trunk containing a mysterious substance, “starstuff,” that lets people be whatever they want to be. Pirates then sink the ship, but Molly, the boys – including Peter, and the trunk get to an island where further adventures ensue. 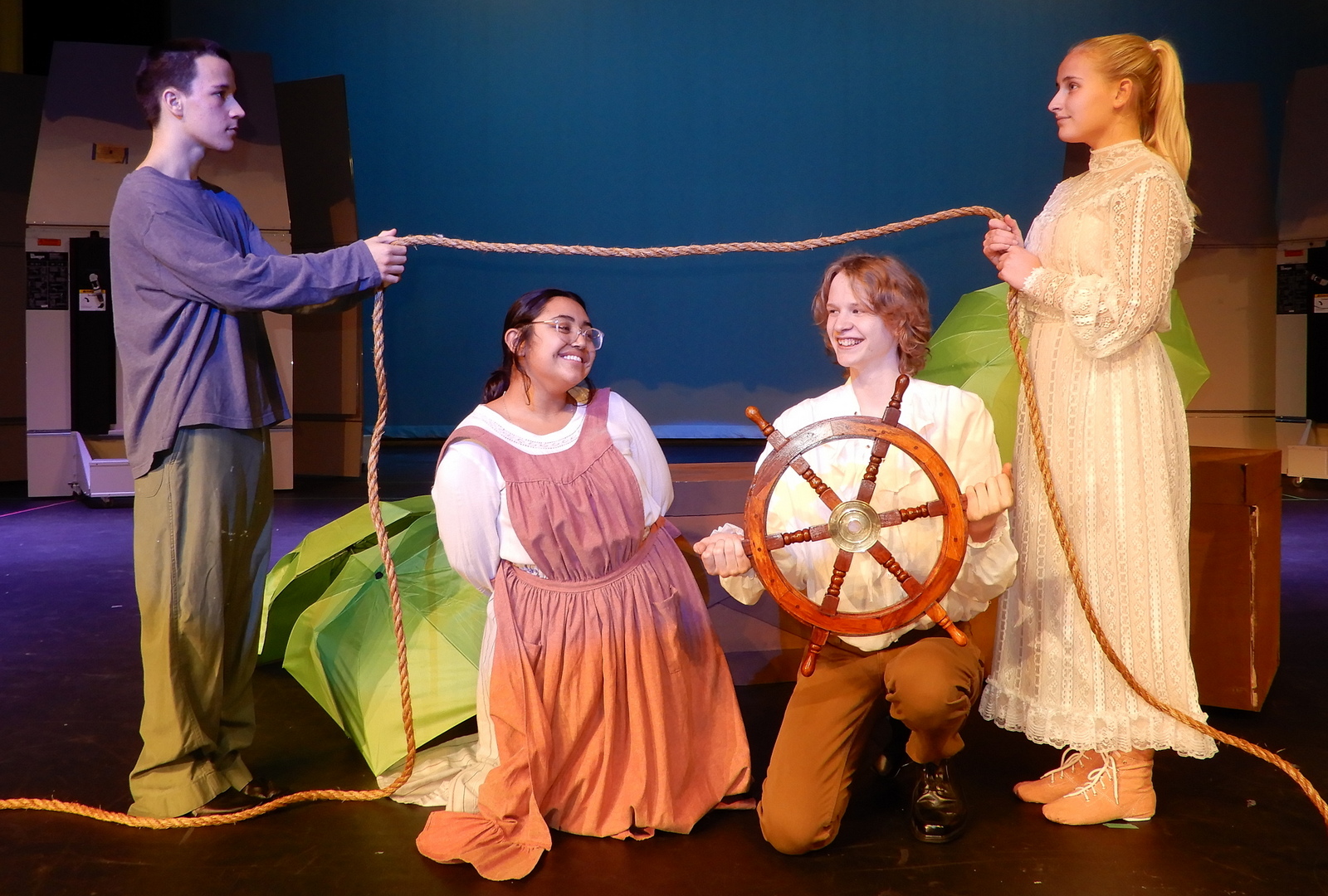 “The show’s about play and imagination, and the actors bring lots of that to their characters,” said Director Chris Whitney. “And we’re staging it so the magic happens right in front of the audience, rather than by special effects. We’ll also have a two-story set that’ll give the impression of an 1800s ship with ropes, sails and wood planks.

“The characters will swing on ropes and play on a slide, and we’ll use every inch of the stage. The actors will think back to the joy of playing at recess when they were kids and bring it to the stage and, in turn, to the audience. And they don’t just portray characters, but also set pieces, such as doors, tables, chairs and walls. They’re constantly changing and creating the set – even swaying to become part of the boat.”

Besides some traditional, 18th-century costumes, some characters will also wear modern clothing with a twist to make the story more familiar to the audience. And there’ll even be music.

“The show’s hilarious and fun,” said Whitney. “And deep down, it’s about finding your own identity and your family.”

Portraying Peter is senior Hank Hawkins. “He’s a very lost boy – an orphan who’s learned to survive on his own, but he’s miserable,” said Hawkins. “But Molly shows him a sense of adventure and sees something in him that no one else has ever seen before, and they have an instant connection. She gets him to finally start thinking outside himself, and he eventually evolves into the leader he was meant to be. Yet, although he grows up, a part of him never does.”

Calling Peter “a joy to play and uncover,” Hawkins said, “He’s a solemn character in an otherwise whimsical world. Even though the show goes to dark places, he eventually finds the wondrous spirit the entire show is centered around. I feel like Peter’s journey is parallel to my own because, through it, I’m growing into a leadership role.”

Hawkins said the audience will like “how unapologetically fun this show lets itself be. This play is pure storytelling, with the goal of engaging the audience in the action. And all the cast members have such a unity of spirit that combines to create a beautiful picture.”

Senior Coni Vigna is Molly’s understudy but will also get to perform this role onstage. She said her character is 13 and is always seeking more knowledge. “She’s really curious and independent, with a sunshiny personality; she’s a fun, positive girl.

“Molly likes making new friends and is also an apprentice starcatcher but wants to be a leader,” continued Vigna. “A starcatcher is someone who has secret powers that they can use to destroy the starstuff before it can be used for evil purposes.”

Loving her role, Vigna said she wanted to be like Molly at that age because “she’s adventurous and outgoing, not princessy and girly-girl. She’s also pretty comedic, and I love making people laugh.”

She said the audience will appreciate how creative this show is. “There’s really good music, and our set is going to be cool and amazing,” said Vigna. “This play takes the magic of ‘Peter Pan’ and makes it original and fun to watch.”

Portraying Smee, righthand man to the pirate captain, Black Stache, is junior Kaylee Williams. “He’s dedicated to Black Stache but also plays ukulele and sings,” said Williams. “He’s comedic, but always wants to work. And because of his intense loyalty to the captain, he’s funny without realizing it.”

“He’s really fun to play,” she continued. “I can be really big and extra and don’t have to tone things down. I like playing his ukulele song, and it’s fun to work with Isabella Jackson, who’s playing Black Stache. I also have to be manly and ‘aaargh!’ pirate-like.”

Because it’s not a serious show and is about being like a child, Williams said, “It’ll remind the audience of their own memories as children. And since it’s a prequel to ‘Peter Pan,’ a lot of the characters people will have heard of before.”

Senior Noah Murphy plays sailor Alf. “He’s a fun, goofy, quirky guy on ‘The Neverland’ – a ship full of dirty, gross sailors,” said Murphy. “But he’s a nice guy; he helps the orphans and gives them hope. And he even falls in love with another character. He doesn’t have much social awareness, but people like him and his personality.”

“I enjoy playing him,” said Murphy. “I get to be quirky and physical, doing weird, odd motions. And I also like portraying the dynamic between him and his boss, Bill Slank. Alf doesn’t like him because he’s not a good person, but he has to serve him, anyway.”

As for the audience, Murphy said, “People will love that this show is an ensemble piece with so many people onstage forming so many props and set pieces or being part of the background. Everybody is onstage almost all the time, and it’s really cool to watch everything come together.”