I-66 Express Lanes Open out to Gainesville
Votes

I-66 Express Lanes Open out to Gainesville

Officials cut ribbon on the $3.7 billion express lanes project where tolls and carpooling are part of the picture. 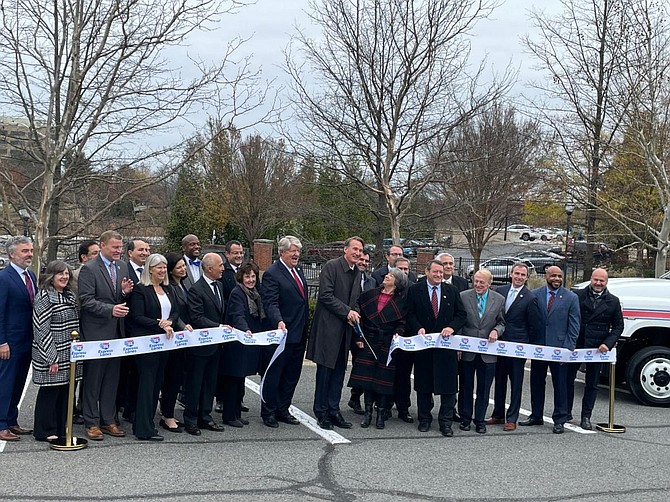 With scissors in hand, Gov. Glenn Youngkin (R-VA) cuts the ribbon for the I-66 express lanes. Youngkin was not on hand for the opening of the Silver Line Extension earlier in November.

It was a victory for car commuters this week as officials cut the ribbon on the I-66 express lanes outside the beltway, opening up an option on this heavily traveled interstate highway between I-495 and Gainesville in Prince William County.

“Today’s ribbon cutting celebrates the opening of the 66 Express Lanes, the cornerstone of the Commonwealth’s efforts to transform I-66 into a reliable travel corridor that will move more people through Northern Virginia and the Washington, D.C. metropolitan area,” said Gov. Glenn Youngkin, who helped cut the ribbon alongside officials including W. Sheppard Miller III, Virginia Secretary of Transportation; Stephen C. Brich, VDOT Commissioner; Thomas Nelson Jr., Federal Highway Virginia Administrator; Jeffrey McKay, Chairman of the Fairfax County Board of Supervisors; and Ann B. Wheeler, Prince William County Board of Supervisors. Youngkin was not on hand for the opening of the Silver Line Extension earlier in November.

On a 22.5 mile segment of I-66 from the Capital Beltway (I-495) to Gainesville, there are now two Express Lanes and three general purpose lanes in each direction to give drivers a choice. To travel on the express lanes, it will take an E-Z Pass that will collect tolls from vehicles with one or two passengers, but vehicles with three or more passengers can use the lanes for free, providing they have an E-Z Pass Flex that can be switched to the "toll free," status. The tolls vary depending on the amount of traffic on the road at that particular time. They call this "dynamically-tolled," where the dollar figure is adjusted to maintain a smooth flow of traffic.

“The multi-modal mega-project – among the largest public-private partnership (P3) infrastructure projects in the United States this century – has been funded by $3.7 billion in private investment, including approximately $2.2 billion in design-build costs, an up-front $579 million concession-fee payment to fund additional transportation improvements along the I-66 corridor, $800 million in transit subsidy over the 50-year term of its contract with VDOT (through 2066), and $350 million for future I-66 corridor improvements,” according to  I-66 Express Mobility Partners announcement.

“Toll prices will fluctuate depending on the amount of traffic and the time of day,” the instructional video states, and the dollar figure on the video goes up and down but seems to stay under $10 on the website. Out on the road though, the amount on the I-495 Express Lanes has reached $20 and more during rush hour. Only time will tell if this will be similar on I-66.

The lanes opened in phases, typical of road projects of this size. The first section located between Gainesville and Route 28 in Centreville, opened early on Sept. 10, followed by the lanes between Route 28 and I-495 opening in the westbound direction on Nov. 19, and in the eastbound direction on Nov. 22. Overall, the new express lanes opened ahead of schedule, VDOT said.

In the afternoons, it’s the same heading west between 3-7 p.m. On weekends and federal holidays, travel inside the beltway on I-66 is free.

There are plans in action to extend the I-495 express lanes on the southern part of the beltway to the Woodrow Wilson Bridge, and officials are looking at other plans to extend the lanes across the American Legion Bridge into Maryland in the north. On I-95, the express lanes are being extended south to Fredericksburg. 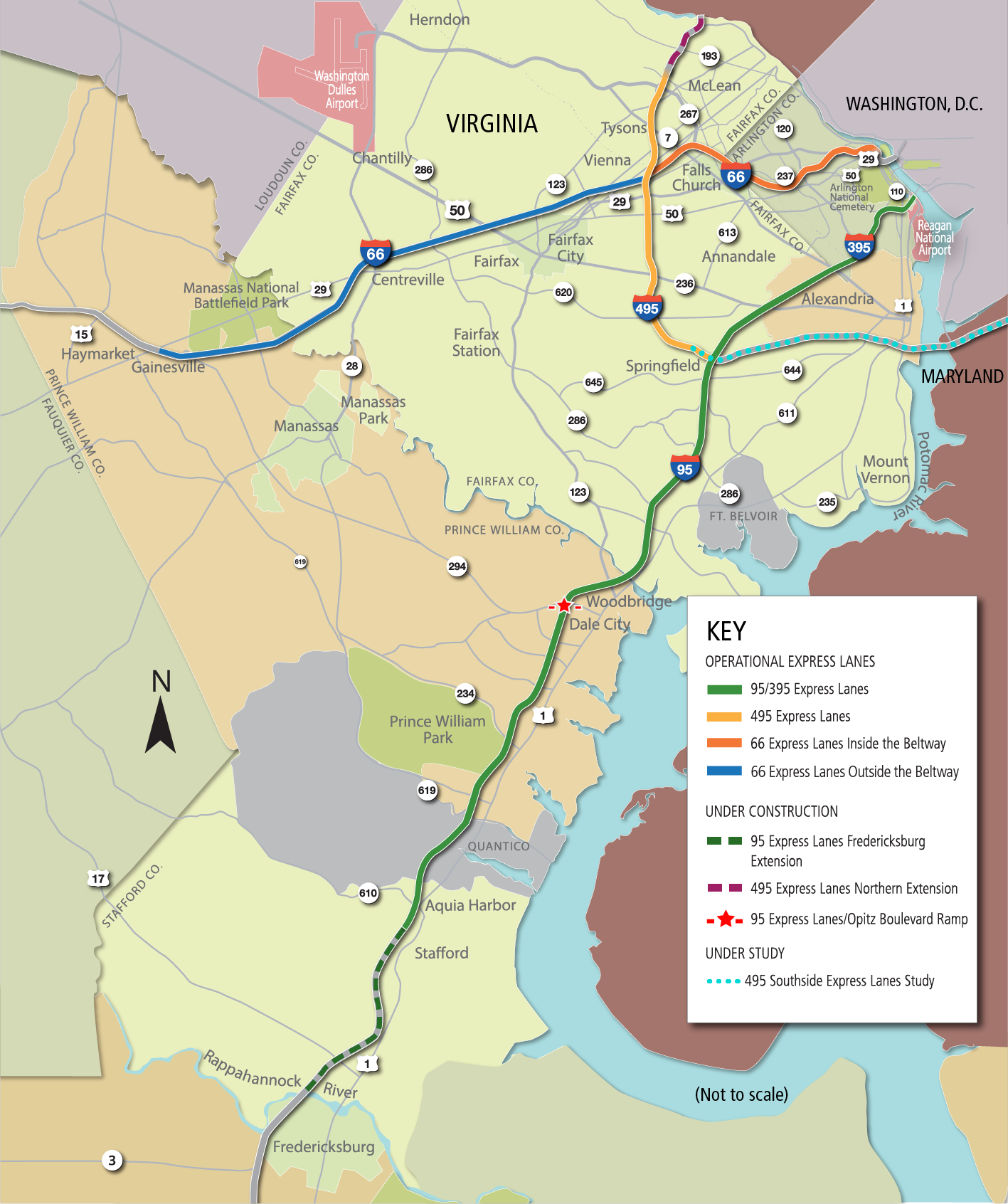