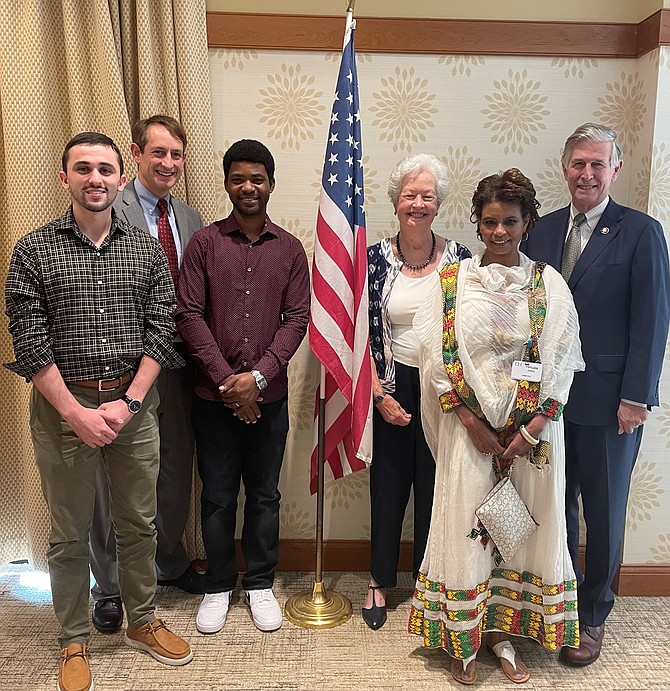 “Our program began in 2018 when one of our residents, Rita Siebenaler, had the idea that our staff could benefit from a program for a clearer path to citizenship,” said Goodwin Living president and CEO Rob Liebreich. “Twenty-five percent of our staff are not U.S. citizens. They want to become citizens but just don’t have the funds to make it happen.”

“Becoming a citizen is about representing the U.S. values of equity, inclusion and opportunity for all,” said Cherchar. “That is why I wanted to become a U.S. citizen and today I am proud to be an American.”

Goodwin House residents volunteer to tutor the employees to prepare for their citizenship exams.

“Today was so fulfilling, so joyous,” said Judy Hansen, a Goodwin House resident and coordinator of the tutoring program. “The ceremony is so important to me and reminds all of us what it means to be an American, because I think we forget.”

The program has been so successful that Goodwin Living has extended the citizenship program to the spouses and children of employees and created a Citizenship Playbook to help other institutions implement similar programs.

Said Azene on attaining her citizenship, “I now feel fully complete and part of the American family.”