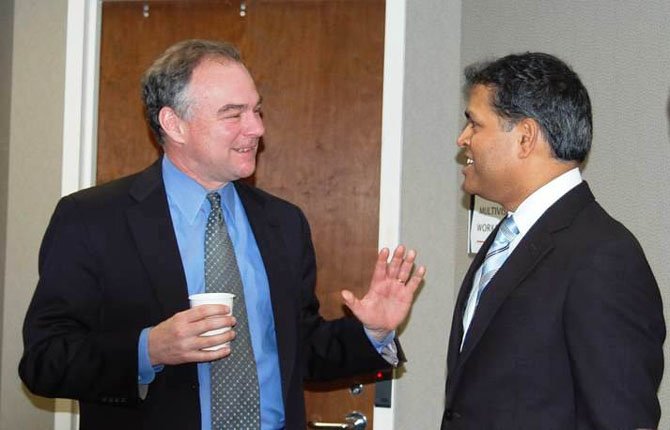 Former Virginia Gov. Tim Kaine, who is campaigning for the U.S. Senate seat vacated by Democrat Jim Webb, visited Multivision in Fairfax on Thursday, Feb. 23. He spoke with students and staff, and said he was motivated to visit the workforce development company after meeting founder and president Srikanth Ramachandran (right) last fall.