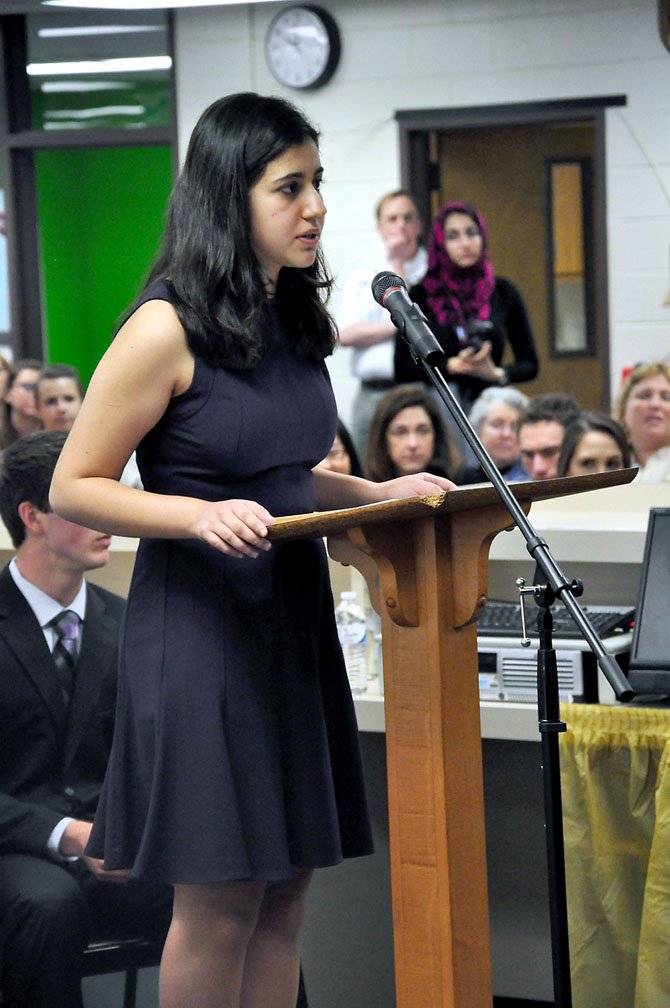 Langley High School’s senior class spent Monday, March 19 going over two Supreme Court Cases with a fine-tooth comb, as part of the school’s annual Case Day. The event, now in its 20th year, allows the class to break down an upcoming case that will be heard by the Supreme Court, with students serving as counsel, justices, presenters and many other roles.