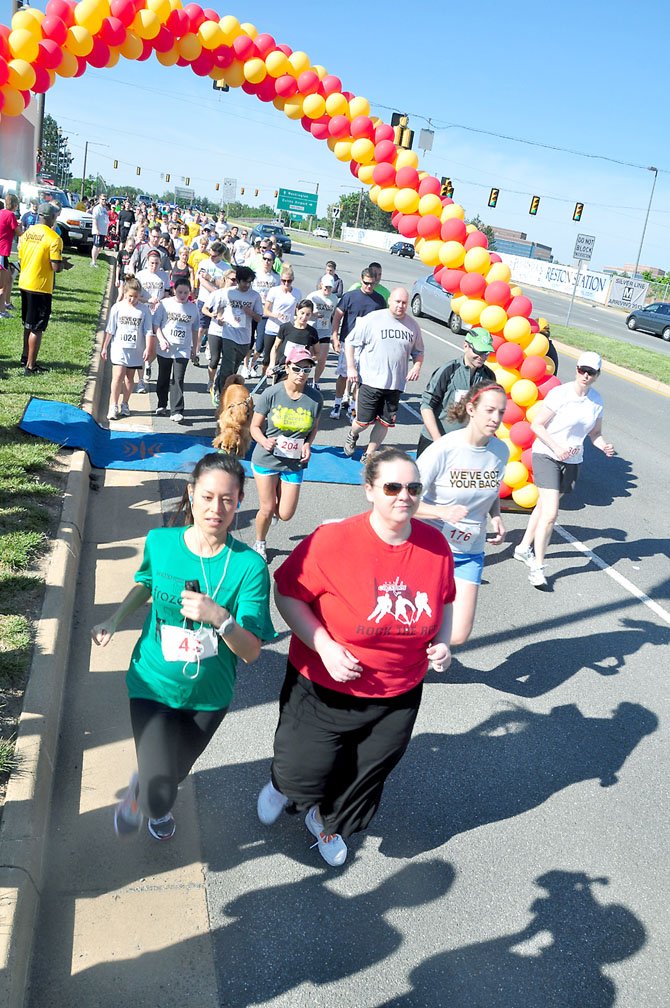 Runners start the fifth annual "We’ve Got Your Back" 5K in Reston Saturday, May 12. The event raised more than $100,000 for the Spinal Research Foundation.