Raising Funds for Back Health
Votes 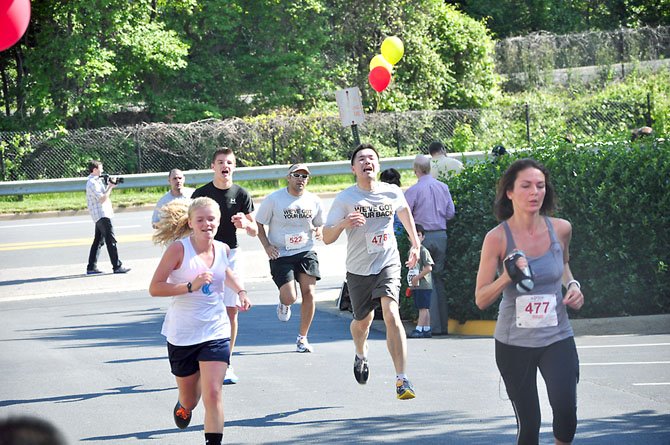 Runners cross the finish line during the fifth annual "We’ve Got Your Back" 5K in Reston Saturday, May 12, which raised more than $100,000 for the Spinal Research Foundation. Photo by Alex McVeigh.

Reston — In his 20s Ray Pugsley was a national-level runner, in competition to compete in the 1992 and 1996 Olympic games. But he hurt his back in 1996 and underwent a procedure then, and another one in 2003. While that might seem like something that could end his running career, Pugsley has flourished since then. 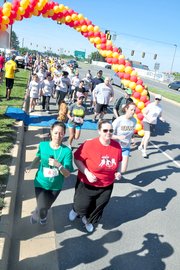 Runners start the fifth annual "We’ve Got Your Back" 5K in Reston Saturday, May 12. The event raised more than $100,000 for the Spinal Research Foundation.

"Since the fusion, I’ve been able to run at a high level," he said. "After I turned 40, I was able to do what’s called master’s running, and I got myself back in shape and have been able to compete."

Pugsley is one of the owners of Potomac River Running, which has a location in Reston Town Center, and he also serves on the board of the Spinal Research Foundation, which hosted the fifth annual "Watch Your Back" 5K run Saturday, May 12 at the Virginia Spine Institute in Reston.

"Between the success I’ve had after my surgery and my connection to the local running community, I’m always happy to support these events," Pugsley said. "My life was changed by my surgery, and without it I couldn’t be running a four-and-a-half minute mile with a chunk of metal in my back."

DR. TOM SCHULER, president and CEO of the Virginia Spine Institute and founder of the Spinal Research Foundation, said that nine in 10 people experience back pain during their lives, but many are afraid to seek out treatment.

"People come to us and think their life is over, that they can never golf or do anything physical again," Schuler said. "But the truth is, with modern spinal health care, your life improves. We have so many great stories running here today." 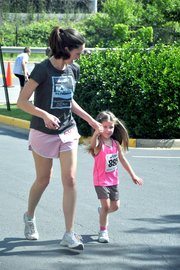 Lisa and Lillian Johnston, 4, of Reston run in the fifth annual "We‘ve Got Your Back" 5K to raise funds for the Spinal Research Foundation Saturday, May 12.

The run featured more than 800 participants and raised more than $100,000 for the Spinal Research Foundation.

"This is our fifth year, and we’ve grown exponentially, and we’re looking forward to the day we outgrow this site," he said.

David Nielsen underwent a spinal fusion surgery in 2000 and was told his condition would preclude him from rejoining the military. He credited the foundation for writing letters and going to bat for him to get him back into the service.

"Right after 9/11 I decided I wanted to get back in and they said my L-5 fusion was a disqualifying thing, I couldn’t get back in," he said. "While I was able to everything I had done before and then some, it took me a whole year of fighting the system before they told me I needed to pass the conditioning test, which I was able to do."

During deployments to Iraq and Afghanistan, Nielsen suffered injuries that required further procedures, including the placement of an electronic stimulator. He said that his fusion has held up to the most punishing circumstances.

"Every time they looked at my x-rays, they would ask, ‘who did that fusion? That thing is holding up strong,’" he said. "Towards the end of my career, I was making a jump from a place 25,000 feet in the air, and I had a malfunction, my chute wrapped around my ankle and whipped my leg up toward my head, so I was upside down and had to cut myself out, but the fusion held strong."

SEVERAL MEMBERS of the Washington Redskins who have had experience coming back from back injuries were at the event. Safety Reed Doughty had a fusion about four years ago.

"I was in a lot of pain and not able to perform at an optimum level, I couldn‘t even enjoy playing with my kids," he said. "The Virginia Spinal Institute and the Spinal Research Foundation have done a lot for me, to help me get back out on the field doing what I love to do. I‘ve been able to compete at a high level after my spinal fusion surgery."

More information on the foundation can be found at www.spinerf.org.