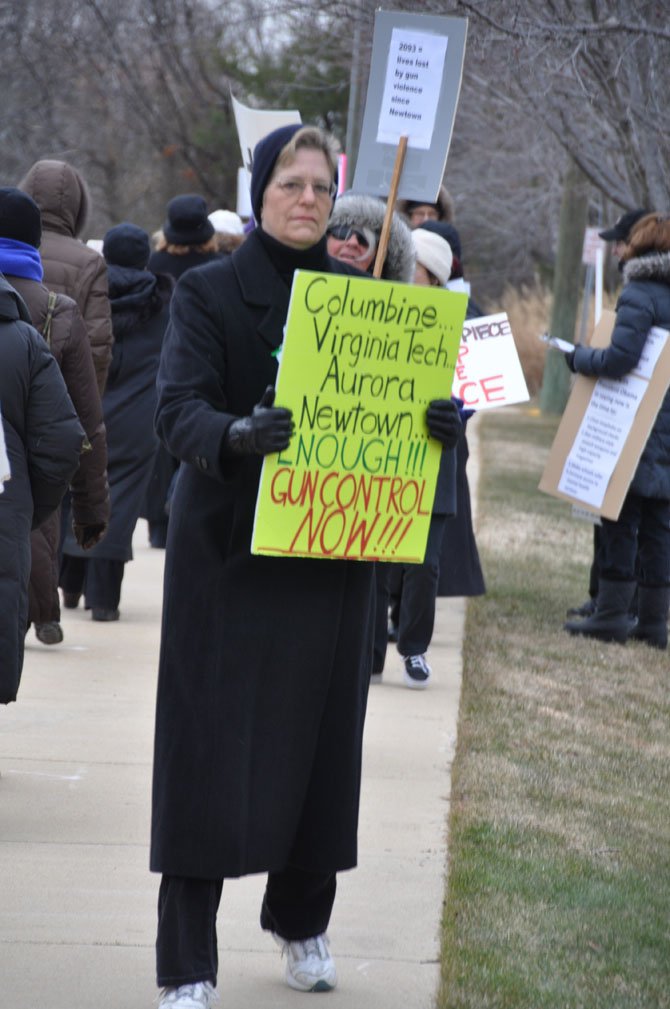 Members of the Reston-Herndon Alliance to End Gun Violence gathered at the National Rifle Association headquarters in Fairfax Friday, Feb. 22, to advocate for stricter gun laws. This was the group’s second such protest, where more than 30 members carried signs citing statistics about gun-related deaths.