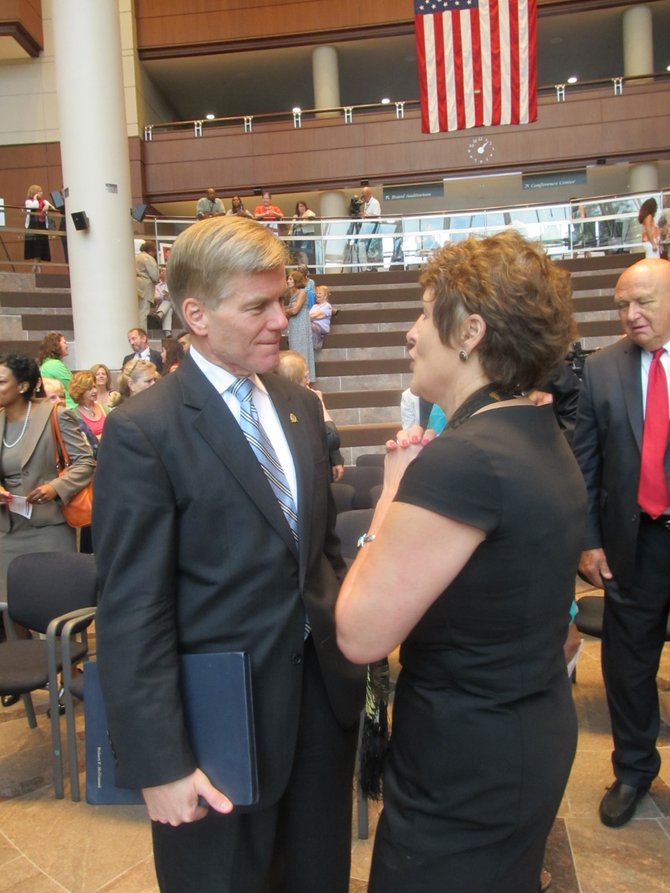 Nannette Bowler, director of the Fairfax County Department of Family Services, served as mistress of ceremonies for the event to promote the Governor’s “Virginia Adopts: Campaign for 1,000” initiative held Tuesday, July 30.