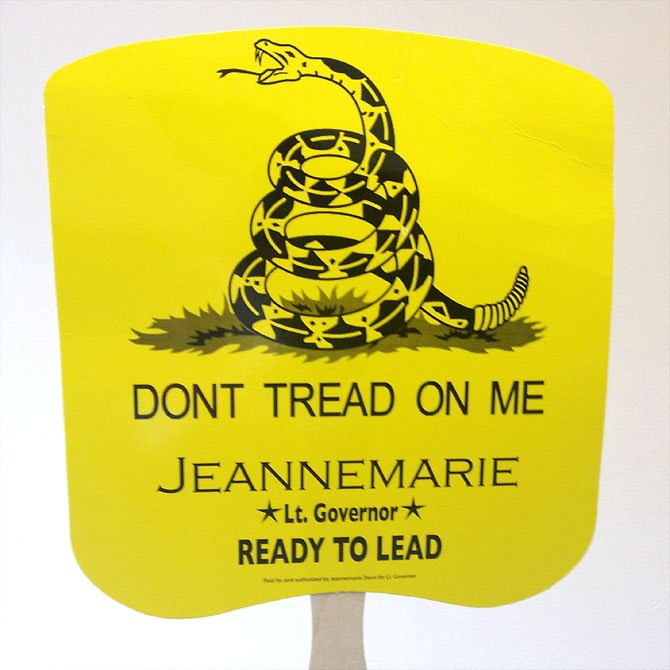 The Jeannemarie Devolites Davis campaign tried to adopt the symbol of the Tea Party, but she was eliminated in the first round of voting.