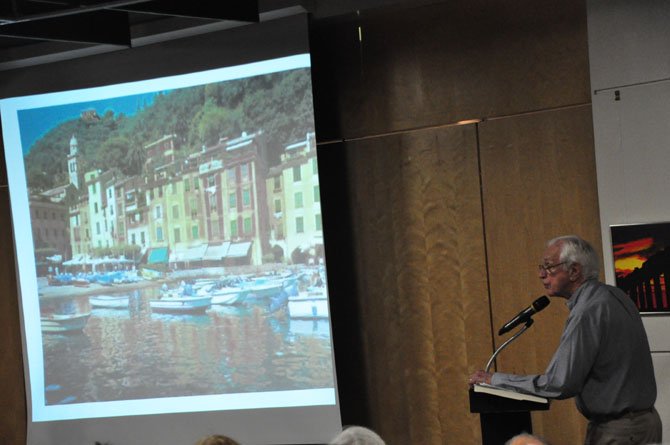 Richard Speier, a resident of Hickory Cluster, shows a photo of Portofino, Italy, which is what the architecture of Lake Anne Plaza is based on. Speier spoke at the Reston Community Center Lake Anne Thursday, May 23.

There is a small elevated concrete platform just south of the Lake Anne Plaza. According to the writing on the platform, it was built in 1963. But the plaza wasn’t completed until 1964.