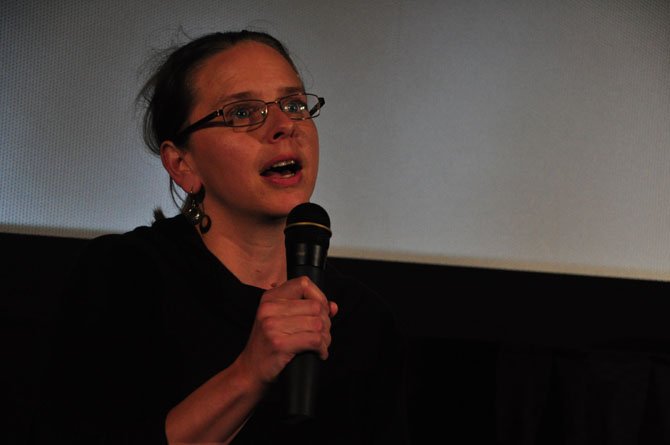 Local filmmaker Rebekah Wingert-Jabi speaks at the Washington West Film Festival in Reston about her Peabody Award-winning film “My Neighbourhood.” Wingert-Jabi, a Reston native, is working on a film about Reston for her next project.