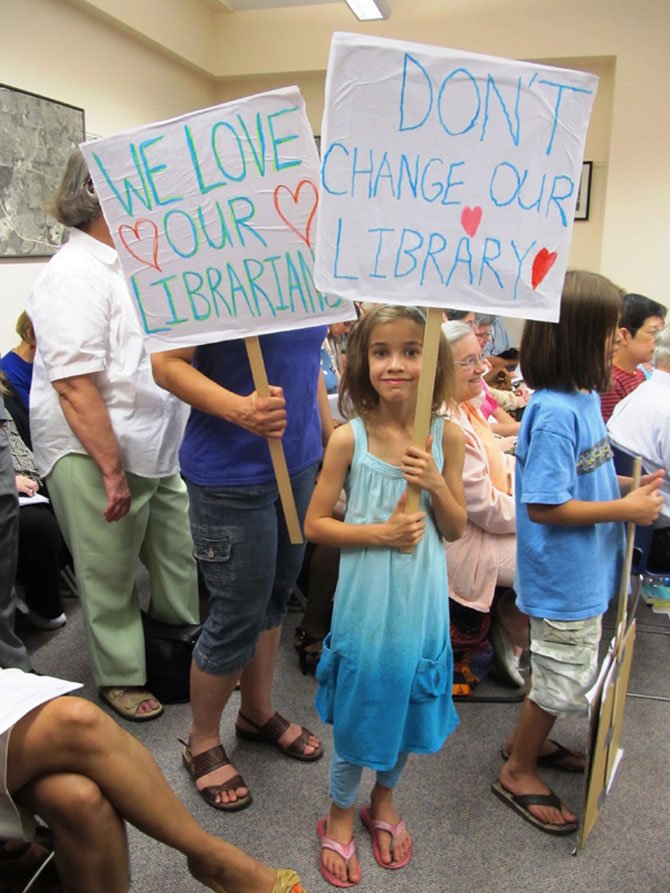 The Clements family of Fairfax held up signs protesting proposed “beta” changes during the Sept. 11 Fairfax County Library Board of Trustees meeting held at George Mason Regional Library in Annandale. More than 250 critics of the plan attended the meeting.