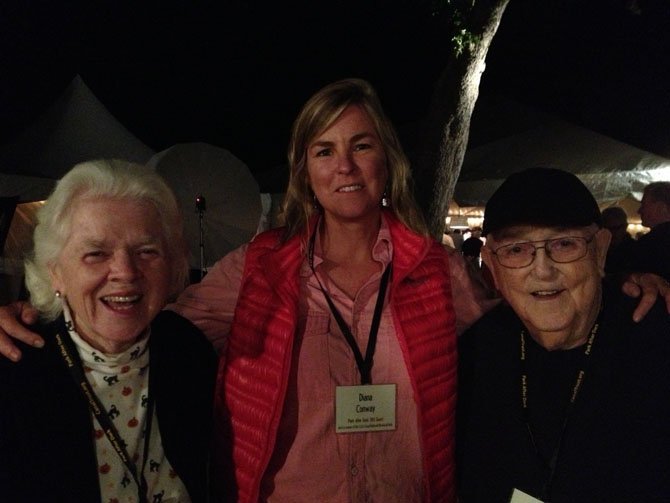 Elie Pisarra Cain, founding member of The Friends of Great Falls Tavern, with Diana Conway and Ted Cain at Park After Dark, the signature event of Canal Trust on Saturday, Sept. 28.

Before the Lights Went Out

About 50 hours before the entire 185-mile length of the C&O Canal National Historical closed because of the shutdown of the federal government, more than 300 people gathered at Great Falls Tavern to celebrate its beginnings 75 years earlier.