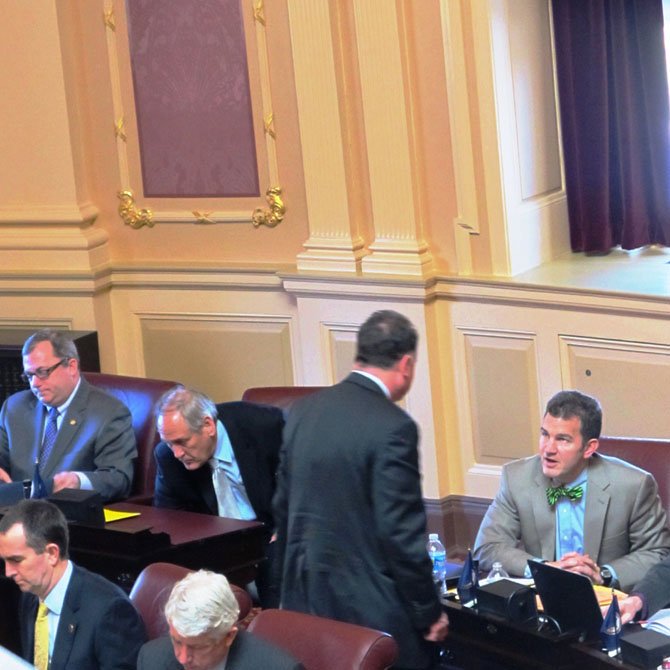 Sen. Chap Petersen (D-34), sitting, confers with a colleague during last year’s General Assembly session. After the session ended in February, it was disclosed that federal and state authorities had launched an investigation regarding gifts given to then-Gov. Robert McDonnell (R) and his family. The investigation served to heighten public awareness of Virginia’s lax financial disclosure laws.

As members of the Virginia General Assembly convene for the first time since last February, legislators are stampeding to introduce ethics legislation in response to the gift scandal which engulfed then Gov. Robert F. McDonnell (R). The revelations last spring about numerous undisclosed gifts and purported loans from businessman Jonnie Williams to McDonnell — including a $6,500 Rolex watch engraved to the "71st Governor of Virginia" and $35,000 in gifts and catering for his daughters’ weddings — shined a spotlight on Virginia’s porous financial disclosure laws.