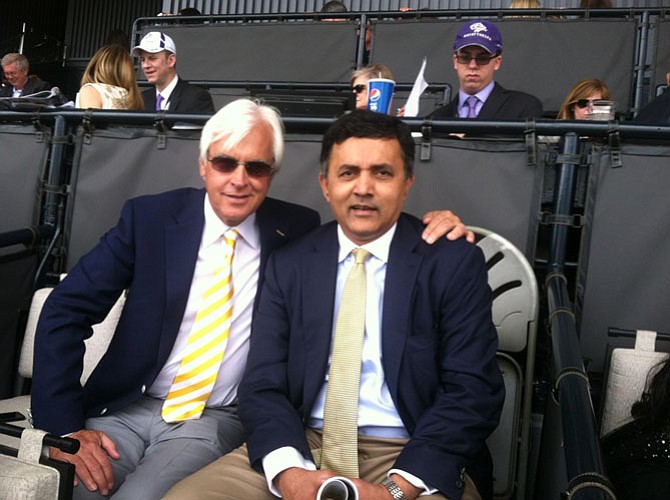 Kaleem Shah with Bob Baffert before the 2014 Breeders Cup which Bayern Won at Santa Anita Park.

Meet the Vienna man who owns the favored horse in the Kentucky Derby.

Kaleem Shah won’t have a wager on Saturday’s Kentucky Derby. “I do not gamble,” he says. But he will have much more than a rooting interest. Shah, who lives in Vienna, is the owner of Dortmund, one of the favorites in this year’s Run for the Roses.