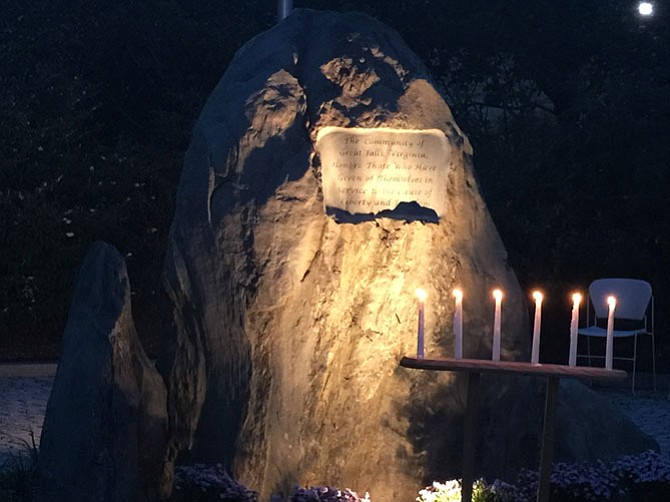 The Great Falls Freedom Memorial: “The Community of Great Falls, Virginia Honors Those Who Have Given Themselves to the Cause of Liberty and Freedom.” U.S. Rep. Barbara Comstock (R-10) lit the six candles, one for each Great Falls resident who died in the terrorist attacks of 9/11.