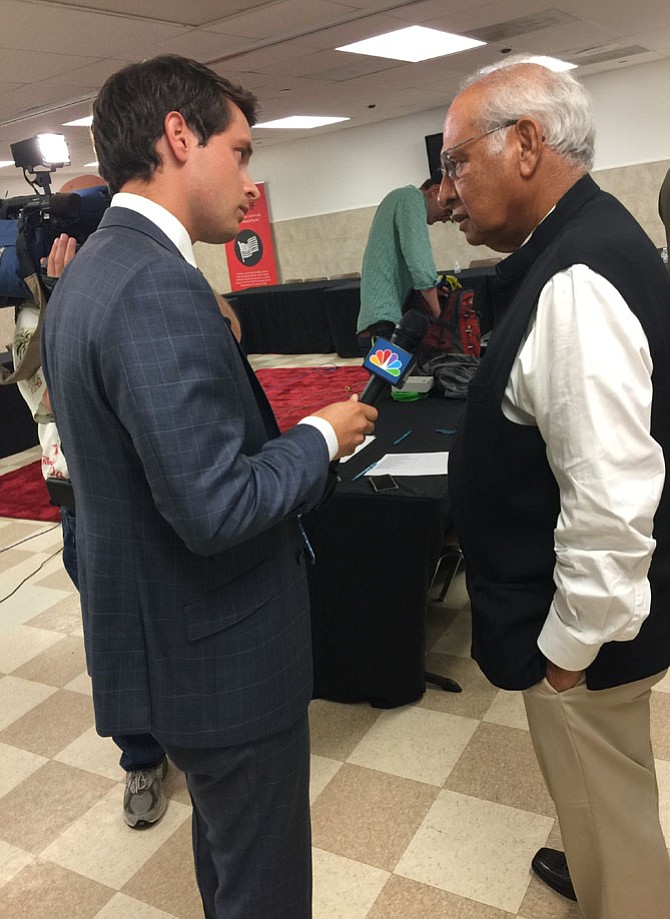 Mohsin Alikhan, president of the McLean Islamic Center, talks to a reporter after an interfaith roundtable forum hosted by Sen. Timothy M. Kaine (D-Va.) at the All Dulles Area Muslim Society (ADAMS) center on Thursday, July 21. During the forum, Alikhan asked Kaine whether he would still visit the center when he’s vice president. Kaine, who had not yet been tapped as Hillary Clinton’s running mate, smiled and said that he would visit “regardless of title.”