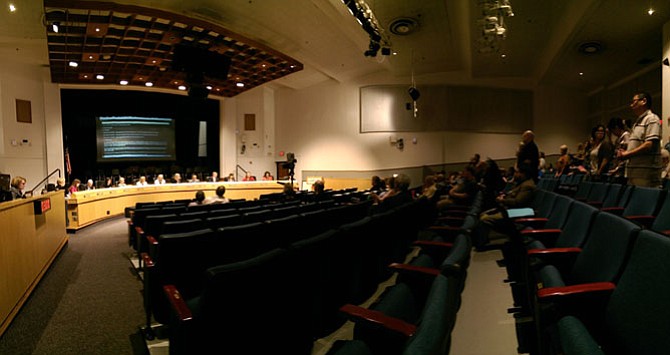 After nearly three hours of debate, the FCPS School Board voted 9-3 in favor of adding sexual orientation and gender identity to the nondiscrimination guide in the student handbook.

Discussion moves to a work session

School Board members debate whether students should be held accountable.

Students in Fairfax County Public Schools started the 2015-2016 school year without the words “sexual orientation” or “gender identity” as part of the nondiscrimination guide within their student handbook.