School Board members debate whether students should be held accountable. 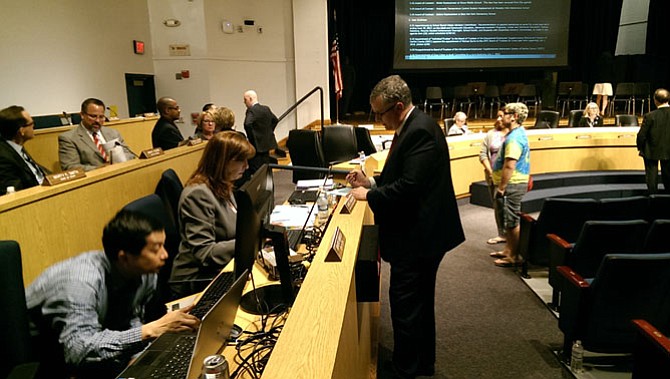 After nearly three hours of debate, the FCPS School Board voted 9-3 in favor of adding sexual orientation and gender identity to the nondiscrimination guide in the student handbook. 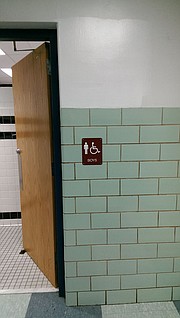 Use of bathrooms by transgender students has been a controversial topic nationwide.

Students in Fairfax County Public Schools started the 2015-2016 school year without the words “sexual orientation” or “gender identity” as part of the nondiscrimination guide within their student handbook.

While the School Board approved adding those two terms to the laundry list of other qualities and characteristics for which no employee or student in the system should be discriminated against or excluded because of, the new language didn’t automatically appear in the handbook, the Students Rights and Responsibilities.

The error was an “oversight,” according to Superintendent Dr. Karen Garza and board chair Pat Hynes.

In order for the handbook to reflect the current policy, which was updated with the additional terms in November 2014 and May 2015, the board needed to amend its action on approving the 2016-2017 student handbook.

What was billed in the agenda as a mere administrative action of aligning the handbook with existing policy became a heated debate at the School Board’s June 9 business meeting.

Opponents of passing the handbook update said the process had been rushed and that the community should have a chance to weigh in on changes that will directly affect how their children may be disciplined.

A private consultant was hired to review current practices affecting transgender students and compare them with other schools around the country, but the findings and conclusions have yet to be released.

At-large member Jeanette Hough, who was just elected to the board last fall, was critical that the body hasn’t been briefed in a year.

“We don’t have clarity as adults,” Hough said. “How can we ask students to sign something we haven’t discussed?”

“Why haven’t we talked about it in 399 days?” Schultz asked.

Sully representative and another recently elected member Tom Wilson also cited the lack of discussion as a reason for his multiple amendments in favor of postponing a vote on approving the student handbook.

“We haven’t had those conversations, those discussions,” he said. “We need to do better.”

Though Hynes reminded that the Students Rights and Responsibilities is not “an implementation plan of policy.”

“It’s not a question of whether that policy is clear,” Hynes said. The current handbook should, she continued, reflect “existing language of our policy at this point.”

After nearly three hours of debate, the board voted 9-3 in favor of At-Large member Ryan McElveen’s amendment to update and align the language in the student handbook. Hough, Schultz and Wilson were the “no” votes.

Video from the June 9 meeting is available online at www.youtube.com/watch?v=jMS21yVGqdY&feature=youtu.be.