Who's in Charge?
Votes 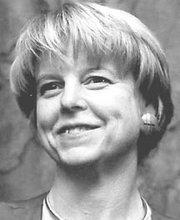 Potomac is governed at the county and state levels. The county government consists of an elected nine-member County Council and an elected county executive.

Five of the councilmembers are elected from districts, with Potomac, Chevy Chase and Bethesda represented by District 1 Council member Roger Berliner (D). The other four members are elected at large, or by voters from the entire county. This is to ensure that Potomac residents are represented on County Council by five of the nine members: the District 1 member and four at-large members.

Councilmembers and the executive serve four-year terms, and the Council appoints a president and vice president who each serve a one-year term.

The Council meets as a whole on Tuesdays, with committee meetings throughout the week. Public hearings on proposed legislation usually take place on Tuesday and Thursday evenings at the Stella V. Werner Council Office Building, 100 Maryland Avenue, Rockville.

Council meetings, as well as news and analysis shows dealing with the issues raised, air on the County Cable Channel 6.

Potomac is represented in County Council by the District 1 councilmember and four at-large members. Visit the council Web site at ww.montgomerycountymd.gov/council.

The County Council is a public body subject to local and state sunshine laws. Unless otherwise noted, all meetings are open to the public. Closed sessions are allowed in certain prescribed circumstances, such as to discuss personnel matters or government real estate acquisitions, or to receive advice from attorneys.

The Council offers free subscriptions to the weekly mailing of the Council and committee agendas by e-mail, and the cable television schedule of broadcasts of Council sessions. To get on the mailing list, call Legislative Information Services 240-777-7910 or e-mail the Council at county.council@montgomerycountymd.gov

Other councilmembers, representing districts outside of Potomac:

The eight-member board is the county’s official educational policy-making body and is responsible for the direction and operation of the public school system.

Although board members are divided into regions (Potomac falls in District 2) in order to ensure that there is representation from different geographical areas of the county, all members are elected at-large. There is one student member of the board who is elected by the middle- and high-school students of the county. The student member’s vote does not count in certain cases.

To contact the School Board, go to www.mcps.k12.md.us/boe, call 301-279-3617 or fax 301-279-3860. The web site is updated regularly with Board of Education agendas, minutes, announcements, invitations for public comment on new policies and other information. E-mail for any Board of Education member should be sent to boe@mcpsmd.org. E-mail is shared with all members of the Board.

The state legislature convenes in Annapolis for 90-day sessions to consider and pass legislation. The session begins in early January and ends in early April. Potomac is represented by Districts 15 and 16. Maryland has a bicameral legislature with 141 delegates in the House and 47 senators in the Senate.

The 8th Congressional district of Maryland covers about half of Montgomery County and a small part of Prince George’s County.