Movies with a Mission
Votes

Movies with a Mission

"Traces of the Trade: A Story From the Deep North." Whip and manacles reportedly found at The Mount, the mansion originally built by James DeWolf.

"Blacks Without Borders: Chasing the American Dream in South Africa."

"From Florida to Coahuila." 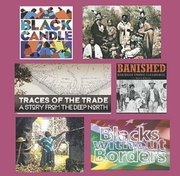 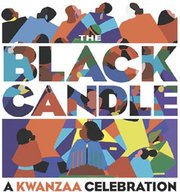 "The Black Candle: A Kwanzaa Celebration."

"The Language You Cry In"

The Alexandria Black History Museum is partnering with SankofaSpirit to share its "Movies with a Mission" with local audiences. This new monthly series begins on Saturday, Oct. 10, and continues on the second Saturday of each month through Saturday, March 13. Screenings begin at 4:30 p.m. at the museum, 902 Wythe Street, and will be followed by a discussion and gallery walk.

"Movies with a Mission" are free monthly films from and about Africa and the African Diaspora that seek to inform and inspire dialogue. Reservations are requested, as seating is limited. For more information or to make a reservation, call 703-838-4356.

&lt;cal2&gt;"Traces of the Trade: A Story From the Deep North." In the series premiere, this film follows the disturbing journey of discovery into the history and "living consequences" of slavery. Katrina Browne discovered that her slave-trading ancestors from Rhode Island were not an aberration. Rather, they were the most prominent actors in the North’s vast complicity in slavery, buried in myths of Northern innocence. Browne, a direct descendant of slaver Mark Anthony DeWolf, and nine other descendants, traveled from Rhode Island to Ghana to Cuba and back, revisiting the Triangle Trade that made the DeWolfs the largest slave-trading family in U.S. history. "Traces of the Trade: A Story from the Deep North" is Browne’s spellbinding account of the journey that resulted.

&lt;cal2&gt;"Blacks Without Borders: Chasing the American Dream in South Africa." This ground-breaking documentary takes a heartfelt look at the emotional journey of a group of African Americans who called it quits in the U.S. to start a new life in South Africa, chronicling 12 modern-day globetrotters who have uprooted their lives in pursuit of their dreams and are finding that America is not the only land of opportunity. The film provides a candid and touching tale of sacrifice, hardship and great rewards by U.S.-born citizens as they adjust to the cultural differences and combat negative perceptions that America may garner in other parts of the world.

&lt;cal2&gt;"The Black Candle: A Kwanzaa Celebration." This landmark, vibrant documentary uses Kwanzaa as a vehicle to explore and celebrate the African-American experience. Filmed across the United States, Africa, Europe and the Caribbean, "The Black Candle" is a timely illumination on why the seven principles of Kwanzaa are so important to African-Americans today. It traces the holiday’s growth out of the Black Power Movement in the 1960s to its present-day reality as a global, pan-African holiday embraced by over 40 million celebrants.

&lt;cal2&gt;"Banished." This documentary investigates ethnic cleansing in post-reconstruction America. How did three U.S. towns make African Americans disappear? Filmmaker Marco Williams visits some of the whitest counties in the country to confront the legacy of "banishment" — a wave of racial purging that tore through the South 100 years ago. The wounds of history are opened as Williams sits down with KKK leaders, white residents of these all-white communities, as well as descendants of the banished alike.

&lt;cal2&gt;"The Language You Cry In." This film tells an amazing scholarly detective story that searches for — and finds — meaningful links between African Americans and their ancestral past, bridging hundreds of years and thousands of miles from the Gullah people of present-day Georgia back to 18th-century Sierra Leone. It recounts the even more remarkable saga of how African Americans have retained links with their African past despite the horrors of the middle passage, slavery and segregation.

&lt;cal2&gt;"From Florida to Coahuila." The final film in this series explores the African legacy in Mexico and focuses on Africans who escaped from slavery in the United States and made their way to the Spanish colony of Florida. There they intermarried with the Seminoles and eventually moved into Mexico and gradually integrated into that culture. A fascinating exploration of a cultural identity that transcends the constraints of political borders!

Founded in 2002, Atlanta-based SankofaSpirit is dedicated to providing cultural and educational programs and services that focus on Africa and the African Diaspora. Through its program and services, SankofaSpirit encourages people of African descent to reconnect with their great legacy. For more information, visit www.sankofaspirit.com.

The Alexandria Black History Museum is located at 902 Wythe Street in the historic Parker-Gray community and is open from Tuesday through Saturday, 10 a.m. to 4 p.m. To learn more about the museum and Alexandria’s rich African-American heritage, visit www.alexblackhistory.org.