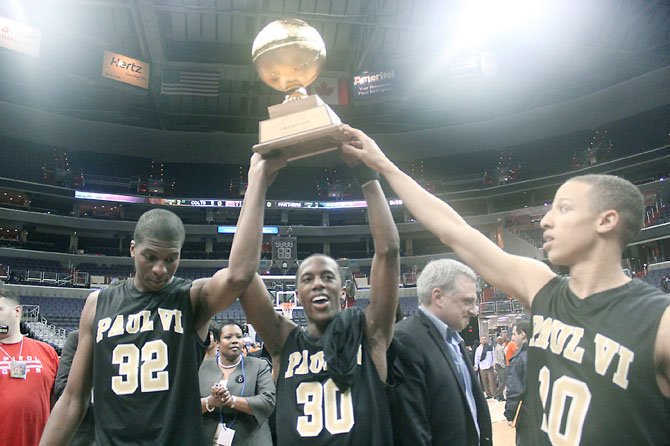 Led by a trio of seniors, the Panthers raced out to a quick 10-2 lead and did not trail in the game, though Coolidge made the game interesting in the final minutes. However, game MVP and PVI senior forward Coleman Johnson provided a huge offensive rebound and put-back to help seal the deal, and senior guard Patrick Holloway, set to play at George Mason University next school year, put the final nail in the coffin with a mid-range jump shot with just over 35 seconds remaining.

PVI students, families, staff, alumni and alumni parents crowded the Verizon Center to watch the school compete in and capture its first D.C. City Title. Closing the season at 35-3, the Panthers retained their No. 1 ranking in the Washington, D.C. Metropolitan area, and are ranked between 8th and 16th in the nation depending on the media outlet.