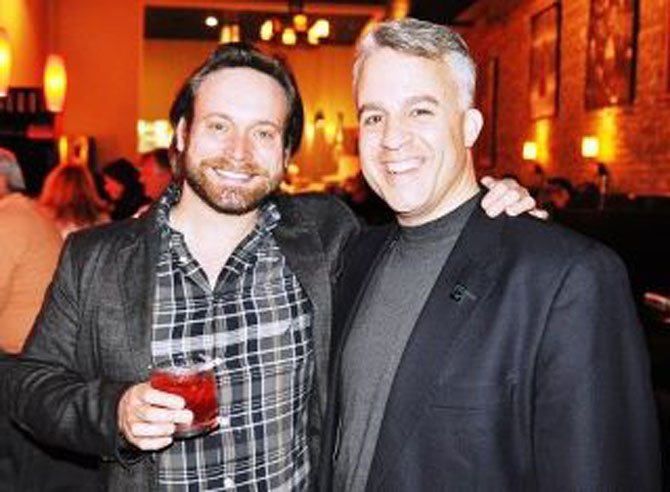 Alexandria — Twelve years ago, the George Washington Birthday Celebration Committee was looking for a way to get the local restaurants involved.

Sharon Sobel, who served on the committee for the past 12 years, said, “We had talked about various kinds of food-related events, and had trouble figuring out what the logistics would be. We came up within this idea, and with help of restaurant owners and the committee, we got it going.”

That idea is called The Cherry Challenge. It is “a unique culinary competition only open to Alexandria restaurants.”

The culmination of this year’s competition (the fourth annual) coincided with the George Washington Birthday Parade.

Twelve restaurants participated the first year, while this year there was 20 participants. Sobel and others are hoping that it will continue to grow.

Hundreds of patrons enjoyed dishes that the restaurants created that utilized cherries in some fashion.

Each person who ordered the dish or menu item was supplied with a ballot so that they could judge the menu item on taste, presentation and creativity. Scoring was done by rating both the number of ballots submitted, and how each dish rated in the palates of the citizens who ordered the items.

Votes were tallied up the week of Feb. 12, and the winners were announced from the parade grandstand during the George Washington Birthday Parade. RedRocks Fire-Roasted Cherry Blossom was also served at the annual Birthnight Ball that was held at Gadsby’s Tavern.

Sobel said, “Some were very close races, so we take into account how many ballots were submitted.”

The competition has four categories that restaurants are allowed to consider: starters, mains, desserts, and drinks. Restaurants can choose one category, or more than one.

“I really enjoyed this event — it’s been a great week, but maybe not for my waistline,” said Danny Smith, who visited several of the participating restaurants throughout the week. King St. Blues’ Cherry Cobbler wasn’t a new concoction, but rather a revival — it was the same recipe used when the dish was featured on its original menu.

The winning restaurants were invited to ride in the George Washington Birthday Parade, on Feb. 20.