A Center of Community Life
Votes

A Center of Community Life

McLean Community Center offers something for everybody. 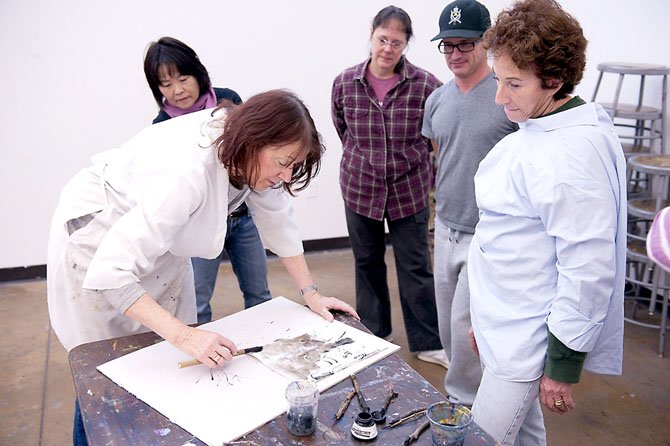 Students at a McLean Community Center art class work on one of their pieces. Lisa Helfert

McLean — Founded in 1970, the McLean Community Center aims to connect residents of almost every age and interest. It is funded by a tax district that collects 2.2 cents for every $100 of assessed real estate value in the district.

A yoga class at the McLean Community Center, one of the many programs and classes offered.

The Alden Theatre is one of the MCC’s signature features. A 386-seat theater, it is home to groups such as the McLean Community Players and a host of special events. It is named after Robert Alden, a former editor at The Washington Post.

"It’s a special place, and the programs they put on are a true testament to the best our culture has to offer, both locally, nationally and internationally," said James Berkner of McLean, a longtime supporter of the theater. "Last Spring’s guest, Aasif Mandvi [of Comedy Central’s ‘The Daily Show’], was an absolute delight, just smart, incisive observations and humor."

The Alden’s box office is currently closed, but tickets for the 2012-13 season will go on sale Oct. 3 for McLean district residents and Oct. 10 for the general public. Among the scheduled performances are Henry Ford’s Golden Rod Puppets on Oct. 27 and a selection of rare silent films Nov. 14.

The McLean Community Players will also kick off their latest season Oct. 26 with A.R. Gurney’s "What I Did Last Summer," dealing with a family’s conflicts at a vacation colony in the closing days of World War II.

For those who aren’t theatrically inclined, or just looking for something to do on the Alden’s off days, the MCC offers a wide variety of classes and other programs from topics such as cooking, art, senior fitness and technology.

"I’ve found the community center is a great resource anytime you’re trying to pick up a new skill. In my free time, I’ve found the selection of programs to be wonderful," said Julie Sands of McLean. "I’ve taken a few cooking classes there, which I think are my favorite, but there’s definitely been some good art classes as well."

Harold Bluth says he enjoys yoga classes at the MCC, which he started doing with his daughter.

"After I retired, my daughter was on a mission to find something to keep me active, and something we could both benefit from," he said. "It’s been a lot of fun, and it certainly has kept me active."

More information on the MCC can be found at www.mcleancenter.org.