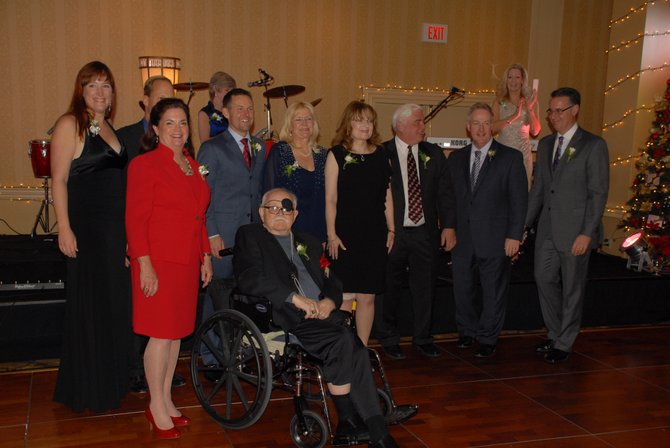 Past chairs of the Greater Reston Chamber of Commerce were recognized at the 30th Anniversary Gala. Photo by Amiee Freeman.

It was a veritable who’s who of Reston Saturday night, Dec. 1, as the Reston Chamber of Commerce celebrated its 30th anniversary at the Sheraton. Former and current chairs of the Chamber of Commerce, political and community leaders, and chamber members were on hand to commemorate 30 years of business development, to reflect on past achievements and to look to the future.

“Tonight we recognize those who went before us and built the chamber,” said Mark Ingrao, president and CEO of the Greater Reston Chamber of Commerce.

When the Reston Chamber of Commerce started in 1982, the Reston of today did not exist. Reston Town Center had not been built. The Internet and the boom that would come with it and help grow Reston and the Dulles corridor was unheard of. Businesses needed some persuading that Reston was worth the risk.

“In the early years, the Reston Chamber of Commerce was almost a bit of an economic development organization as Reston was a bit of a far-flung business center,” said Michael Clarke, chairman on the Reston Chamber of Commerce from 1999-2000. “A lot of effort was devoted to raising the awareness of the business community that there was a business center in Reston and it was a great opportunity to locate a business in Reston. Today when people talk about technology and businesses and the first area that comes to mind now is Reston.” 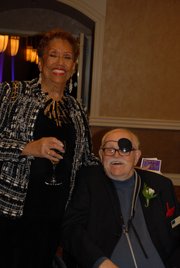 DEL. KEN PLUM was credited by Ingrao with the “foresight to call business leaders together” in the late 1970s and early 1980s. These first informal meetings at Hidden Creek Country Club grew into what became the Reston Board of Commerce. The “pent-up demand” for representation of the business community and for a desire to be a viable part of Robert Simon’s vision for Reston is what led to the tremendous success of the Reston Chamber of Commerce, said Plum.

Along with the desire to grow business possibilities, the business leaders also had a strong sense of social consciousness, said Plum. “There have been a lot of changes in Reston in the past 30 years, but the Reston Chamber of Commerce never lost it social conscientiousness. These business leaders came together to build a solid business community to benefit the broader community and to fit into the framework for Reston, which Robert Simon created. It was delightful to be part of it.”

In addition to its role in social and community development, the Reston Chamber of Commerce has also played a public policy role, supporting the building of roads and infrastructure.

Incoming chamber Chair Jane Raymond feels that one of the biggest recent successes the chamber has had is helping bring Metro to Reston. “We’ve had such a great success in terms of being an advocate for rail to Dulles, so certainly that whole position with the realization of the opening Metro station and the coming Silver Line is very exciting,” said Raymond.

Marion Myers, 2006-2007 chair of the chamber, agrees that one of the greatest successes of the chamber has been in facilitating the process that is bringing rail to Reston. “We did a lot of lobby work and organization and community work with the rail project, breaking up rail to Reston into two projects,” said Myers, referring to the phases in which the rail line is being built with Phase I and the Weihle Ave. Metro station scheduled to open in 2013.

MANY FOUND IT HARD TO BELIEVE that 30 years had flown by so quickly. “We started this 30 years ago here at Sheraton, with Pat Kane and Karl Ingebritsen. We joined to meet fellow members and here we are 30 years later; it’s a blink of the eye,” said Larry Swartz, a founding member of the Reston Chamber of Commerce.

Many more looked to the future. “We want to continue to attract more businesses to Reston—it is such a dynamic community. Reston is such a jewel,” said Raymond.