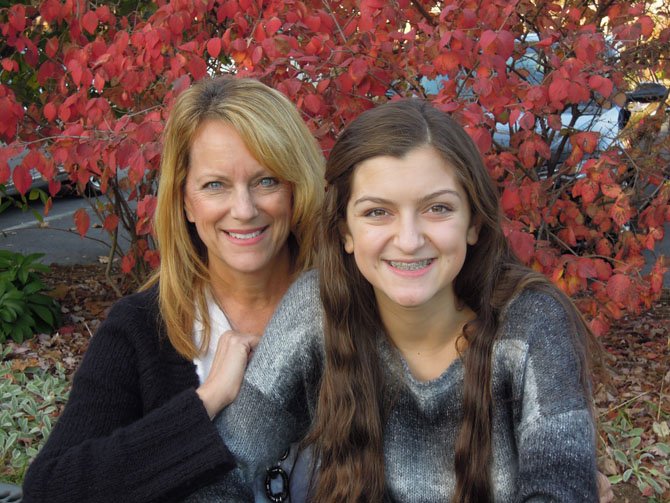 Mackenzie Testa with her mother Betsy. Photo by Tazeen Ahmad 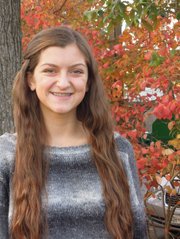 Potomac — Mackenzie Testa, a Churchill High School sophomore, is gearing up to make it big in the pop music industry. Mackenzie, 15, who writes her own songs, recently released three new singles on iTunes and said she draws from things happening in her life for her songs. 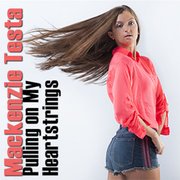 “Pulling on My Heart Strings” 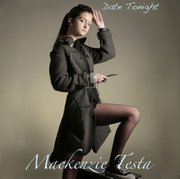 Mackenzie’s friends at Churchill are very supportive of her work. Sara McAlister, who cheers for the varsity team, said that when she thinks of Mackenzie she thinks of determination.

Mackenzie’s mom, Betsy Testa, takes care of everything behind the scenes. Until they find a manager for Mackenzie Betsy Testa is filling that role

“I am just there to support. It is great watching her develop. I am learning as we go,” Betsy Testa said.

“Mackenzie is establishing her presence in the industry with her specific genre. This area lends itself to so much opportunity for music and the arts,” Betsy Testa said. She said programs like the Strathmore CityDance program, which Mackenzie joined in seventh grade, make this area a great place to be for what Mackenzie is trying to do.

“Mackenzie is a student that came in with a passion for hip hop but also a wonderful facility for contemporary dance. She loves to perform. She really comes alive when she is asked to learn new choreography and to perform in front of a live audience. She is beginning to combine her dance skills and her performance skills with her love of music and is looking forward to making some music videos,” Spiegler said.

Mackenzie has been dancing since she was 4-years-old but over the last couple of years she said that she has developed a love for singing and song-writing. Mackenzie gets inspiration from artists like Taylor Swift and Demi Lovato.

“Taylor Swift is one of my favorite artists right now. Definitely because she writes all her own stuff,” Mackenzie said. Demi Lovato is another favorite, “She just has an outstanding voice. I love her music too,” said Mackenzie.

Mackenzie dances five days a week for two hours or more. She takes Fridays off to be with her friends or take in a football game. Sundays are mostly dedicated to homework. Apart from singing, songwriting, dancing and homework Mackenzie also babysits one night a week.

“I know I need to start paying for my own stuff. I asked my parents for a lot when I was little so I am learning the value of money along with all of this,” Mackenzie said.

This month Mackenzie will perform in the Churchill High School production of American Bandstand, a Blast tribute in honor of Dick Clark. The show will be held this weekend.

Mackenzie plans to release her first album and a music video next summer. She plans to work on the album and video after the Blast is over.

“I want to keep performing, keep recording music and pursuing my dance because they are both just as important,” Mackenzie said.