Competition Not Required for Public-Private Partnerships 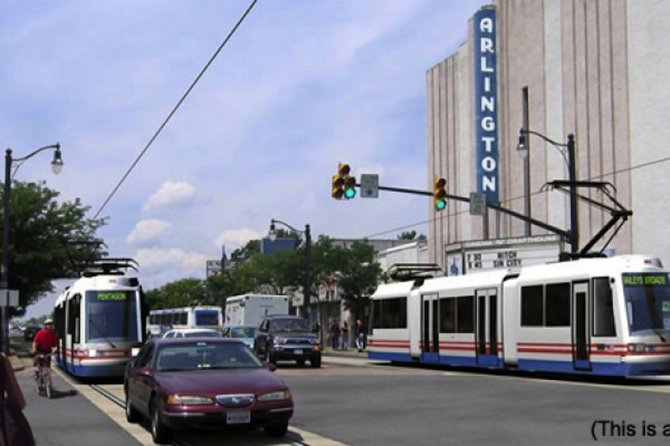 Over the objections of several citizens and one of its own members, the Arlington County Board approved new guidelines for public-private partnerships to build transportation projects last week. The discussion was contentious at times, with new member Libby Garvey clashing repeatedly with other board members. Garvey agreed with several speakers who criticized the guidelines as lacking protections — especially for not requiring more than one bid be considered. The debate is particularly important now because the county is on the verge of potentially approving a public-private partnership to construct a streetcar line on Columbia Pike.

“There are no protections written into these guidelines,” said Garvey. “They ensure nothing. They leave everything open.”

Under the guidelines approved last week, the county government could receive an unsolicited bid for the streetcar project. Then, after a 45-day period, the county government could approve a contract even though no other bid has been submitted. Garvey asked other members to require a second bid be part of the process, but other members of the board did not feel that was appropriate. Garvey responded that she felt the guidelines were particularly problematic given the push to move forward with a streetcar system she campaigned against.

“The streetcar has not received public review,” said Garvey.

“The streetcar has had a significant amount of public review,” responded County Board Chairman Mary Hynes.

“I don’t think our public feels that way,” Garvey responded.

Several of the speakers agreed with Garvey that more than one bidder should be required. They argued that allowing the county to move forward even without receiving a competitive bid could create a problem, especially if a larger company is ready to move faster than a smaller company.

“Competition is not required,” said William Vincent, a transportation professional who lives in Arlington. “In fact, under the existing guidelines you could have a no-bid contract issued worth hundreds of millions if not billions of dollars.”

SUPPORTERS OF THE GUIDELINES said they shouldn’t be too prescriptive because transportation projects can range from paving a road and filling a pothole to constructing a multi-million streetcar system. As a result, advocates of the guidelines said, requiring a second bid might not be reasonable. They also argued that requiring an outside review may not be necessary in all cases, which is why they say the guidelines should not require an outside review in all cases.

“It depends on the project,” said County Manager Barbara Donellan. “If I get a proposal for paving, I have experts on staff that can look at that.”

Garvey argued that the guidelines should have a cost threshold so that smaller projects such as paving would have different rules than larger projects such as the streetcar system. A majority of County Board members disagreed, expressing confidence that the county government would not move forward with a project unless adequate safeguards were in place. One opponent of the streetcar system encouraged the County Board to move forward because he felt they would derail the project.

“What you approve will be a mistake. However, I support you doing it because the unintended consequences will actually be adverse for a project that I’ve been opposing for a number of years,” said Robert Adkins, a frequent critic of the County Board. “You are about to make a mistake. Please continue your track record and do so.”

SEVERAL SPEAKERS called on County Board member Chris Zimmerman to recuse himself from voting on the guidelines because he has a consulting contract with AECOM Canada East. Because AECOM is likely to submit an unsolicited bid for the streetcar system, they said that Zimmerman should not participate in the process.

“Mr. Zimmerman may well have the appearance of a conflict of interest because his client will undoubtedly seek a contract in the future from the county,” said Audrey Clement, co-chairwoman of the Ecoaction Committee at the Green Party of the United States. “And the guidance adopted by the county tonight will be the vehicle by which it secures the county’s business.”

Zimmerman read a statement denying he had any conflict of interest, adding that his consulting work is in Canada and has no relationship to the bid that may be submitted in Arlington.

“Part-time legislators do outside work,” said Zimmerman at the end of a four-hour debate. “I have no basis for recusing, as attractive as that might have been here tonight.”