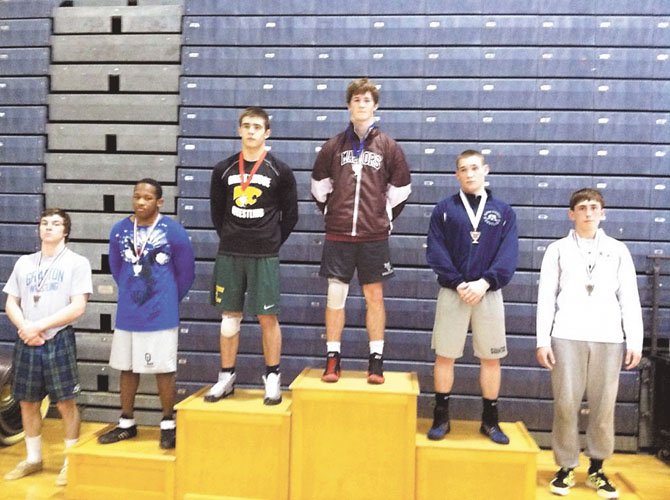 The Majors defeated Thomas Jefferson 56-12 and T.C. Williams 54-15 on senior night before completing their regular season Jan. 27-28 at the Ocean Lakes Invitational. Mount Vernon placed three wrestlers in the finals: Cody Marino (126 pounds), Floyd and Nathan Haro (220). Floyd defeated a wrestler from Great Bridge, 7-5, in the finals to improve to 48-0 on the season. Marino and Haro each placed second in their respective weight classes.

Mount Vernon will compete in the National District tournament on Saturday, Feb. 4 at Stuart. 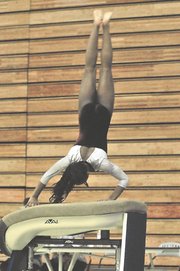 Mount Vernon's Kyla Watson earned an 8.2 and placed 14th on vault during the National District championships on Jan. 26 at MVHS. Watson qualified for regionals on floor with a sixth-place finish and a score of 8.75.

Mount Vernon’s Kyla Watson earned a trip to regionals as an individual with a top-eight performance on floor. Watson placed sixth with a score of 8.75.

Ethan Lane-Singletary placed second in the 100Y freestyle for Mount Vernon with a time of 51.01.

Facing elite competition, West Potomac senior Sara Jane Underwood placed ninth in the high school girls’ mile at the U.S. Open held at Madison Square Garden on Jan. 28, according to the school’s Web site. Underwood’s time of 5:03.65 was a personal best for a full mile. Her 1600M time of 5:01.89 broke the previous West Potomac record of 5:07.04, set by Heather Murray in 1995.