Asbestos removal at the old T.C. Williams High School in Alexandria added unexpected time and money to the project. Photo by Louise Krafft.

It’s a dirty job, but somebody’s got to do it. Yet labor advocates say the people who are licensed to remove asbestos may not be fully aware of the dangers posed by toxic chemicals. That’s why Sen. Adam Ebbin (D-30) and Sen. Barbara Favola (D-31) have introduced legislation to tighten regulation on the industry, creating new restrictions on how workers are licensed and increased notification of the dangers of working with asbestos. 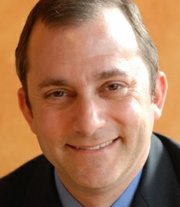 Workers who handle asbestos are required to pay $320 for a 32-hour training course. At the end of the training course, asbestos removal companies will administer a test of the material. Last year, a handful of complaints were filed with the Virginia Department of Professional and Occupational Regulation that employers were openly giving the answers to employees during the test. Those complaints sparked the Labors Mid-Atlantic Regional Organizing Coalition to approach Ebbin about introducing legislation take the power to give tests out of the hands of companies and put it in the hands of regulators.

“Keep in mind that in some cases these workers are not functionally literate, so they struggle with the written exam,” said Steve Lanning, of Labors Mid-Atlantic. “If it’s known on the streets that this company will fail you and you still owe them $320 for the training, people will go someplace else.”

THAT CREATES a business incentive for companies not to fail workers, a function of how the testing is administered. Ebbin’s bill is aimed squarely at changing that dynamic. Instead of allowing the companies to administer the tests, the bill would require the Board for Asbestos, Lead, Mold and Home Inspections to be responsible for making sure workers have absorbed the material. It would also require employees to provide each licensed asbestos worker with a written notice informing them that they have the right to work in a safe environment as well a as a summary of basic safety rules. 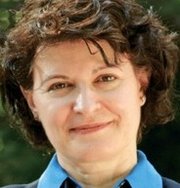 “I am very proud the Senate passed my asbestos worker’s protection legislation unanimously,” said Favola. “Asbestos workers have one of the most dangerous jobs in the commonwealth, and it is critical to ensure workers are well-trained and companies understand that there is state oversight body to protect both the public health and workers who handle dangerous asbestos.”

The vast majority of asbestos workers in Northern Virginia are Latino immigrants, many of whom have a tenuous grasp on the English language. As a result, Ebbin and Favola are concerned that the language barrier may be creating a situation where workers are handling toxic materials without a full understanding of the dangers.

“We’ve talked to enough workers in this industry to see a pattern of negligence and abuse on the part of contractors related to safety standards,” said Lanning. “Asbestos is a known carcinogen, and it just seems that these are not cumbersome and overly burdensome regulations.”

“What you see in a lot of these situations is that most companies who are involved in asbestos removal are doing things responsibly,” said Sen. George Barker (D-36). “The ones that aren’t behaving responsibly aren’t going to come to Richmond and ask us to let them continue behaving irresponsibly.”

The measure will now head to the House of Delegates after crossover next week.