Next up for Oakton is state championships meet Feb. 17-18. 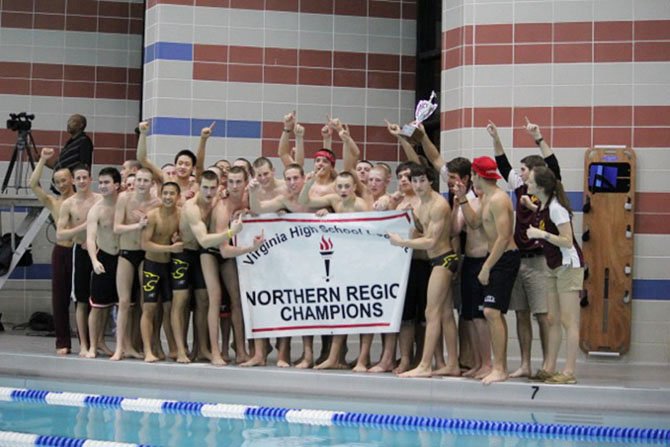 By By Katie Pierce

It marked the first time in Oakton’s history that the girls’ team has won the region title. The boys’ team, meanwhile, captured its third region crown in four years.

It has been 10 years since a school won region championships on both the boys’ and girls’ sides.

Oakton sophomore Janet Hu broke two regional records at the championship meet – in the 100-yard freestyle (49.52) and the 100-yard backstroke (53.76). Both swims qualified as Automatic All-American (AAA) times. In addition, Hu brought the Cougar girls’ 400 freestyle relay from behind to win the race with an All-American Consideration (AAC) qualifying time of 3:30.96.

Oakton, under head coach Parker Ramsdell, returns to the pool for the State AAA Championship Meet at George Mason University next Friday and Saturday, Feb. 17-18.