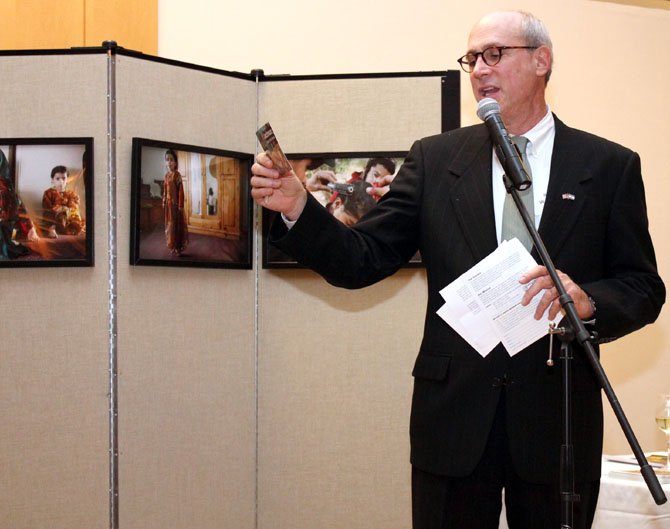 Congregation B’nai Tzedek in Potomac, held a reception on Tuesday, Feb. 7, for the opening of the “Last Jews of Yemen” photography exhibit — portraying one of the oldest indigenous Jewish communities in the Middle East, and the last surviving remnant of this ancient community.

The exhibit, consisting of 28 photos and journal entries, is sponsored by JIMENA, “Jews Indigenous to the Middle East and North Africa.” The exhibit will be on display at B’nai Tzedek through Feb. 29. A lecture series on the Jews of Yemen will be held at B’nai Tzedek, on Tuesdays, 7:30 p.m., Feb. 21 and 28.

The reception, held in honor of B’nai Tzedek’s Supporters’ Fund contributors, included a talk given by Josh Berer, who along with photojournalist, Rachael Strecher, spent three months living with the Jewish community in Sana’a, Yemen’s capital. Their photos and journals resulted in this exhibit. Free and open to the community. For information contact jabramson@bnaitzedek.org, www.bnaitzedek.org, or call the synagogue’s office at 301-299-0225.